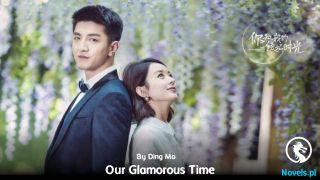 This was the biggest reason why the era was destroyed, born, revived, and slowly became stronger.

Therefore, when one reached the immortal realm, they would comprehend the primordial law.

And only in the immortal realm would it be easiest to comprehend the primordial laws. Later on, it would become obscure and difficult to understand.

Therefore, there were thirty-two steps in the immortal realm. It was to leave enough time for everyone to comprehend.

Ye Sheng had been comprehending before, and now that he had obtained the river of origin, this was his greatest weapon.

There are so many primitive laws in the river of origin that it’s hard to imagine. It’ll be very easy for me to comprehend it, and I won’t even be able to use it up when I’m at the immortal realm, Ye Sheng thought.

He began to contact his Earth clone and the ancient God clone through the black hole in his body.

From this realm onwards, the gods in the Divine Court started to walk differently from the ancient gods. If the ancient God’s clone wanted to learn, there was nothing to learn.

“You’ve broken through to the immortal realm. From now on, I’ll give you the origin. We’ll study the laws together.”Ye Sheng brought them all to his side and began to slowly comprehend.

Ye Sheng’s main body turned into a black hole and floated above the mountain peak. The ancient God clone was dazzling and extremely bright, making it impossible for people to open their eyes. It took up half of the space.

The Earth clone had been devouring the dimensions during this period of time, improving himself quite a bit. At this moment, he had turned into a dark abyss, completely different from the ancient God clone.

The original laws were released at this moment, forming a circle around the ancient God clone and the Earth clone. It kept spinning and drawing circles, and finally, it actually formed a Taiji diagram.

One was black and the other was white, interweaving together. Then, the two dots on the Taiji diagram were ye Sheng’s own eyes.

This was the law that Ye Sheng had comprehended himself. He started from the most basic of the Five Elements, comprehending them thoroughly before comprehending other things.

One black and one white, one positive and one negative, one bright and one dark. These two sides were perfectly contained within Ye Sheng’s body, and it was extremely harmonious.

Ye Sheng immediately began to burn all sorts of primitive laws, quickly comprehending them without the slightest bit of disharmony.

As Ye Sheng continued to improve, his speed was so fast that he forgot about time.

After the passage of metal, wood, water, fire, and earth, he began to comprehend all sorts of supreme laws. Life and death, yin and yang, time, space, fate, domination, eternal life…

These were not completely comprehended, but he had to slowly come into contact with them. Ye Sheng was comprehending them.

This kind of comprehension was very reassuring. Under the slow progress, great changes were occurring.

In the sky above the DAO College, a huge yin-yang diagram attracted the attention of many students. Everyone raised their heads to look. There were also some who wanted to investigate, but were stopped by the blue-robed senior.

The blue-robed senior warned the DAO college students not to disturb ye Sheng and let him slowly comprehend it alone.

This comprehension would last for ten years.

For ten years, Ye Sheng had been in the sky above the DAO College, in the state of the Yin-yang diagram.

For the past ten years, he had never woken up. He had been immersed in the ocean of laws, constantly roaming and strengthening himself.

Ye Sheng knew that he did not have much time and needed to improve himself faster. He would not give up such an opportunity.

It was not easy for him to obtain so much of the original source. If he did not treasure it well, it would be like sending away a heavenly object.

After ten years, the monastery was still the same monastery, while the chaos race was still quiet. It seemed that when the six paths of Cang Mountain and the others were released last time, the chaos race did not make a big fuss?

During these ten years, Ye Sheng did not care about the outside world. He immersed himself in his own laws wholeheartedly and carried out a deep level of comprehension, deepening his own understanding of the laws.

He did not plan to wake up yet.

During these ten years, he did not deliberately improve his own strength. He just slowly let it improve on its own. However, after ten years, it had reached the fifth step of being an immortal.

There were no changes in the monastery ten years ago and ten years later.

In the universe, there was actually no concept of time. The Universe was eternal, and time was fully reflected in the human body. However, in the universe, it often took hundreds of thousands of years to notice some changes.

The blue-robed senior’s beautiful hair fell down. She looked up at the Yin-yang diagram that Ye Sheng had transformed into with an indifferent expression.

After ten years, Ye Sheng’s yin-yang diagram could be seen everywhere in the monastery.

The longevity elder sat at the side, fishing. His eyebrows were lowered and he did not say a word.

“It’s a big commotion. It’s very likely that this era has come to an end,”the blue-robed senior sister added.

Old Man Changsheng’s wrist stiffened and he opened his eyes. He put down the fishing rod and said, “These are troubled times. Didn’t they say that there will be another hundred years or so?”

The blue-robed senior sister guessed, “It should be because the last time, they released those thirteen people who were suppressed and angered the primal chaos race. Their actions sped up and didn’t give us any time to react. They wanted to cut the Gordian knot.”

The longevity elder sighed, “They’re here. It’s good that they’re here. At least they can try out how powerful the current Primal Chaos race is.”

The blue-robed senior sister pointed at ye Sheng and said, “Do we need to wake him up?”

“Wake him up for what? What use can an immortal realm have?”The longevity elder asked.

“Why don’t we just let him continue comprehending the laws? There aren’t many people who can obtain the origin laws to begin with, so this is his opportunity. Don’t interrupt him. The next time he wants to comprehend it, we don’t know when it will be. He might only have this opportunity once in his entire life, so don’t disturb him.”The Immortal Elder stood up, he stretched his body.