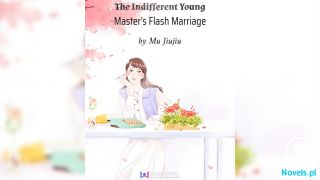 At that critical moment just now, the azure-robed senior had met with danger. Ye Sheng had also completed his mission and destroyed the origin river.

Perhaps the original laws in the Origin River had already been absorbed by Ye Sheng and the Pantheon Pill Furnace.

It was also at this moment that 13 terrifying auras rushed out. They were like 13 huge heavenly pillars that pierced through the heaven and earth, extremely shocking.

One of the fierce lights directly attacked the person on the stone bridge, cleanly cutting off the other party’s large hand.

When Ye Sheng saw this scene, he couldn’t help but sigh. Such a powerful person, with 13 of them appearing all of a sudden, the primal chaos race was lifting a stone to smash their own feet.

The large green hand was cut off, causing the blurry figure on the stone bridge to let out an angry roar.

“Six paths, so what if you come out? This is our primal chaos ancestral land. Do you think you can overturn the heavens?”The imprint on the Stone Bridge roared angrily. His pair of eyes were like lanterns, flickering with terrifying flames.

His aura spread out endlessly, causing people to be terrified. It covered the vast sea, causing Ye Sheng to tremble.

When the azure-robed senior sister saw this, she immediately returned to Ye Sheng’s side. Now that their goal had been achieved, the next matters would be left to the thirteen great seniors who had escaped.

The shameless old man who had communicated with Ye Sheng previously also floated to Ye Sheng’s side and said indifferently, “Little brother, how was it? After seeing me, were you scared by my shocking handsomeness?”

Ye Sheng was speechless. He couldn’t say such coquettish words. He had to admit defeat to this old brother.

After a closer look, it was indeed not bad. The handsome old man had the aura of a mature uncle. The key was that he had a graceful bearing, but the prerequisite was that he didn’t speak.

The moment he opened his mouth, he would immediately ruin his image.

“Since you are already so handsome that you can shock the world, why do you have to open your mouth to ruin your beauty?”Ye Sheng said speechlessly.

“The person who rushed out was six paths. What about you? What’s Your Name?”Ye Sheng changed the topic. He did not want to discuss the issue of handsomeness with this old fellow anymore. In any case, he was not as handsome as him no matter what.

“My name is Cang Shan. You can call me handsome Cang Shan.”Cang Shan placed his hands behind his back and said proudly.

Ye Sheng’s forehead was filled with black lines. He really wanted to punch him.

He was so narcissistic that he could not stand it.

“Six paths has already charged out. Why Don’t you charge out and cause a ruckus in the primal chaos ancestral land?”Ye Sheng said unhappily.

“I just want to build a relationship with you. I want to thank you for saving my life.”Cang Shan said gratefully.

“As long as you cause harm to the primal chaos, I will be very satisfied. There is no need to thank me. I have benefited greatly.”Ye Sheng said truthfully.

He was mainly doing it for the primitive laws in the origin river, not to save them.

Saving them was just a casual act, so Ye Sheng did not take credit.

“It’s fine. You saved US anyway. We will remember this favor. Now, this place is not something you can participate in. You can take this little imperial sister and leave.”Cang Shan said.

The green-robed senior sister did not mind being called Little Sister. She grabbed ye Sheng’s hand and said, “Let’s leave this place and let them make a fuss.”

Ye Sheng nodded. He did not want to stay here any longer. The six paths and the stored skill had already exchanged blows. The moment they collided, endless laws erupted. The earth trembled, the sea boiled, and the sun and Moon lost their light.

If they continued to exchange blows at this level, Ye Sheng was afraid that he would be swept to death by the corner of his eyes.

This was very terrifying.

“Let’s go. We’ll go wreak havoc on the primal chaos.”Cang Shan waved his hand and immediately flew out. A terrifying aura erupted from his body, transforming into an incomparably huge demon. He did not look for the mysterious imprint on the Stone Bridge, instead, he began to sweep across the ancestral land of the primal chaos.

“Damn you, lock your grandfather up for two epochs. Today, I’ll sweep across 80,000 kilometers.”Cang Shan roared furiously. It was different from how he treated Ye Sheng shamelessly. At this moment, he was like a death god who was constantly reaping lives, the sickle in his hand swung down, and a large number of heads fell to the ground.

The other human figures also began to move. Once they were freed, all of them wanted to vent the anger in their hearts. They had been holding it in for a long time, and now was the time to vent it out.

At this moment, looking from the vast sea, the distant primal chaos ancestral land was engulfed in flames of war. It was a massacre.

Thirteen people, thirteen old monsters. Now that they were working together, no one could stop them.

Those sleeping primal chaos old monsters wouldn’t come out. No one could stop them.

“If we continue watching, I feel that the primal chaos will not be able to hold on,”Ye Sheng said in surprise.

“You’re thinking too much. Later on, the primal chaos will definitely have a revived ancestor. They will only vent their pent-up resentment on the periphery. If we really let them rush 80,000 miles, that Shameless Cang Shan will definitely be the first to run,”the green-robed senior sister said bluntly.

Ye Sheng was speechless. Wasn’t this proof that what Cang Shan said just now was just a casual remark.

“That’s right. The martial ancestor did manage to push 80,000 li away, but what kind of person is the martial ancestor? Even the core members of the primal chaos could go there, but these few people still can’t.”Ye Sheng immediately listened to the azure-robed senior sister’s words, he followed her and left the primal chaos through the spatial hole.

Just as they were about to leave, a sword intent that soared to the sky flashed within the primal chaos tribe ancestral ground. It was extremely terrifying. Even the green-robed senior sister was shaken by it, let alone Ye Sheng. He almost knelt down.

Cang Shan roared loudly. Without saying anything else, he immediately fled without stopping.

Previously, when he said he could traverse 80,000 miles, he didn’t even manage to do so. It was as if he was talking nonsense.

Actually, it wasn’t just him. Six paths and the others all left without any hesitation. They couldn’t even retain the stored skills of the primal chaos race. These people were more slippery than the others. They were all old foxes, so they naturally knew how to avoid danger.

“F*ck, luckily I left.”Ye Sheng shook his head and felt disappointed. He originally thought that he could hurt the roots of the primal chaos race, but now, it looked like it was just a small matter.

The spatial hole slowly closed. On the ancestral dragon ship, Ye Sheng sat down and panted heavily. Only now did he feel nervous. The situation before was really at a critical moment.

“Break!”The blue-robed senior sister was very decisive. She took action herself and broke the spatial hole that led to the ancestral land of the primal chaos race.

“This time, the primal chaos race was truly careless in destroying the vast ocean. They gave us a chance. Otherwise, we would never have destroyed it.”The blue-robed senior apprentice-sister said happily.