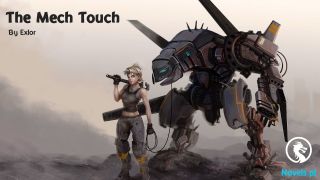 The werewolf emperor looked at the ancestral dragon ship in shock. He didn’t expect that his attack would be blocked by a ship.

Even if that ship transformed into the ancestral dragon, it couldn’t change the fact that it was a ship.

He was an emperor.

And he wasn’t the type who had just entered the threshold of an emperor. He was a very powerful emperor who had lived for two eras.

“You really are trash. It seems that resting for an era has worn away your spirit. You Can’t even win against a ship.”The Vampire estimated that the emperor walked over gracefully. His skin was pale, but his eyes were very aggressive, he stared at the blue-robed senior and spoke faintly.

“Your blood must be very delicious. Perhaps we can merge together. Your blood enters my body, and I enter your body. I will make you my beloved concubine. You will live forever and be an eternal existence.”The Vampire Emperor said greedily.

“The word ‘join’is too ugly. We are just following the current situation. At our level, we have long looked down on the race competition. There is no meaning at all. Only the strong and the eternal are what we should pursue.”The Vampire raised his hand, he spoke with fervor.

“You are stalling for time here, right?”It was the werewolf emperor who saw through the azure-robed Senior’s intentions.

The azure-robed senior smiled. Her smile was very good-looking. “I am stalling for time. You Can’t do anything to me. Today, the vast sea will definitely be destroyed.”

“You two hold him back. We will go to the bottom of the vast sea and deal with that Little Thief.”At this moment, the other two emperors rushed over. They didn’t hesitate at all and rushed 80,000 Li below.

“The two of them won’t be able to stop me. Get the hell out of Here!”The azure-robed senior waved her hand, and a powerful energy shockwave exploded out. She overthrew the two emperors and then suppressed them.

The azure-robed senior attacked with a supreme technique. It was a great move that allowed her to comprehend the primordial laws, the five declines of the Deva realm.

Streams of terrifying laws rushed through the air and rushed into the bodies of the two emperors. At this moment, their life force was rapidly weakening. Even the origin energy of the powerful emperors was weakening. There was no way they could withstand it.

“Five decays of Heaven and man. You actually comprehended such a terrifying primordial law.”The Vampire Emperor and the werewolf emperor were both furious and shocked at the same time. They didn’t waste any more words and rushed forward to surround the blue-robed senior sister.

“Go to hell!”The azure-robed senior sister’s expression was cold. She didn’t hesitate at all and attacked with a killing move. Her supreme might smashed onto the opponent’s body with a boom.

Rather than using all her strength to deal with everyone, she might as well focus on attacking two monarchs. She would first kill two monarchs and intimidate the primal chaos. Then, she would slowly stall for time.

Her green-robed senior sister was here today to kill the enemy. These words were not just for show.

“Go to Hell, Sky Wolf Bloodmoon!”The werewolf monarch rushed over. Without any hesitation, she pounced ferociously. No matter where one hid, the ultimate ability of the wolf was unrivaled.

However, when the green-robed senior sister saw this, she fiercely swung the ancestral dragon ship. The stern of the ship fiercely collided with it.

The werewolf emperor was once again sent flying. This time, it was even more severe, more injured, and more terrifying.

When the vampire emperor saw this scene, he let out a scream.

The senior in blue didn’t show any signs of weakness and also screamed. The female voice was brought out to the fullest at this moment. It was ear-piercing and destroyed the soul.

The Vampire Emperor spat out a large mouthful of blood. He looked at the senior in blue in disbelief. He actually lost to this woman in the Dao of soul.

The senior in blue coldly shouted, “Competing with a woman in the voice, are you stupid?”

This time, the two emperors who had rushed over were injured. They were unable to retaliate due to the five decays of heaven and earth, and could only maintain their bodies. But now, the azure-robed senior had an empty hand and ruthlessly pressed down.

These two emperors exploded on the spot. There was no blood, only endless origin source, primitive laws, and Emperor origin source.

“Ah Ah Ah! Regroup for me, I want to be resurrected.”

The two emperors roared. The unwillingness in their souls was to be resurrected and fight it out with the indigo-robed senior.

“Time distortion! Scatter!”The indigo-robed senior did not give them a chance. Almost instantly, she used the laws of time she had learned from the DAO College and sent these laws and origin to different time periods.

No matter what, the two emperors would be resurrected. It was equivalent to death. And if they didn’t resurrect for a long time, there would be no hope of resurrection.

This scene stunned the werewolf emperor and the vampire emperor. They were dumbstruck. The moment they were injured, the two emperors were killed.

Was this woman so terrifying?

“Call the patriarch out.”The Vampire Emperor said with a trembling voice. Even though he was an emperor, he still felt fear.

There was no one who wasn’t afraid of death. The longer they lived, the more afraid they were of death. This point was vividly reflected in their bodies.

However, a terrifying aura came pressing over.

This aura instantly dissolved the blue-robed senior sister’s pressure, and it also made the vampire and werewolf monarchs feel at ease.

“The ancestor is here.”The werewolf monarchs were delighted. They glared fiercely at the blue-robed senior sister. This time, someone had come to punish them.

“I didn’t come to look for you, but Your Dao College has come to provoke us, the primal chaos tribe, time and time again. Do you really think we are afraid of You?”A terrifying voice rumbled, as if someone was holding a sharp arrow and shooting it out continuously, it made people panic.

The blue-robed senior sister stood on the ancestral dragon ship with a serious expression. She said, “Rubbings, have you revived?”

“If I don’t revive, the chaos race will be bullied. The people of our generation are all asleep, which gives countless clowns the chance to be active. But do you think you can rely on a few clowns to fight against us, the Chaos Race?”The rubbings patriarch sneered, he did not care.

The indigo-robed senior bit her lip. This was troublesome. Someone who should not have appeared had come.

“Since you are here today, don’t leave. The DAO College is used to being arrogant. I want to teach you a deep lesson.”Rubbing forefather opened his hand and reached out, wanting to grab the indigo-robed senior.

It was a pair of enormous, indigo-green beast palms that covered the sky and was extremely terrifying. The pressure made the indigo-robed senior’s expression serious, and even the ancestral dragon ship was swaying.

The azure-robed senior was unable to resist it.

However, someone was able to resist it. An arrogant, unruly, arrogant, and delighted laughter rang out.

“Hahaha, it’s been three eras. Your grandfather six paths has finally come out. Let’s first chop off this hand and taste it.”

Along with this voice, a cold glint also slashed onto the Beast Palm.

“Oh, you deserve to die, six paths bastard. This time, I must crush your bones and Scatter Your Ashes.”The mysterious figure on the stone bridge said furiously.