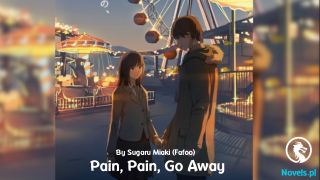 The primal chaos ancestral land was hidden within the Sea of chaos. Countless Giants lived within and focused on their cultivation, waiting for an opportunity.

The primal chaos experts didn’t leave the ancestral land easily. Once they left on a large scale, it would be a new era of destruction.

In the primal chaos ancestral land, these emperor-level powerhouses were very at ease.

No one dared to behave atrociously in the primal chaos ancestral land. [ except for the martial ancestor who ran over in the last era ]

However, the martial ancestor was also pursued and killed by the primal chaos experts in the end. Until now, no one knew whether he was alive or dead. Therefore, the long period of stability had resulted in them relaxing in certain aspects.

For example, those stubborn old fogies who were suppressed under the vast sea.

Each of these people was more powerful than the last, and each of them was more difficult to die. However, the primal chaos clan suppressed them just like that. They didn’t send anyone to supervise them, and instead, they were relieved to let a restriction replace them.

Now, they paid the price for their arrogance.

In the castle that towered above the clouds in the ancestral land of the chaos clan, a retro-looking old man opened his eyes and looked at the direction of the vast sea with extreme anger.

“You dare to seek death in our ancestral land of the chaos clan? You must be tired of living.”The old man snorted coldly. He wore a retro and gorgeous suit, and his hair was combed meticulously, which showed that he was different from ordinary people.

This was a vampire, a vampire at the monarch realm.

It wasn’t just him. There was also an old man who was sleeping. He opened his eyes, which were emitting silver-white flames. In an instant, he was furious. All the hair on his body stood up, and he turned into a wild beast. Then, he instantly returned to his original appearance, he held a huge sword in his hand and took a step forward. Without even looking, he slashed at the vast sea.

The momentum was extremely great. Not only these two, but a few other people also appeared on the vast sea. In a short span of three breaths, they gathered together.

The sword slashed down and instantly went deep into the sea. It spread down, wanting to kill Ye Sheng.

A large amount of energy entered ye Sheng’s black hole. The black hole was rapidly rolling and transforming. Even if this transformation was barbaric, stiff, and painful, he couldn’t care about it now.

At this moment, the original laws in the origin river were crazily absorbed by the Pantheon Pill Furnace.

“Master, my origin is recovering rapidly. There are too many original laws here. My origin has already recovered to three and a half layers, close to four layers.”

But at this moment, a short time of three breaths, to recover half a layer, this is incredible.

Ye Sheng did not answer. He absorbed it with all his heart.

“Little brother, come on, as long as you absorb a layer of the source of the river in the original law, we can get out of trouble, and then help you stall time.”The old man in Ye Sheng encouragement, now is to fight time.

The other twelve people were also silently watching.

Suddenly, one of them frowned and said, “Not good, that werewolf slashed with his sword.”

The other people revealed anxious expressions.

“We haven’t escaped, how can we resist?”

“We can’t, and Little Brother can’t block this sword either. What should we do?”

“Think of a way. This is our only chance to escape in the long years. We Can’t lose it, and little brother can’t die.”

“We can’t do anything. The Origin River is suppressing us and we can’t move.”

The 13 people were all anxious. No matter how powerful they were at their peak, they stood at the peak of the universe. But now, even though they had all sorts of abilities, they were helpless against the trouble that Ye Sheng had encountered.

The old man said with a complicated expression, “Now we can only see whose side fate is on.”

Ye Sheng knew all of this, and he could also sense that there was a sword qi flying over from the surface of the water over 80,000 li away. It was estimated that it would be able to kill Ye Sheng within the time of five breaths.

Not a single corpse was left!

It was just that fast. This was the majesty that belonged to an emperor. The pressure made Ye Sheng unable to think about anything else.

“Even if I die today, I won’t regret my decision. I will definitely destroy the river of origin,”Ye Sheng thought stubbornly. He used all of his strength to devour it, completely ignoring it.

Right now, the only person that Ye Sheng could rely on was the azure-robed senior.

Just as that sword Qi was about to slash down, it broke through 70,000 Li and was able to touch ye Sheng.

But at this moment, an ancient ship that was like an ancestral dragon traversed the vast sea, and then violently shook.

A cold shout, a beautiful figure, and an ancient ship emitted a power that moved people.

This power quickly dived down and set off after the sword qi. However, it was faster than the sword qi and was closer to Ye Sheng, so it collided fiercely.

The Sword Qi instantly split into pieces. The terrifying power that erupted swept over half of the vast ocean. The heavy rain was majestic, raising huge waves that were ten thousand meters long.

The azure-clothed senior tapped her toes. The ancestral dragon ship unleashed its power at this moment. It transformed from a ship into an ancestral dragon, suppressing the vast ocean and preventing these people from disturbing ye Sheng.

In just a few breaths, an attack that no one would ever be able to touch was unleashed.

The azure-robed senior defeated the other party.

On the sparkling surface of the water, there were no waves for tens of thousands of miles. The sky was clear. An ancient boat, a beauty, a beautiful figure, and a sentence.

“Today, the azure-robed senior is here to kill.”

The azure-robed senior was not only here to support Ye Sheng, she also wanted to kill.

Ever since she found out that the stone golem had disappeared into this world, the green-robed senior’s anger had been burning. She couldn’t find a way to vent it out.

Now, she had come. She wanted to wreak havoc in the ancestral land of the primal chaos.

“Green-robed, a little girl. You can be considered outstanding among the juniors, but in front of us, you are a succulent character.”The Werewolf Emperor held a huge sword and stood in the air. He pointed at the green-robed senior and said coldly.

“Old but not dead is a thief. Old but not strong is weak. You weaklings, attack together. Today, I will use your lives to pay tribute to his dead soul!”The indigo-robed senior let out a long cry. Her hair flew in the air and her face was cold, the aura of her entire body skyrocketed. She was like thunder, a gale, and a shower.

The indigo-robed senior was standing on the ancestral dragon ship. Her body was thin, but her power was unparalleled. Her first attack was a supreme god law. The werewolf emperor staggered and the huge sword in his hand was shattered.

“This broken ship is so powerful?”