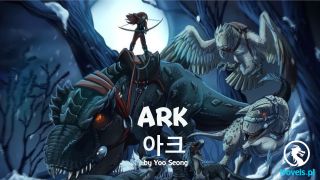 «The Earth Is My Dantian (Web Novel) - Chapter 862: Doing something Big

To be honest, Ye Sheng was a little tempted. If this origin river was real, then it was worth the risk.

However, Ye Sheng could not completely believe the words of this shameless old man, so he was prepared to ask the azure-robed senior how to deal with this?

The azure-robed senior was experienced and knowledgeable, so she would definitely know about this and give ye Sheng a suggestion.

Therefore, Ye Sheng said to the old man, “I have to ask someone to confirm if it’s true. If you lie to me, then we can only say goodbye.”

“Go. This old man has never lied to anyone. Back when I was young, people called me an honest and reliable young Langjun. A single word is worth nine cauldrons and an honest person. Those words are like spittle and a nail.”The old man continued to be shameless.

Ye Sheng could not bear listening anymore. He decisively left this place and entered the space cave.

On the ancient ship, Ye Sheng appeared, which surprised the blue-robed senior sister.

Ye Sheng shook his head and said, “I met a trouble.”

Ye Sheng shook his head and explained the process of meeting the old man in detail. Then, he looked at the blue-robed senior sister’s reaction.

The senior in Blue’s reaction was not out of his expectations. As expected, the senior in blue knew the origin river,

after knowing that Ye Sheng did not meet a chaos expert, her worry was relieved. The senior in Blue sat on the chair and began to think.

“This old man you know is extremely narcissistic?”The senior in blue asked.

Ye sheng nodded and said, “Extremely narcissistic. I haven’t met anyone more narcissistic than him.”

“Then who is this person?”The indigo-robed senior sister thought hard, but she had no clue.

“Those who can be imprisoned by the primal chaos are all troublesome characters. The Primal Chaos couldn’t do anything to them, so they could only imprison them. “The vast sea is the place where the origin laws were born. I have also heard of the Origin River channel, which is the foundation of the vast sea. It contains an unknown amount of origin. The primal chaos has always wanted to subdue the origin river channel, but they haven’t succeeded,'the indigo-robed senior sister said.

“The primal chaos race has a transcendent expert, but they can’t subdue him?”Ye Sheng said in surprise.

Ye Sheng said in distress, “Doesn’t that mean that we can’t do it?”

To be honest, Ye Sheng was very envious of the Origin River channel. That was his goal, but now, it seemed that he could not absorb it.

His heart ached a little. The origin river channel was right in front of him, but he could not absorb it.

Ye Sheng immediately became serious and replied, “If it’s possible, of course I want to give it a try. Once I absorb the Origin River, I will definitely grow rapidly. It will be helpful to this universe and this era.”

“But I also know that this is very dangerous. Once I fail, it will result in an irreversible outcome. So I still listen to senior.”Ye Sheng said obediently.

The green-robed senior sister smiled and pointed at Ye Sheng. “You Little Rascal, now let me make a choice. Leave the difficult problem to me.”

“You want to absorb the laws of the origin river, so I naturally have to help you. However, the problem now is that the origin river suppresses many experts who are imprisoned by the primal chaos. Once you absorb them, it won’t be your problem anymore. Instead, it will become the primal chaos, the imprisoned people, and the matters of this universe.”The azure-robed senior sister said solemnly.

Ye Sheng nodded solemnly. He knew this, and it would affect his whole body.

“If you absorb it and cause any trouble, you need to clean it up. Can you do it?”The azure-robed senior asked.

Ye Sheng nodded and said firmly, “I can do it.”

“Since you agreed, then it’s easy. Ye Sheng, do you want to do something big?”The azure-robed senior clapped her hands and said excitedly.

Ye Sheng was a little confused. Do Something Big?

This time, it was going to blow up.

“Don’t be afraid. Something has happened. There are people helping us to hold it off. Once we completely absorb the origin river, the vast sea will be completely destroyed. Those imprisoned old undead will be able to escape. Will they spare the primal chaos race?”The indigo-robed senior sister sneered.

Ye Sheng was a little excited. His blood was burning. This seemed feasible.

After thinking about it carefully, it wasn’t ‘seemed’, but it was definitely feasible.

“But there is a problem here. It is how to quickly absorb or destroy the origin river. That old man also said that there is only ten breaths of time. If time is so urgent, can you do it?”The green-robed senior sister asked Ye Sheng.

Ye Sheng smiled confidently. He patted his chest and said, “Ten breaths of time is enough.”

“That’s how confident I am. I don’t dare to say anything else, but if you give me twenty breaths, I can completely absorb the river of origin. I Won’t waste it and destroy it,”ye Sheng emphasized.

The indigo-robed senior asked seriously, “Is what you said true?”

Ye sheng nodded and said, “I guarantee it with my life.”

The reason why ye Sheng was so confident was because he had a natal magic treasure.

This magic treasure had always been in Ye Sheng’s body. Ye Sheng had never been able to figure out its grade, but it did not hinder its power.

Just now, Ye Sheng had asked the Pantheon Pill Furnace’s tool spirit whether it could completely absorb the river of origin within ten breaths.

The Pantheon Pill Furnace’s answer was that ten breaths wasn’t enough. Ten breaths could only absorb half of it, but twenty breaths was enough.

The Pantheon Pill Furnace’s words gave Ye Sheng full confidence. Only then did he dare to guarantee in front of the indigo-robed senior sister.

“Since that’s the case, then I’ll buy you twenty breaths of time. It’s just a pity that this spatial hole will be discovered by the primal chaos.”The indigo-robed senior sister said with a smile. Although she said it was a pity…, however, with the destruction of the Origin River, the vast sea became an ordinary sea. There was no point in keeping this spatial hole.

Ye sheng asked, “How do we buy twenty breaths of time?”

“I’ll personally step out and help you block the attacks of the primal chaos.”The green-robed senior sister’s expression turned cold as she said unyieldingly.