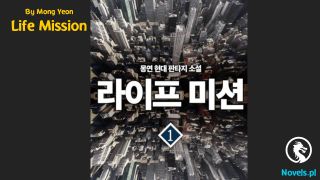 «The Earth Is My Dantian (Web Novel) - Chapter 860: The person imprisoned in the vast sea

Chapter 860: The person imprisoned in the vast sea

The Rockman had the hope of transcending and the opportunity to become a legend, but he gave up.

When he expended the Emperor’s origin to save the azure-robed senior sister, all of this was destined.

He failed to transcend because of the azure-robed senior sister, but would he blame her?

Ye Sheng thought that probably not. After all, before the Rockman’s death, his heart was still thinking of the azure-robed senior sister. It was still the joy of his youth, the white moonlight in front of the moon window.

Especially when someone with a meticulous mind met love Shang.

Senior Qing Shan wiped away her tears, she said in a low voice, “After resurrecting me, he went to the chaos clan. He was alone and disrupted the chaos clan. He swept across 80,000 miles and killed countless enemies. “Do you know? “Because I’ve never seen such a scene before, I often return to the past. I wanted to find that time to see his heroic bearing. Unfortunately, everything no longer exists.”

“In the end, he still left me. He still left this world. After wiping out the primal chaos tribe, he was also injured. Then, he resolutely chose to enter seclusion and drag himself down,”the azure-robed senior said.

“At that time, why did he choose to transcend?”Ye Sheng asked, puzzled.

“Because if he didn’t transcend, he would die. His injuries were too severe. First, he lost his Emperor’s origin. Then, he fought a life-and-death battle with the primal chaos. All of these caused his injuries to worsen. In the end, he could only choose to take a gamble and rely on transcending to recover.”The indigo-robed senior sister said regretfully.

Ye Sheng didn’t know what to say. This seemed to be an unsolvable matter, but the Rockman still failed in the end.

“I brought back the ancient city where he transcended. In the future, that place will be my home. Originally, I wanted to accompany him, but I wasn’t willing to accept the fact that the chaos race wasn’t destroyed. “Thus, I destroyed the chaos race first. I will accompany him and tell him that his white moonlight will always shine on him.”The indigo-robed senior spoke out her thoughts.

Ye Sheng looked at the indigo-robed senior with endless emotions and was speechless.

It could only be said that fate played tricks on people. The indigo-robed senior and the Rockman had missed each other in the end because of various reasons. The only time they were together was probably when the Rockman saved the indigo-robed Senior’s soul and protected the time when she was resurrected.

“I believe in you.”The green-robed senior sister collected her emotions and smiled. Then, she pointed.

Ye Sheng stood up and bid farewell to the green-robed senior sister. Then, he turned around and entered the spacetime hole.

The spacetime hole swallowed ye Sheng once again, leaving the green-robed senior sister alone on the ancient ship. She was speechless. She held her Teacup and was in a daze.

The vast sea. The last time, those people didn’t find Ye Sheng, and then they left without any clues.

Ye Sheng dived into the depths of the vast sea and turned into a black hole, crazily absorbing the primal courtyard.

Previously, Ye Sheng had absorbed 11,000 strands. This time, he wanted to absorb so many, so he increased his speed without any delay.

“I must complete the transformation of the black hole in the vast sea, so that I have more capital to face the chaos clansmen’s next attack.”Ye Sheng swore in his heart that he must do it.

The black hole continued to advance, devour, Fuse, and improve itself.

Bit by bit, it advanced steadily, absorbing all directions so that no one else could absorb it.

On this point, Ye Sheng was still very stable.

On the first day, nothing happened.

On the second day, it was still the same.

On the third day, some chaos tribe members sensed that something was wrong and began to look for it. They were immediately swallowed by Ye Sheng.

On the fourth day, four to five people came. Ye Sheng did not hesitate and swallowed them all, not giving them any chance.

On the sixth day, it was silent.

On the eighth day…

On the ninth day…

On the tenth day…

This time, Ye Sheng swallowed dozens of geniuses of the primal Chaos tribe in one go, causing them to suffer heavy losses. He also gained a lot.

However, Ye Sheng didn’t feel happy at all. Instead, he felt serious because the people of the primal chaos tribe gradually began to pay attention to him.

On the tenth day, Ye Sheng left the vast sea and returned to the ancient ship.

“What’s wrong? Why Are You So Serious?”The indigo-robed senior asked in surprise when she saw Ye Sheng.

Ye Sheng told her what had happened in a serious manner.

The indigo-robed senior chuckled. “It’s nothing. The primal chaos people found it when they found it. It’s nothing. Don’t expect that they won’t find it.”

“But the primal chaos has lost so many immortals. They will definitely investigate, right?”Ye Sheng asked.

“You’ve swallowed them all. Where are they going to investigate?”The indigo-robed senior asked Ye Sheng.

“The vast sea is so vast. Can the primal chaos find them all?”The indigo-robed senior said faintly, not worried in the slightest.

“The Primal Chaos is not a large group. Within them, there are many factions and tribes. Even if you swallow ten times the number of geniuses, you won’t be able to cause any waves,”the indigo-robed senior said with certainty.

When Ye Sheng heard this, he immediately felt relieved.

“Then I’ll rest and go.”Ye Sheng let out a long breath and continued to cultivate. This time, he absorbed more than ten thousand strands of primitive laws, allowing his strength to rise to another level.

This kind of improvement wasn’t a short-term increase, but a long-term one. Ye Sheng closed his eyes and began to recuperate.

The indigo-robed senior waved her hand, indicating for Ye Sheng to go. She would wait for him here.

Inside the space-time hole, Ye Sheng fell from above the vast sea.

This time, he didn’t dive into the deep sea immediately. Instead, he observed his surroundings from above the sea surface, wanting to see if there was anyone around.

But in the empty sea area, there wasn’t a single person. This made Ye Sheng feel at ease.

As expected, the cyan-robed senior sister was right. The vast sea was too big, and the members of the primal chaos race were scattered into various major factions. They wouldn’t gather to hunt him down.

Since that was the case, Ye Sheng continued his previous actions. He turned into a black hole and began to crazily absorb.

But at this moment, a voice rang out.

“You are absorbing so slowly. When will you be able to fill up that black hole of yours?”

This voice appeared very suddenly, scaring Ye Sheng. He hurriedly recovered his human body and looked around with a serious expression. “Is that senior talking?”

“No need to be nervous. I’m just an old man imprisoned in the vast sea. I Won’t harm you,”the voice said softly.