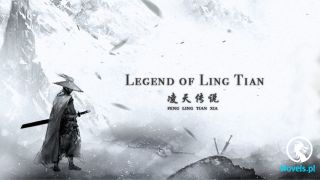 «The Earth Is My Dantian (Web Novel) - Chapter 859: Tears of the azure robed senior

Ye Sheng was able to absorb the primordial essence so easily because his true form was a black hole. If he hadn’t turned into a black hole before, he would be just like an ordinary immortal now.

But now, it was different. Because of the black hole, Ye Sheng had embarked on a heaven-defying path.

“11,000? You are indeed a person with great luck. Ordinary people don’t have such ability. They stay in there for ten years, and in the end, this is all they have.”. “Did you know that entering the vast sea for the first time is the best? The second time, it will weaken, and the third time, it will weaken and continue to increase. In the end, it will never be absorbed again,”the azure-robed senior said in surprise, he felt incredulous at the amount that Ye Sheng had absorbed.

Ye sheng frowned and said, “Then won’t I be able to absorb so much next time?”

He was quite satisfied with his first harvest from entering the vast sea. However, if it was really like what the azure-robed senior said, Ye Sheng would be helpless.

Black holes were very powerful, but black holes required a large amount of origin source to evolve. Ye Sheng estimated that this evolution would require at least 100,000 origin source.

This was quite a scam.

“Actually, there’s no need to worry. Everyone is different. If you absorb the origin source that other people can only absorb after 10 years, you might create a miracle later,”the senior in green comforted ye Sheng, she still believed that Ye Sheng would create a miracle. The previous patterns did not seem to have any effect on Ye Sheng.

Ye Sheng nodded and did not bother about these things. He sat quietly at the bow of the ancient ship and looked at the time hole.

“How long do you need to wait for the next time you enter?”Ye Sheng asked.

Ye Sheng closed his eyes and began to quietly control the various origins. He familiarized himself with them and memorized them, making it easier for him to use them.

At the same time, Ye Sheng was also storing these origins in his own cultivation method.

The cultivation method he created, the Fist of the epoch, had now become the book of the epoch. It was just enough to contain the comprehension of these origins.

The origins were absorbed by the black hole, but the comprehension could be stored in ye Sheng’s cultivation method. This was a matter of killing two birds with one stone.

That was why so many people wanted to enter the vast sea. Even if the effect was getting worse each time, it still couldn’t stop everyone’s enthusiasm.

In the end, the primal chaos race closed the vast sea, cutting off these people’s thoughts.

“Have a cup of tea.”A warm voice sounded, waking ye Sheng up from his closed-door cultivation.

The green-robed senior sister stood at the edge of herself, holding a cup of tea in her hand and handing it to Ye Sheng. Her expression was gentle, and her green robe fluttered in the wind. She was very beautiful and elegant.

Ye Sheng stood up and took the tea with both hands. He said, “Is the time of three days up?”

The green-robed senior nodded and said, “The time of three days is up. You can go in now.”

Ye Sheng took a sip of the tea. Now that he could go in, he was not in a hurry.

As he drank the tea, the fragrance of the tea filled the air. It was a little bitter when it entered his mouth, but when he tasted it carefully, the sweetness surged up. It was exactly the taste that Ye Sheng liked.

Ye Sheng did not like first sweet, then bitter.

Because first sweet, then bitter. How happy was the previous sweetness? How bitter was the subsequent bitterness? Ye Sheng did not dare to imagine how he felt after carrying the pain for a lifetime.

Therefore, Ye Sheng liked first bitter, then sweet. No matter how much pain he had suffered before, as long as he relied on his own efforts and felt the sweetness, everything would be worth it.

When the sweetness came, Ye Sheng would choose to forget the bitterness.

As they drank the tea, Ye Sheng did not say a word. The blue-robed senior also did not speak. The two of them stood in front of the ancient ship, looking at the time hole.

After a long time, they drank a cup of tea. Ye Sheng looked at the teacup that only had tea leaves left and asked, “Senior sister, have you also entered the vast sea?”

The blue-robed senior sister was stunned. She did not expect Ye Sheng to ask her like this. She did not answer for a while.

Ye Sheng was not in a hurry.

After a while, the blue-robed senior said faintly, “Of course I entered. When we entered, the chaos race had not privatized the vast sea. Everyone could enter. It was also at that time that I met him.”

Ye Sheng’s expression changed. He thought of the stone man that had fallen in the battlefield of the new age. That transcendent, that admirer of the blue-robed senior.

“Do you want to hear Senior’s story?”The senior in green suddenly became interested and wanted to tell ye Sheng about it.

The senior in green waved her sleeve, and fragrant tea and a stool appeared behind her. She sat down elegantly and asked Ye Sheng to sit down as well.

Ye Sheng sat down and added a cup of tea for himself. He looked at the Teacup silently. The tea leaves inside were stretching their bodies. It was very beautiful, and it was soaked in water.

The indigo-robed senior did not mind that Ye Sheng did not look at her. She just suddenly wanted to tell her story.

“It’s a coincidence that I know him. At that time, he had just broken through to the immortal realm. When he came to the vast sea, he was still the weakest. He was bullied by others. He could not go to places with rich primitive laws, so he could only go to places that were not so rich.”

“At that time, my cultivation base was basically at the top. Because of a conflict, I helped him and gave him a piece of his own territory so that he could comprehend the laws

“After that, I could feel a pair of eyes staring at me. He ignored me and didn’t talk to me. He only looked at me occasionally, and the admiration in his eyes was different from others. “He seemed to regard me as someone he looked up to. Later on, I asked him why you only looked at me and did not dare to speak to me

“He told me that I had always been a ray of white moonlight in front of his bed. He felt good just by looking at me. He said that he was not good enough for me for the time being.”

At this point, the blue-robed senior suddenly smiled, there was a hint of desolation in her smile. “Isn’t he a very silly person? If he likes someone, he doesn’t say anything. He just silently looks at me and never disturbs me. In the millions of years that we have known each other, he has only spoken a few words to me. However, I can still remember the number of times that he has looked at me. If it was a conversation, it would definitely be the most beautiful love story in the world.”

“But it’s a pity that I never heard him say it until I died.”The blue-robed senior sighed.

Ye Sheng raised his head and felt that it was a pity. This was also a pitiful person.

“I died. After that battle, I unfortunately died in battle. Originally, it was impossible for me to live out my second life. “But this fool used his Emperor’s origin to travel through the universe and found my soul. Then, he sent me back to the DAO College and guarded me. He waited for me to be resurrected on the ancestral dragon ship and live out my second life. However, he lost his Emperor’s origin and injured his foundation. This was also the main reason why he failed to transcend later on.”The blue-robed senior said, a tear fell.

A very beautiful tear fell. A tear fell from a face that could make the whole world beautiful.

Ye Sheng could not help but say, “If he knew that senior sister was crying for him, he would be very happy.”

“If he can come back to life, he will be able to see my tears.”The blue-robed senior sister said with a bitter smile.