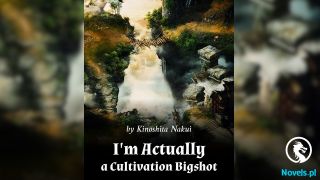 «The Earth Is My Dantian (Web Novel) - Chapter 858: Comprehension of Laws

Ye Sheng fell into the water, causing a splash and waking him up.

His surroundings were all blue, just like the sea. Ye Sheng guessed correctly, the vast sea was just a sea.

Perhaps the vast sea was bigger than any sea ye Sheng had ever seen.

“Such dense law energy.”Ye Sheng closed his eyes and floated on the sea. He immediately felt countless laws and origins wandering around him, as if he could easily comprehend them.

However, when Ye Sheng comprehended the first wisp, he realized that this was actually a universe law, and not the original law that he wanted.

“What about the original law here?”

The vast sea was boundless. Ye Sheng floated alone on it. There was nothing behind him. He closed his eyes and only then could he see the time and space hole in his body.

Therefore, no matter where Ye Sheng went, he could return to the time-space hole after ten days.

“I’ll start looking for the primitive law now.”Ye Sheng’s eyes were resolute. Since there was nothing on the sea, what about under the sea?

This time, Ye Sheng directly dived into the sea.

The vast sea was so deep that it was undetectable. In any case, Ye Sheng kept diving and didn’t see the bottom.

Fortunately, after diving for two hours, he comprehended the primitive law.

However, when Ye Sheng came into contact with the first strand of primitive law, he immediately fell into a mysterious realm.

This strand of primitive law made Ye Sheng Sink. Without thinking, he transformed into his original body with a bang. A black hole appeared and began to absorb the primitive law.

To Ye Sheng, the primitive law was an incomparably huge tonic. At this moment, he crazily absorbed it, without any scruples, and absorbed it into his body.

The black hole devoured the primitive law, absorbed it, fused it, and carried out a series of compensations.

Ye Sheng was like a fish in the water in the sea, extremely happy.

However, Ye Sheng was not worried at all. He did not need to care about these things at all. He just focused on his own affairs.

That was to absorb the primitive laws.

Ye Sheng was only responsible for absorbing the primitive laws. He absorbed as much as he could.

Moreover, Ye Sheng did not need to care about the law attributes, such as metal, wood, water, fire, Earth, time, space, death, life, Slaughter, and so on…

In any case, the primitive laws that Ye Sheng absorbed would all enter the black hole.

The black hole devoured everything. No matter what kind of attributes one had, they were all nutrients for the black hole.

On one point, Ye Sheng was dozens or even hundreds of times more powerful than people of the same realm.

Therefore, one could only see an enormous black hole swimming in the depths of the sea. Its speed wasn’t fast, and it moved forward slowly. This was nothing to begin with.

However, as the black hole moved forward, the primitive origin along the way was immediately absorbed. No matter what attribute it was, the black hole would not reject anyone. It had an extremely good appetite.

This caused the primitive origin in the nearby sea to be absorbed by Ye Sheng. No one else had any way to absorb it.

Fortunately, the vast sea was big enough. In a short while, no one discovered it, so ye Sheng could easily absorb it.

In one day, Ye Sheng had absorbed a total of a thousand strands of primitive law. When they were gathered together, they were a complete primitive source.

One day was equivalent to a few days of others’harvest.

But Ye Sheng was not full yet.

Black holes could also absorb and swallow. More importantly, when a black hole swallowed the primitive source, it was also constantly evolving. It removed the irrationality of the past and improved itself, becoming even more in need of the primitive source.

This was a cycle, a virtuous cycle.

On the first day, Ye Sheng wasn’t discovered by anyone. At the same time, he didn’t discover anyone else.

On the second day, he was still not discovered by anyone, nor did he discover anyone else.

On the third day, it was still the same…

On the fourth day…

On the fifth day…

It wasn’t until the sixth day that a primal chaos genius discovered that something was wrong. The original law in his area had disappeared, and he couldn’t sense it no matter what.

At first, the chaos genius thought that it was his fault, so he tried his best, but he still couldn’t comprehend them.

It was only when he saw ye Sheng’s black hole slowly approaching that he understood why.

“What exactly are you? How dare you absorb the original laws in the vast sea of our Chaos?”The chaos genius was furious and scolded.

Ye Sheng couldn’t be bothered to answer. He directly accelerated the black hole, rumbling and rolling. Then, he covered it. With a boom, he absorbed this genius of the primal chaos race, a second sky immortal.

After the black hole absorbed him, it continued to absorb the primitive laws. It didn’t care at all. It was like stepping on an ant while walking. Would you care?

The only person who was discovered was devoured. Ye Sheng began his happy devouring journey again.

The cycle repeated itself.

Thus, by the end of the tenth day, Ye Sheng was discovered by the four primal chaos geniuses. They rushed over to investigate.

However, Ye Sheng transformed into human form and chuckled. “You guys go ahead and investigate. I’ll leave first. The gains during these ten days have been too great.”

Ye Sheng found the entrance to the spatial hole in his body and instantly disappeared, returning to the azure-robed senior apprentice sister’s side.

And the four primal chaos geniuses were destined to fail, unable to find the reason.

Inside the spatial hole, after Ye Sheng returned, he immediately sat cross-legged and meditated. The Immortal Qi in his body expanded, and the origin surged, making it difficult to control.

At this time, when the original laws in his body had been completely absorbed, Ye Sheng stood up.

“Seven days have passed. How many original laws have you absorbed?”The indigo-robed senior asked curiously.

Ye Sheng didn’t answer immediately. Instead, he asked a question, “Generally speaking, how many are qualified?”

The blue-shirted senior thought for a moment and said, “Generally speaking, about a thousand strands are qualified.”

Ye Sheng blinked his eyes and did not say anything.

“You didn’t even absorb a thousand strands of primitive law, right?”The blue-shirted senior asked in surprise.

Ye Sheng waved his hand and said, “I absorbed it on the first day.”

The blue-shirted senior was stunned. “What did you say just now?”

“I absorbed a thousand strands of primitive law on the first day,”Ye Sheng repeated.

The indigo-robed senior looked at him in surprise and muttered, “Is the primitive law in the vast sea so easy to absorb now?”

Ye Sheng shook his head and said, “It’s not easy to absorb. It’s me who is easier to absorb. Others can’t.”