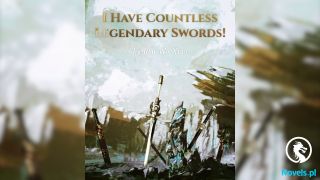 «The Earth Is My Dantian (Web Novel) - Chapter 857: The magical time and Space Hole

“As long as you’re careful and don’t get into Big Trouble, there won’t be any problems,”the senior said.

Ye Sheng raised his hand and guaranteed, “I promise I won’t get into trouble. There won’t be any problems.”

The senior and Ye Sheng were on the ancient ship. They watched as the ancient ship tore through space and passed through one magical scene after another. They felt that it was very magical.

Of course, it was mainly because Ye Sheng felt that it was very magical. The blue-robed senior was calm and composed. She did not feel anything.

“There are so many spatial holes here. Do you know where they are?”Ye Sheng asked curiously.

“You can see for yourself. The space inside is all transparent. You can see it with your naked eye,”the blue-robed senior said.

Ye Sheng immediately approached a time and space hole. Then, he focused his attention and immediately saw a scene of a battlefield. Countless people were fighting. It was very bloody. The universe was trembling and cracking as if it was the end of the world.

“What is this place?”Ye Sheng was very curious. He looked carefully, and the ancient ship also stopped. He let ye Sheng see clearly and did not continue forward.

Ye Sheng saw a planet, a huge planet. The planet was full of tall giants, and they were very tall and sturdy.

Ye Sheng still recognized these giants, especially the one leading them. He was very terrifying. He held a large machete in his hand and kept cutting the enemies’lives.

“This is Titan star. The leader is the old Titan.”

Ye Sheng suddenly realized that this was the time when Titan star was destroyed.

The monastery fixed this time, sealed this space, and preserved it here.

A transcendence realm appeared on Titan Star, and a so-called hope appeared. The chaos race could not sit still anymore. The army attacked, covering the sky and covering the earth. They wanted to destroy Titan star.

This battle forced the Titan race who wanted to walk the Rockman path to come out of seclusion early. They ended their path of transcendence. They defied the heavens and charged into the ancestral land of the chaos race and disappeared.

Under the leadership of the Old Titan, the other Titan race warriors fought to the death against the chaos race.

This battle was extremely fierce. Even if someone came to help the old Titan, they were still at a disadvantage. The old Titan fought desperately, but even if he killed a few monarchs, it was useless. It was not of much help to the environment.

In the end, the Titan star was given up. The Warriors of the Titan race chose to die in battle. They only kept some kindling and let the old Titan take it away.

The tragic battle saw Ye Sheng sighing with emotion. The Primal Chaos race had really committed many sins, and these sins would definitely bite back on them.

It wasn’t that they didn’t want to pay back, it wasn’t the time yet.

When Ye Sheng finished watching everything, only a few seconds had passed. The indigo-robed senior asked him, “How do you feel?”

The history of the past was right in front of his eyes. Everything that happened could be seen clearly.

“Let’s go.”The indigo-robed senior did not continue to ask Ye Sheng. Instead, she waved her hand lightly and the ancient ship continued to move forward, heading towards the deepest part of the ship.

“Why are there so many spatial holes here?”Ye Sheng gathered his emotions and asked the indigo-robed senior sister.

“Perhaps it’s to preserve some evidence for our descendants in the future when we are all defeated.”The indigo-robed senior sister’s indifferent words brought up a rather heavy topic.

Resisting the chaos race was not an absolute victory. Even if many people were working hard in the dark and many people were carrying heavy burdens forward, the outcome might not be bright. Therefore, they had to be prepared for the second-hand outcome.

Looking at the time holes, Ye Sheng did not know what to say. He could only remain silent.

The indigo-robed senior looked at Ye Sheng and suddenly smiled. “I didn’t expect you to be so emotional.”

Ye Sheng had a black question mark on his face.

“These time holes are prepared for future generations, but this is just one of the insignificant reasons. The real reason is to deal with the primal chaos. Do you understand?”The indigo-robed senior said.

Ye Sheng understood that the green-robed senior sister was teasing him just now.

In reality, no one had prepared a backup plan. Everyone was doing their best. If they did one thing well, they would do it with all their might. If they failed to resist, everything would be over. There would be no future generations.

The Primal Chaos could rule this universe for a long time. They could destroy and rebirth and plunder the origin.

“This is the spacetime hole that leads to the vast sea?”Ye Sheng asked.

“Of course. This is the spacetime hole that leads to the vast sea. It’s also the only one that hasn’t been discovered by the primal chaos. So you have to be careful when you enter.”The azure-robed senior sister reminded him.

“What should I pay attention to?”Ye Sheng raised his brows.

“First, every time you enter, you will return once every ten days. After ten days, you will expose your aura.”The green-robed senior sister said.

Ye Sheng nodded. This did not matter. It was a little frequent to return once every ten days, but in order not to expose himself, he had no choice.

“Second, after you enter, do not leave the vast sea. Because the vast sea is close to the primal chaos ancestral land. Once you enter, you will be discovered instantly. You will definitely die.”The green-robed senior sister said.

Ye Sheng continued to nod. He remembered it in his heart. He was here to comprehend the primal origin, not to seek death.

“On the ground, there are many prisoners of the primal chaos in the vast sea. There are all kinds of demons and monsters. It is best that you do not come into contact with them.”The azure-robed senior sister said.

“What if you come into contact with them?”Ye Sheng was puzzled.

“Then we will take it one step at a time. As long as you do not expose your identity, it will be fine. Of course, even if you are exposed, as long as you run back, it will not be a problem.”The azure-robed senior sister waved her hand.

“But at that time, I’ll have to destroy this time hole. So, consider the consequences carefully.”The azure-robed senior said in detail.

Ye Sheng memorized it in his heart and said, “I’ll quietly comprehend the primitive laws.”

“Go in. I’ll wait for you outside to ensure your safety.”The azure-robed senior sat on the ancient ship with an elegant posture. Looking at Ye Sheng, she flipped her palm and a pot of tea appeared. She began to drink the tea herself.

If she wasn’t in such a strange environment, the azure-robed senior sister would have seemed like she was on vacation.

Ye Sheng took a deep breath. He didn’t have time to think about anything. He finished adjusting his state and began to jump into the time hole.

The Sky and Earth spun. The Sun and Moon were silent. Ye Sheng seemed to have entered a bottomless vortex. He kept spinning and couldn’t control himself.

Ye Sheng, who was in the immortal realm, could not control himself. One could imagine how terrifying it was.

If it were any other person, in less than a moment, there would be no bones left.

Fortunately, this situation did not last for long. With a splash, Ye Sheng fell into a pool of water.