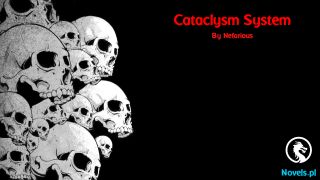 Ye Sheng followed the senior in indigo robes as they walked in the monastery.

The monastery at night broke the silence of the day. Many students came out, chatting and laughing happily.

Ye Sheng realized that there were many people in this dao college. Compared to the previous one, this one was at least ten times more.

“Are these all the students of the Dao College?”Ye Sheng asked curiously.

“The students of the DAO College train many experts in different periods of time. This is the time loophole invented by the headmaster, old man spacetime,”the indigo-robed senior said.

“Time itself is a great river. It flows endlessly and never repeats itself. For example, the second I am talking to you now will pass and never appear again, right?”The indigo-robed senior sister asked Ye Sheng.

Ye Sheng nodded. That was indeed the case. Time could not be reversed. Even if you went back to the past, you could not change the established fact.

Ye Sheng saw that the person who changed time the most was none other than Candle Devil Qiankun. He used his life in exchange for the life of the Qianyuan Girl.

But the prerequisite was that the Qianyuan girl was only an ordinary lass at that time. She was only around ten years old and had no effect on the vast river of time.

But even so, candle Devil Qiankun still used his life in exchange with his immortal king cultivation base.

One could very well imagine how difficult it was.

If the Candle Devil Qiankun wanted to exchange for someone at the same level as him, it was absolutely impossible. Even if an emperor went there, he wouldn’t be able to exchange for it.

Time is irreversible. Hence, Ye Sheng was even more curious. What did a time loophole mean?

“Time is a line. We are now at this point.”The azure-robed senior brought Ye Sheng to an empty garden. After that, she stretched out her hand and pointed in the air. A long line immediately appeared, she pointed at a point and said.

Ye Sheng nodded and looked at the point the indigo-robed senior pointed at.

“We have a monastery here. It is at this time. Does this mean that in the past of this time, our monastery is still here?”The indigo-robed senior asked.

Ye Sheng thought for a moment and said, “The past has to be pushed to the day when the monastery was established.”

The indigo-robed senior nodded and said, “That’s right. We are here. If the monastery was established a million years ago, then the monastery will exist during this time.”

Ye Sheng nodded. This was the reason.

“That’s the problem. A million years ago, the monastery established an academy on this timeline to teach the students of that era. Is that okay?”The indigo-robed senior said with a smile.

Ye Sheng was dumbfounded and said, “Everything that happened in the past is set in stone. It can not be changed, just like how I can not change the things that I regret and regret.”

“You can’t change it. That’s because you haven’t comprehended the profound meaning of time. However, the principal is different. He stepped on the two mountains of time and space and found a loophole. Then, he used this loophole to change everything,”the green-robed senior said proudly.

“Is he that powerful?”Ye Sheng’s blood boiled when he heard that. His calm tone told him something extraordinary.

Discovering a loophole in time and taking advantage of it was not something that an ordinary person could do.

“Yes, that’s why I’m telling you that there are different dao colleges in different time and space. Their only function is to nurture more futures,”said the indigo-robed senior sister faintly.

Ye Sheng said with emotion, “I now know why the Chaos Race is afraid of the Dean.”

It was too terrifying. They had discovered a loophole in time and played with it, adding to the foundation of the DAO College by an unknown amount.

How many experts had been trained by the same dao college in different times and different spaces?

Even if it only appeared once every thousand years, it was still an extremely terrifying existence.

“Because this place is the most important place in countless times. Once this monastery is destroyed, the Dao charms in the other timelines will be destroyed. Therefore, the old man of longevity has to come and protect it,”explained the indigo-robed senior.

Ye Sheng was deep in thought. He understood a little, but he still did not understand a little.

In short, I understand the theory, but I do not know how to operate it.

Fortunately, Ye Sheng did not continue to ask, because the indigo-robed senior brought him to a nine-story building.

“The space-time hole is here. When you go in, follow me. Don’t wander around, or you’ll get lost in the space,”the indigo-robed senior told Ye Sheng before opening the door.

Ye Sheng nodded. He was a little curious. was this space hole the same as the one he had encountered in the monastery?

The blue-robed senior opened the door. What Ye Sheng saw was not a building, but countless worlds.

One after another, circles with a diameter of about ten meters surrounded the nine-story tall building.

The entire nine-story tall building contained an infinite world. After the blue-robed senior entered, she immediately released the ancestral dragon ship and boarded the ship. She invited Ye Sheng to join her. With a wave of her sleeve, she began to roam inside.

The door immediately closed. In front of Ye Sheng’s eyes were countless worlds, not a tall building.

The ancestral dragon ship was sailing at a moderate speed. It passed by many worlds. Ye Sheng saw them with his own eyes. These worlds were all real and were still undergoing many changes.

“What is this place?”Ye Sheng’s mouth was wide open as he asked in disbelief.

He could not help but be surprised. Ye Sheng had discovered that the worlds connected to these large holes were all former worlds.

In other words, Dao Yun had turned all the major events before this era into spatial holes and stored them in this nine-story tall building in the monastery.

Unheard of, unheard of.

Therefore, Ye Sheng was surprised without any hesitation.

Anyone would be surprised by this, because it was an impossible thing in itself.

If he had not seen it with his own eyes, Ye Sheng would not have believed it.

“This is the time and space hole. Every large hole is a node of time and space. You can enter and participate in the great battle. The disciples of the Dao College like to enter this place and begin all kinds of training,”said the blue-robed senior sister.

“What does this have to do with me going to the vast sea?”Ye Sheng asked the point.

“Of course it has something to do with it. You have to enter the vast sea controlled by the primal chaos through such a space-time hole. Once you have enough comprehension, you can return through the space-time hole,”said the green-robed senior sister.

“You won’t be discovered?”Ye Sheng’s eyes lit up.