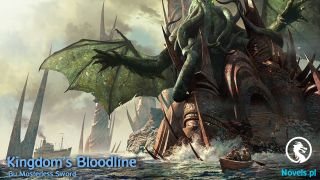 «The Earth Is My Dantian (Web Novel) - Chapter 850: Primitive laws

Seeing the old Titan again, he was still the same as before. He was alone in his own small world.

“You did well this time.”The old Titan praised Ye Sheng.

“This kind of thing can not be forced. The chaos clansmen are not fools. When their ancestors are not revived, they will not appear on a large scale.”The old Titan shook his head.

“The ancestors of the primal chaos?”Ye Sheng asked doubtfully.

“Every era was destroyed. Although the primal chaos won and achieved their goal, they also paid a huge price. These prices were not small. “The previous era was destroyed. They paid a huge price to destroy it. Because of this, their ancestors all fell into a deep sleep. The primal chaos only has a few gatekeepers now. That is why we are giving the primal chaos a heavy blow. But they have seen through the plan. There is nothing we can do if they do not fall for it.”The old Titan said regretfully.

“So that’s how it is. Does that mean that once the ancestors of the chaos race wake up, this era will be destroyed?”Ye Sheng asked.

“Yes, the chaos race destroyed this era and absorbed all the energy of this era. Some of the old undying ones were seriously injured and needed the countless lives of this era to replenish themselves. Therefore, it won’t be too long.”The old Titan nodded.

The Old Titan Thought for a moment and said, “About a hundred years. Just snap your fingers and make the most of it.”

Ye Sheng immediately heaved a sigh of relief. A hundred years was still enough for him to continue improving. At the very least, he had cultivated until now. Adding up all the time, it was only about two hundred years.

After a hundred years, Ye Sheng firmly believed that he could break through to the immortal realm.

The old Titan looked at ye Sheng and asked, “Why did you come looking for me today?”

Ye sheng smiled and said, “I want to know how to improve myself in a hundred years?”

The old Titan looked at ye Sheng and said, “You broke through to the immortal realm?”

“Yes, I was a little lucky.”Ye Sheng nodded and said humbly.

“Breaking through is strength. There is no such thing as luck. If it was luck, why can’t others be Lucky?”The old Titan waved his hand and said.

Ye Sheng didn’t explain himself. He just looked at the old Titan.

Ye sheng nodded and said, “I know a little.”

The old Titan said, “The reason why Immortals are immortals is that they control the laws of the universe. There are countless laws. Now that you’ve broken through to the first step of being an immortal, there are still many more steps to go.”

Ye Sheng was puzzled. “I have also comprehended many laws, Great Dao, and laws. What is the difference between these and the comprehension of Immortals?”

“Primitive laws?”Ye Sheng looked at the old Titan in confusion.

“Look.”The old Titan stretched out his hand and gently hit the void. Instantly, a black hole was silently destroyed. Then, the old Titan began to create everything in it. Flowers, birds, fish, insects, mountains, rivers, and everything else.

Right in front of Ye Sheng, the old Titan created a world.

The beauty of this world touched Ye Sheng.

But more than that, it was still shocking. A world had been created just like that. But then, the old Titan stretched out his hand and wiped it away. Everything no longer existed. It was as if nothing had happened. The world had returned to its original appearance.

Ye Sheng was deep in thought and had some inspiration, but he still had no clue.

This was not a simple universe origin, but an even more complicated original law. If Ye Sheng wanted to comprehend it, he would have to put in a lot of hard work.

“What you need to do now is to convert all the laws, rules, and universe origin that you have comprehended into this original law. This way, you can quickly break through.”The old Titan pointed out ye Sheng’s current weakness.

“After becoming an immortal, you will have to walk this path sooner or later. But the sooner the better, because later, as your cultivation base increases, the primordial law will repel you.”The old Titan said.

“The uniqueness of the primordial law is that the stronger a person is, the harder it is to comprehend. The Immortal realm is the best time. Once you break through to the Immortal King Realm, then you will have nothing more to worry about.”The old Titan said regretfully.

“Is that so?”Ye Sheng couldn’t help but feel a hint of anxiety. He needed to break through as soon as possible.

“If the primordial laws are subdivided, there are basic laws, supreme laws, and the basic laws of metal, wood, water, fire, and earth are the best explanations. As for the supreme laws of space, time, death, life, fate, and so on, they are all very difficult to comprehend. But once you comprehend them, you can kill enemies of a higher realm and have the hope of meeting an Emperor,”the old Titan explained in detail.

“I understand. Therefore, I need to comprehend more of these primitive laws in the immortal realm. This will be of great help to my future development path?”Ye Sheng asked.

“Yes, once you have comprehended more, your future will be smooth sailing,”the old Titan nodded and said.

“Are there any rules?”Ye Sheng asked curiously.

“You will definitely have to comprehend the five basic laws of metal, wood, water, fire, and earth. You will also have to dabble in a few other supreme laws. Of course, if you have grasped all of them in the early stages, then there won’t be any difficulties. I don’t have high expectations of you. Good luck.”The old Titan was still very good to Ye Sheng, he told Ye Sheng everything he knew.

“I understand.”Ye Sheng nodded and memorized it in his heart.

“Remember, immortals have thirty-two steps. It seems like a lot, but if you walk step by step, time will pass quickly. If you don’t comprehend more at this realm, then when you reach the Immortal King Realm, you will find that the difficulty of comprehending will be a hundred times higher. Once you break through to the Emperor realm, the difficulty will increase by a few thousand times. Seize the opportunity.”The old Titan reminded Ye Sheng at the end.

Ye Sheng nodded solemnly and kept this in mind. He did not dare to be careless. Although he wanted to break through as soon as possible, it was clear that there was no need to be anxious in the immortal realm. Comprehending more primitive laws would be the greatest help in the future.

Ye Sheng was only at the first step of the thirty-two steps of the immortal realm. There was still enough time, so he was not in a hurry. After communicating with the old Titan, he changed his goal.

“Where should I go to comprehend the primordial laws?”Ye Sheng asked.