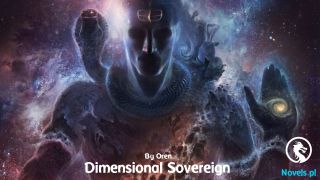 «The Earth Is My Dantian (Web Novel) - Chapter 849: Traveling the universe

It was gone, which was why it was so precious.

Chu Xiangyu stayed here for three days. In these three days, he traveled all over this planet and fell into deep thought.

Three days later, he brought Ye Sheng to another place.

It was a transit station in the universe that had been abandoned for God knows how many years. Everything had rotted away. Only some of the foundations told Ye Sheng that this place had once been very glorious.

Time was the most ruthless weapon. It would bury everything.

Chu xiangyu sighed and said, “It was here that I met the woman I loved the most in my life. Although she was not beautiful, the joy of her youth was enough to make me miss her for the rest of my life.”

“What happened after that?”Ye Sheng asked. Even though he had guessed the answer and the ending, he still asked.

“She left me a long time ago. We were together for less than three months. When the disaster struck, everyone died. Even I was on my last breath. I was lucky enough to escape,”Chu Xiangyu sighed.

“I used my whole life to reminisce about the joy of three months. From then on, I saw countless women. They looked like her eyes and her hair, but none of them were her.”Chu Xiangyu sighed faintly, looking at the transfer station that only had a few foundations left, her expression was sorrowful.

“Three months of being together, a lifetime of reminiscing, is it worth it?”Ye Sheng asked in a daze.

“There’s no need to ask if it’s worth it. The most important thing is whether you like it or not. My love for her has never changed from the beginning to the end. Now, my love for her is still as passionate as the first time we met,”Chu Xiangyu said softly.

“In this world, you can’t do whatever you want. No matter how powerful you are, you can’t change a person who has long disappeared. If too many people go into the river of time, it will bring about an irreversible ending in the future,”Chu Xiangyu shook his head and said.

“In fact, I’ve been to the river of time countless times, but without exception, I haven’t found the other party. In fact, I haven’t even found my younger self. The dimension of time is too big. I’m not a traveler who specializes in time, so as time goes by, I give up,”Chu Xiangyu said regretfully.

Ye Sheng no longer asked. If he could revive Ye Sheng, Chu Xiangyu would definitely do his best. But since he couldn’t do it, it meant that there was no other way.

“Ye Sheng, this universe is about to come to an end. I have to go to the seventh realm as well. I Won’t be able to help you. From now on, you have to be careful.”Chu Xiangyu collected his emotions and said to Ye Sheng.

“When the universe comes to an end, you have to be careful. Protect what you want to protect. Everything else is up to fate. The chaos race will not be destroyed in this epoch.”Chu Xiangyu said regretfully.

Must this epoch be destroyed?

“Because after destroying the four horsemen, they didn’t force out the chaos race. They hid in their headquarters and refused to come out. That means they won’t come out until the end of the epoch.”Chu Xiangyu sighed.

This time, the old Titan was ready to take action, but he didn’t expect the primal chaos to abandon the four horsemen and throw them out for them to kill. He didn’t care.

The brave warriors cut off their wrists, leaving Chu Xiangyu and the others no place to attack.

“This epoch is inevitably destroyed?”Ye Sheng frowned. His family, his friends, and his brothers were all in this epoch.

“It’s inevitable. There’s still a period of time when the era will be destroyed. You need to improve yourself as soon as possible,”Chu Xiangyu said as he shook his head.

Ye Sheng did not know what to say. He could only clench his fists and secretly exert his strength. He wanted to improve himself as quickly as possible.

Time waits for no man.

Chu Xiangyu then brought Ye Sheng to many places. They were all places he had gone to when he was young in his memories. The more places he went to, the more silent Chu Xiangyu became.

His childhood memories had all vanished into thin air.

No matter how many places were destroyed by time, they no longer existed.

In the end, Chu Xiangyu stood in the universe. His lonely back was filled with desolation. His expression was heavy and he did not say a word.

“I’m leaving.”In the end, Chu Xiangyu only had one sentence. He pulled open the barrier of the seventh world and stepped in.

Ye Sheng watched silently as Chu Xiangyu left. He did not know when they would see each other again.

If Chu Xiangyu succeeded, there might still be a chance to see each other again. If they failed, this would be their last meeting.

“Thank you.”Ye Sheng thanked him sincerely. He did not know if Chu Xiangyu heard him, but he left resolutely.

In the empty and lonely universe, only Ye Sheng was left. He stood there silently.

The destruction of this universe was already unavoidable. Ye Sheng had to increase his strength and protect his family and friends when the great calamity came.

But how should he increase his local strength next?

Ye Sheng had no clue.

After thinking about it, Ye Sheng still wanted to ask the old Titan and the old farmer.

He stretched out his hand, and the void split open. Ye Sheng took a step forward and teleported through space.

This was the good thing about breaking through to the immortal realm. One could teleport through space at will, but the only drawback was the distance.

It was neither too long nor too short. He had to rush back to the Sky Dome Planet.

Training thousands of times was better than a battle to the death. They had to temper themselves between life and death.

The Sky Dome Planet could also be considered to have made a name for itself with one shot. It had been noticed by the major powers in the universe.

Such a terrifying force actually existed on a planet. The leader was at the Immortal King Realm, and he had an army of a million soldiers under his command. The lethality was simply unbelievable.

When Ye Sheng returned, only a day had passed, and everyone was still on the firmament star.

Ye Sheng came back quietly. He did not go to see them first, but went to see the old Titan.