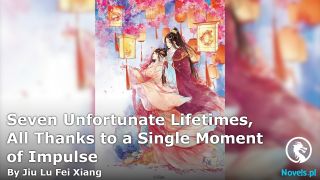 Three of the Four Horsemen died, but the chaos race still didn’t show up. They were hiding in the dark, planning something.

Ye Sheng was very worried. The four horsemen were just appetizers. What was really worth worrying about was the chaos race. However, even though they had caused the entire universe to know about it, the chaos race still didn’t move.

They gave up on the Four Horsemen.

The death of the plague horseman, the famine Lord, and the Lord of war stunned the 100 races under the Four Horsemen. All of them were in disbelief as if they had been struck by lightning.

It was all over!

Three of the Four Horsemen had died. What was the point of fighting?

Only the goddess of death was still holding on. They didn’t know the outcome of the battle with the old farmer. However, even if they won, it would be of no use.

The glory of the Four Horsemen came with great momentum, but they left very quickly. Their glory had only lasted for a few years, but they were defeated just like that.

A loud sound came from the gate of Void, resounding throughout the world. It made people tremble in fear as they stared at it closely.

“Damn it, this sister of the goddess of death is really terrifying. If I didn’t have the Void Gate in my original body, I would have died here today,”old nong muttered.

Hearing his words, the faces of the 100 clans under the Four Knights turned ashen. They didn’t know how to feel despair.

The goddess of death had been killed, and the four knights had been completely annihilated. The 100 clans were going to go from being high and mighty to being the street rats that everyone wanted to beat up. The forces that had been annihilated by the 100 clans would also start to take revenge.

Without the protection of the four knights, they were as fragile as a piece of paper. Moreover, they had offended more than half of the forces in the universe. It would be difficult for them not to die.

“Old Man, did you kill the goddess of Death?”Zhuge Xiaoming rushed to the side of the old farmer and asked.

Zhuge Xiaoming looked at the void gate and muttered, “But why do I think you are still very relaxed?”

The old farmer glared at him, scaring Zhuge Xiaoming into not saying a word.

“Wow, Old Man, you are tempted. is that first-generation goddess of death really that beautiful?”Zhuge Xiaoming asked with a wink.

“Get lost!”The old farmer slapped down in anger from embarrassment. With a boom, he directly slapped Zhuge Xiaoming into the void. He wanted to torture this brat properly.

Then, the old farmer said in boredom, “The four horsemen have ended. In the end, they didn’t force out the primal chaos. Forget it, I’m leaving too.”

Chu xiangyu nodded and said, “I’m leaving too. I hope you can get the favor of the goddess of death the next time we meet.”

The old farmer staggered and said unhappily, “You might not even survive. Why are we meeting? Do you think you are the goddess of Death?”

Chu Xiangyu smiled but did not say anything. He just looked at the old farmer.

The old farmer did not say anything. He opened the void of the universe and stepped into it, disappearing.

At this moment, Lucifer looked in the direction of the divine realm for a while. No one knew what he was thinking. He turned around and disappeared into the darkness.

Only Chu Xiangyu waved at Ye Sheng, signaling him to come over.

Ye Sheng walked over and looked at Chu Xiangyu. “Are you about to enter the seventh realm?”

Chu Xiangyu smiled but did not say anything. “Do you have time to walk around the universe with me?”

Ye Sheng turned around and shouted, “Chi Jun, help me take care of my daughter. Bring her back.”

Chi Jun nodded and did not ask why. He just did as he was told.

“Let’s go. I want to see this beautiful universe for the last time,”Chu Xiangyu said faintly. She opened a black hole and took the lead to enter.

Ye Sheng did not hesitate and immediately followed. The two of them disappeared into this universe.

The remaining battlefield was cleaned up by Chi Hun and the other immortal kings. The million-strong army brought by Chi Hun began to sweep the battlefield. After they finished killing, they would bring their men and retreat back to the vault of Heaven Star.

Ye Yun ‘er was very obedient at this moment. Perhaps she knew that her father was going to do something dangerous, so she obediently followed the Chi Army back.

The universe was so big that most people would never be able to travel through it in their entire lives.

Chu Xiangyu did not bring Ye Sheng to any bustling place. Instead, they came to a desolate planet.

After this planet became desolate, it was filled with black and brown rocks. There were no trees and dead water. There was no vitality at all. The entire planet gave off a feeling of death and desolation.

After Chu Xiangyu came here, his eyes were a little sad. He slowly sat down on a black rock.

Ye Sheng stood in front of him. He did not say anything. Instead, he calmly looked at everything around him.

In this vast universe, this kind of place did not know who he was. From the shock of seeing it for the first time to the calmness now, Ye Sheng had experienced too much.

“This is my hometown.”Chu Xiangyu looked at Ye Sheng and smiled as he said.

Ye Sheng had also guessed that Chu Xiangyu was about to enter the seventh realm. His soul and spirit would fuse together and begin to break through the path of transcendence. Once he failed, he would be unable to return to this universe. Therefore, Ye Sheng could completely understand why he had come here.

“I grew up here. I’m a very ordinary youth. My family doesn’t have much money either. I Can’t afford to pay tuition fees, so I’ve missed the best age for cultivation.”Chu Xiangyu seemed to be reminiscing, at the same time, he seemed to be conversing with Ye Sheng. He spoke slowly and softly.

“After I became an adult, I started to carry out the universe transportation business with the transportation ship. The money I earned wasn’t much, but it was enough to make a living. This period of time was also what I missed the most. Unfortunately, the first time I went out to transport, I encountered a cosmic storm and was completely annihilated. Only I survived and started to struggle in the universe. From a kid with a low cultivation level to Chu Xiangyu, I experienced a lot and gave up a lot. Now, my only wish is to destroy the primal chaos.”Chu Xiangyu said.

“This is also my wish,”Ye Sheng said firmly.

“You are very much like me back then. When you broke into the universe, you were alone, and you dared to travel in the universe. I felt very close to you the first time I saw you, so I will nurture you.”Chu Xiangyu smiled.

“But after I entered the seventh world, everything had to start anew, and you also lost my protection. Be careful in the future, and I won’t be able to help you in the dark.”Chu Xiangyu sighed.

Ye Sheng raised his head and said in high spirits, “You’ve already helped me to this point. If I still can’t solve the problem on my own, then I’ll be a failure. Don’t worry, I can hold on.”

“It’s good to be young.”Chu Xiangyu looked at Ye Sheng as if he had seen himself millions of years ago. He was also in high spirits.