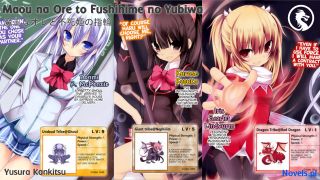 «The Earth Is My Dantian (Web Novel) - Chapter 847: The four knights who were in trouble one after another

Chapter 847: The four knights who were in trouble one after another

To be more precise, the lord of Famine’s soul was pierced through, and his entire body exploded instantly. He could no longer maintain it, and he spat out a mouthful of blood. His body was like a sieve, and he kept spitting out blood.

His soul, the soul of an emperor, and the ultimate source of power, was pierced through by Lucifer at this moment.

“As an emperor, you shouldn’t be able to hurt my emperor’s soul.”The famine lord stared at Lucifer. He didn’t understand why Lucifer didn’t walk the path of transcendence?

At the moment when his soul was about to be shattered, he had to figure this out.

Facing the doubt, Lucifer was silent for a moment and then said, “You shouldn’t doubt the first generation of the four knights.”

The lord of famine stared at Lucifer in disbelief.

“How… How is this possible? Are you lying? It’s impossible to cross that boundary. This universe doesn’t allow it.”The Lord of famine roared.

“If the universe doesn’t allow it, doesn’t it do it?”Lucifer mocked.

“The universe doesn’t allow destruction. Didn’t the chaos race destroy it seven times? There are too many things that are not allowed. If you were so obedient, you wouldn’t question the first four knights.”Lucifer shook his head and said.

“No, this is not the same logic. The resistance is too great.”The Famine Lord was still unwilling to believe that Lucifer had already stepped into the realm above the monarch realm.

“If you don’t try, how would you know that the resistance is too great?”Lucifer was very disdainful. The famine lord was too afraid of surpassing.

It was not easy for him to reach the peak of the monarch realm. As a result, he lost his spirit and did not dare to change.

The Famine Lord was a hot-blooded youth. He had great ambitions, and he had the courage to change the skies.

But as time passed, and as they were defeated in the previous era, the famine Lord began to grow timid and afraid.

He was afraid that as he surpassed, he would destroy everything he had.

This was a terrifying thing.

The famine overlord stared blankly, his eyes bloodshot. There was a small mark between his brows — it was an attack that could kill him.

“Can it really be done?”The Famine Overlord’s final lesson before his death began to reflect on what was going on.

“Since when did he become so weak and self-confident?”?

“Since the last era was destroyed, they started to doubt themselves after witnessing the terror of the chaos race.”.

Lucifer ignored the famine Lord’s reflection and turned to look at the pestilence knight on the other side.

The pestilence knight, who was exhausted by the judgement sword, was dumbfounded when he saw the famine lord.

The famine lord was killed.

How could someone who was at the same realm as him be killed?

Was Lucifer, who was born in this era, really that powerful?

The Pestilence Knight didn’t know why, but he panicked.

However, it was useless.

Lucifer came in front of him and looked at him coldly. Then, he slowly reached out his hand.

His five fingers were long and white like white jade. They were even more beautiful than a woman’s hand. They touched the pestilence Knight’s glabella.

This was Lucifer’s only sentence. It was a spell that could destroy the world. The pestilence Knight’s body trembled and he stepped back in disbelief.

“You can actually hurt my origin!”The Pestilence Knight’s hand that was holding the judgement sword was trembling. In fact, his entire body was trembling. How terrifying was this? He could not believe it.

Lucifer did not say anything. He just waved his hand and the judgement sword left the Pestilence Knight’s hand and flew to his side.

“I will get rid of you during the Great War of the new age. It will save me a lot of trouble,”Lucifer said lightly.

The Pestilence Knight’s body started to fade and turn into ashes. It kept disappearing and turned into clouds and mist.

All of this was extremely terrifying. Under the gaze of countless eyes, the arrogant four knights, the peak emperor, and the person who suppressed the entire universe disappeared just like that.

This was the true annihilation. Ye Sheng’s heart was surging with emotions and was filled with envy. He wished that he could become as powerful as Lucifer.

Originally, he thought that breaking through to the immortal realm was already stepping on the path of the strong. But now, it seemed that the gap between Ye Sheng and the true strong was still very big.

Perhaps it wasn’t very big, but it was terrifyingly big.

“I still need to continue to become stronger.”Ye Sheng thought firmly in his heart. Any pride and complacency disappeared.

“Why hasn’t my grandfather Come Out Yet?”Zhuge Xiaoming mumbled to the side with a worried expression.

The plague knight and the famine Lord among the four knights were killed by Lucifer alone. The method was extremely cruel, and the Lord of war was dragged into the river of time by Chu Xiangyu. Everyone could vaguely see the battle situation, chu Xiangyu still managed to suppress the Lord of war. He kept killing him, and it was only a matter of time before he won.

Now, only the goddess of death was left. He and Old Nong entered the Void Gate together. They did not see anything, which made people anxious.

On one side, Ye Sheng and the others were satisfied. On the other side, the experts of the hundred races under the four knights were ashen-faced, as if they had lost their parents. All their hopes were placed on the four knights, but now, one was suppressed, and two were killed…, there was also one who had escaped into the Void Gate and disappeared without a trace. Everyone’s mood sank to the bottom, and some even began to flee. However, more than half of the universe had come, would they let you escape?

The river of time stirred up waves, and the war master was swept up by Chu Xiangyu’s great flag of the ancient times. His body instantly turned into ashes, and at the moment of his rebirth, Chu Xiangyu, who was on the river of time, used her supreme magical power…, to devour the War Master.

The War Master was dead!

This time, more than half of the universe was cheering. Only the goddess of death was left. She could no longer stir up waves. The defeat of the Four Horsemen was destined.

At this moment, Ye Sheng frowned instead.

He wasn’t worried about such a situation. Instead, he was confused.

But now, it seemed that the chaotic clan had given up on the four knights and did not plan to come out to rescue them.