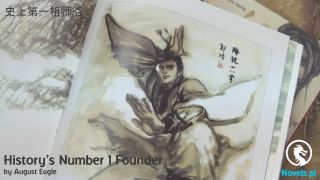 «The Earth Is My Dantian (Web Novel) - Chapter 846: Exquisite ashes

The Pestilence Knight was exhausted by the sword of judgment and could not get rid of it. He wanted to fight Lucifer to the death, but he did not have the energy to deal with Lucifer.

If he was not careful, the sword of judgment would kill him.

Even if it did not kill him for the time being, it was a slow death. Every time he resurrected, it would be very hard, and it could not be unlimited.

Therefore, the pestilence knight hoped that the famine Lord would win.

But now, the famine lord couldn’t even protect himself.

He was beaten senseless by a great divine spell of Lucifer. It was obvious that he wasn’t a match for Lucifer.

Moreover, that divine light was also here to take his life.

The divine light was a bright black and white color that was still changing.

Why was it black and white?

However, as he walked, more and more questions popped up in Lucifer’s mind. Why was this world so dark?

The Bright God said that the world was one and the world was beautiful, but there were too many hypocrites and too many secrets in this world that Lucifer wanted to figure out.

The only difference between him and god King was that Lucifer had a strong desire to explore.

In short, Lucifer was a problem baby. He had so many questions that no one could answer him.

Since no one could answer him, Lucifer went to find the answer himself.

The answer he got was so shocking.

After Lucifer saw the answer, he was silent for a long time.

In fact, there was a period of time where there was no chief judge in the Divine Realm.

Lucifer was silent. He was asking for the right and wrong, he was looking for the correctness of the answer.

He found a lot of information and solved the big screen of the fake world. He saw a bloody world.

Lucifer also found the big clock. He went back to before the new age. He wandered in the cracks of time. He had seen the birth and destruction of the world. He had heard cries and cries for help.

After Lucifer came back, it was that big battle. He rebelled against the Divine Court and chose to fall. He dyed his wings black and gave up his position as the Chief Inquisitor. He even personally sealed the god King.

In the Godly King’s heart, he was filled with envy, jealousy, and complicated feelings.

These complicated feelings turned into that he had to kill Lucifer in order to feel at ease.

However, in Lucifer’s heart, he never took the godly king seriously.

The Godly King was born with him, grew up with him, and received the inheritance of the ancient gods together.

It seemed like they were good brothers, good family, and good friends.

However, that was not the case. Lucifer only had pity for the god King from the beginning to the end.

The god King was very pitiful. He was a puppet and did not have any thoughts of his own.

The ancient God died, but it also took away the god King’s Hope.

The god King lived in the shadow of others for his whole life. How pitiful was that.

Originally, the god King could walk on a supreme path like Lucifer.

Every time Lucifer looked at the god King, he would feel pity for him for a while.

That was because at that moment, Lucifer completely erased the traces left by the ancient god.

From then on, he was Lucifer, the fallen angel Lucifer.

He could truly embark on a different path. This path belonged to Lucifer. Whether he lived or died, only he could decide.

Now, Lucifer had taken a few steps. He was completely different from a few million years ago.

Therefore, Lucifer merged his Divine Court and Hell’s past into one godly light.

He did not name this godly light. Maybe it was not bad to call it Lucifer’s past, but it represented the past that Lucifer did not care about.

This godly light had two colors, one was black and the other was white.

The entire universe was staring at this ray of Divine Light.

It was so fast, but in everyone’s eyes, it was as if it was moving in slow motion.

Ye Sheng saw with his own eyes that two Lucifer appeared on this ray of divine light.

One of them had pure white wings, and his divine might was unfathomable. He was high up in the sky and looked down on all living things. He held a sword of judgment in his hand.

This was Lucifer during the era of the Divine Court. At that time, although he would also question the ancient gods, he was still the executor of the ancient gods’Majesty and rule.

That was why this Lucifer was so holy, so holy that it seemed fake.

The other Lucifer was the Lucifer who fell into Hell.

He had black wings, a devilish expression, and his entire body was exuding an evil aura. He was completely different from the Holy Lucifer, but this was Lucifer.

This change caused Lucifer to be in complete opposition.

This was what Ye Sheng understood.

However, in reality, these two types of Lucifer could be fused seamlessly. There was no sense of repulsion at all.

Black and white, justice and evil, light and darkness, right and wrong.

Thousands of years of opposition had perfectly fused together at this moment.

Therefore, the current Lucifer had truly walked his own path.

This world was not black or white, but an exquisite streak of gray.

This exquisite streak of gray was the color of the divine light after Lucifer merged with black and white.

And all of this was not only seen by Ye Sheng, Zhuge Xiaoming, du Qingyi, and Chi Jun…

Everyone in the entire universe saw it.

Including the Supreme Godly King who was high up in the sky. He witnessed everything with his own eyes.

He had seen everything that Ye Sheng could see.

He had also seen everything that Ye Sheng could not see.

The Godly King lost his composure and fell to the ground. His golden hair fell down, and his exquisite face was full of shock.

“He has indeed walked on this path. He has walked this path before me. Lucifer, why are you ahead of me in every aspect?”

The godly king was filled with resentment, unwillingness, and despair…

He knew that his state of mind was not right, but he could not adjust it. After a few hundred years, he could only look up at Lucifer.

This was not a person of the same realm.

The godly king coughed and spat out a mouthful of blood. He looked at Lucifer in despair, and his eyes were filled with madness.

However, it was useless. The Flames in his eyes had not been extinguished.

The Godly King wanted to take a gamble.

The godly light that countless people were staring at still flew in front of the famine lord.

The famine lord looked at it weakly. His eyes were filled with blood as he roared.

This was a suicidal move. The famine Lord knew that he wouldn’t be able to survive and knew how terrifying Lucifer was. Therefore, he risked his life.

This roar resounded throughout the universe. Countless people covered their ears. Even though they were separated by a galaxy, a million miles, and countless planets, they were still shocked.

But then, the roar stopped abruptly.

An exquisite gray beam shot through the famine Lord’s head.