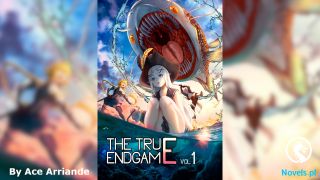 «The Earth Is My Dantian (Web Novel) - Chapter 845: The Eternal Moment!

The judgement sword descended and directly vaporized the pestilence knight.

The speed was very fast. In almost a breath’s time, the powerful pestilence knight was vaporized by the judgement sword’s incomparably powerful judgement power.

Of course, in the next breath, the Pestilence Knight was resurrected. Existences like them were not so easy to die.

“You have really angered me. I will kill you and spread the pestilence in this universe. These people who died are all because of you.”The Pestilence Knight was furious and roared wildly.

He had clearly felt the aura of death just now. If he was not very strong and had not reached the peak of an emperor, he would not have been able to come back.

How could he not be angry?

The plague knight wanted to eat Lucifer alive, so he immediately called for the famine lord.

“Let’s attack together and kill him. He attacked US first just now. This time, we must let him know what terror is.”The Plague Knight was furious. After he rushed out, his body expanded and he was about to attack.

However, the famine Lord didn’t move. Instead, he shouted, “Be careful!”

The Plague Knight looked at the lord of famine in confusion. What was there to be careful about?

He looked around and saw nothing but Lucifer in the distance.

“In Your Soul, you just walked out of death. Something came out with you,”the lord of famine said in shock. He could not believe his eyes.

The Pestilence Knight had walked out of death and avoided the attack, but the sword of judgment was gone.

The Sword of judgment followed the pestilence knight and walked out of death. It appeared in the Pestilence Knight’s soul.

The pestilence knight also noticed it, but it was too late. He was entangled by the sword of judgment.

He pulled out his longsword and threw it out fiercely. A terrifying energy attack was about to smash the sword of judgment.

However, the judgement sword only shook violently, but it was not injured at all. It trembled and flew out, turning into fierce flames that burned fiercely.

It was burning the Pestilence Knight’s soul.

The Pestilence Knight Roared. His face was ferocious and extremely uncomfortable. His soul was in pain, and it was extremely painful. Even someone of his realm could not withstand it. One could imagine how terrifying it was.

The famine Lord couldn’t do anything at the side. He waited bitterly, but this wasn’t enough. He wanted to help his brother, so he set his eyes on Lucifer.

The Famine Lord cast a great law, and instantly, the universe changed color. Space rotated, and millions of corpses were buried. It was shocking and attacked Lucifer.

As long as Lucifer couldn’t deal with the Pestilence Knight anymore, it was equivalent to saving him.

However, was Lucifer that easy to defeat?

As a legendary figure, he could be the boss in the God realm and the Demon God in Hell. How could the famine Lord Look Down on his strength?

Instantly, the world that was filled with starving people was torn apart. Not only that, the famine lord also found himself torn apart. His expression changed drastically as he crazily circulated his cultivation technique, hoping that he could recover, but it was useless.

He was torn apart by Lucifer.

“How can you be so powerful? You are already attacking the pestilence knight, yet you still have such a powerful spell to tear me apart?”The Famine Lord’s head roared in anger. He did not understand why this was the case.

They were both at the peak of the Emperor Realm, so why were you so powerful?

The famine Lord did not understand, and neither did the pestilence knight. Right now, he was still being chased and killed by the judgement sword.

Because the judgement sword had locked onto his soul, it kept on killing his soul. In this short moment, he had been killed more than ten times. If this continued, he would definitely die.

How terrifying was this? A peak emperor was about to die.

Not only did they feel that Lucifer was terrifying, even ye Sheng felt the same.

Especially when Ye Sheng saw that Lucifer only used one judgement sword to trap the Pestilence Knight and slowly die, he was in disbelief.

Such a powerful Lucifer was actually on the same level as the godly king. How powerful was the Godly King?

Wouldn’t he be the same as Lucifer? There would be a lot of hidden powers in the divine realm.

Zhuge Xiaoming muttered, “The demon king Lucifer is still powerful, but I wonder how my old man is doing and if he is okay.”

“He is definitely fine. If he is, the Void Gate should be cracked open. Maybe there is a fierce battle inside.”Du Qingyi said.

“I didn’t expect these three people to finish off the Four Horsemen. Even my grandfather didn’t go on stage,”Chi Jun Sighed.

Ye Sheng’s expression changed when he heard this. What did this mean?

Fortunately, no one cared about his thoughts. The entire universe was watching this moment. In the divine realm, the god King’s expression was ugly.

“He became stronger again. Could it be that he has walked on that path?”The god King thought of a terrifying thing.

Lucifer was his biggest threat.

The Godly King was both envious of Lucifer’s talent and jealous. Everyone clearly had the same starting point. Why Were You So Awesome? You walked your own path while I repeated the path of the ancient gods?

No one dared to say anything in the divine realm. Everyone watched silently.

Lucifer was too powerful. After he shattered the famine lord, his face was cold. He stretched out his big hand and ruthlessly covered it. Like a heavenly pillar, his five fingers fell down.

Moreover, such a divine spell could hold the lord of famine back in the void for ten thousand years in an instant.

In these ten thousand years, the end of the world also happened. The lord of famine’s furious roars sounded continuously. However, it was like a ferocious beast sitting on a cornered beast.

It was extremely cruel and cold.

In the short span of ten breaths, an unknown amount of time had passed. Lucifer let go of his hand and revealed the lord of famine.

However, at this moment, the lord of famine had become weaker, older, and weaker. He was going through a calamity.

Everyone was stunned and didn’t dare to say anything. A peak emperor was actually going through a five-stage heaven-human decline. It was too terrifying.

This change made everyone speechless. However, to Lucifer, it was just a simple change.

He flicked his finger and a ray of divine light flew out.