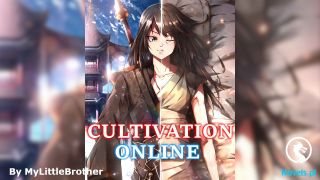 «The Earth Is My Dantian (Web Novel) - Chapter 844: Sword of Judgment

Old Nong’s body was cracked by the sneak attack of the goddess of death.

However, Old Nong was not injured or killed. Instead, when his body was cracked open, his true body was revealed.

A door was born from the void. It was very mysterious and beautiful, as if it contained a supreme treasure.

“I picked it up.”Zhuge Xiaoming said with a face full of black lines.

“Will you tell others?”Zhuge Xiaoming said in a bad mood.

“I knew that my grandfather picked it up when I was young. No, I didn’t pick it up. My father did. My father was picked up by my grandfather. After he grew up, he returned to the Zhuge family. Then, he met my mother and gave birth to me. Then, I lived with my grandfather since I was young. That’s it.”Zhuge Xiaoming took the initiative to explain everything, to prevent ye Sheng from imagining things.

“Actually, there’s no need to explain. I Won’t be imagining things.”Ye Sheng said against his heart.

Zhuge Xiaoming chuckled. Who would believe you? He wouldn’t be imagining things. If he was in Ye Sheng’s shoes, he would probably be able to write and direct a drama about family ethics.

That was why Zhuge Xiaoming spoke decisively, interrupting the daydreams of Ye Sheng, du Qingyi, and the others.

While they were joking, the old farmer transformed into a void door and ruthlessly suppressed it.

“You’ve beaten my true form out. Now, I’ll let you see how powerful the Void Door that even the primal chaos is afraid of is.”The old farmer laughed loudly. The void door let out a deafening sound, which was extremely strange, however, the goddess of death couldn’t care too much. She was entangled by the old farmer, and the void door covered her in an instant. No matter how she struggled, she couldn’t escape.

“Damn it, you’re forcing me to explode!”The goddess of death shouted angrily.

“You can explode. Today, I’ll bring you behind the Void Door and give you a taste of my great void spell!”The old farmer let out a long howl, and a ray of divine light spread out. The goddess of death couldn’t avoid it at all, and she wanted to block it…, but the great void spell didn’t give her the chance at all, and pulled her into the void.

This time, there was only one void gate left. The goddess of death was gone and the Void Gate did not move. It was obvious that both sides were fighting inside.

“World-destroying Curse!”Lucifer flapped his twelve wings and created a scene of the destruction of the world. He cast the world-destroying curse and trapped the plague and famine inside, not giving them a chance to leave.

Famine and famine knew that Lucifer was powerful, but they were not afraid even if they joined hands. They started a fierce battle in the boundary of the world-destroying curse and did not care about what the other party did.

The famine Lord suddenly erupted. Famine spread and covered the sky and the Earth. It turned into countless rays of light and sprinkled down. It was very mysterious.

If one was infected by this, they would starve to death. Even an emperor would not be able to escape this disaster.

An emperor would starve to death. If they did not see it with their own eyes, no one would believe it.

And at this moment, Lucifer encountered such an attack.

There was also the plague of the plague knights. Once touched, one would die in the famine and the plague. This was very terrifying.

Everyone watched without blinking. How would Lucifer deal with this?

Lucifer didn’t care at all. He rushed in and spread his wings. He released a powerful aura and cast a god spell.

This was a god spell that Lucifer learned after he fell and combined it with the Divine Court and hell.

“Go to hell!”Lucifer took out a long sword. It was also a god weapon, the sword of judgement. This was a god weapon that he created when he was the chief judge in the God realm. It followed him into Hell and began to evolve.

The Sword of judgement was half black and half white. They were intertwined together and there was no clear distinction between them. Instead, they were entangled together.

The Sword of judgement could judge enemies. It could directly kill their souls and not give them any chance to live. This kind of powerful attack was directed at the plague knight and the Famine Lord.

A bright divine light burst out, and the judgement sword flew into the sky and turned into a huge sword. It descended from the sky and suppressed the famine lord.

“I will judge you today!”Lucifer pointed at the plague knight and ignored the famine Lord.

Although the sword of judgment was powerful, it couldn’t judge both of them at the same time. The pestilence was more worthy of judgment than famine.

This was the justice that came from the heavens.

The Sword of judgment landed on the Pestilence Knight. His expression changed drastically. He felt that he was locked onto and couldn’t escape.

This wasn’t good. He was a peak emperor, yet he was locked onto. This showed how terrifying the sword of judgment was.

“Plague Scroll!”The Pestilence Knight threw out his own magic treasure, a magic treasure that recorded countless of pestilences. It completely exploded and rushed forward, wanting to pollute the judgement sword.

However, Lucifer had already guessed his opponent’s method. The twelve wings of darkness immediately separated from him. One wing after another connected together and turned into a sky screen that blocked the plague Knight’s scroll.

The Sword of judgment landed on the plague knight without any reason.

The plague knight roared, “Hold On!”

At the most critical moment, the plague painting broke through the twelve wings of darkness and blocked the attack.

However, it was too late. The Scroll of plague was like a piece of paper and had no resistance at all. In an instant, it was scattered all over the ground by the torrential power of judgement.

The spreading plague could not disturb Lucifer. He was impervious to all calamities and spells as he watched this scene coldly.

The Plague Knight was directly hit by the judgement power of judgement sword.

This was an extremely horrifying scene. It happened so fast that even the lord of famine did not dare to block it. If he blocked it, it would become a judgement for him.

“No…”the pestilence knight let out a furious roar that resounded throughout the universe. The judgement power of the judgement sword rushed into his body.

His entire body was rapidly evaporating.