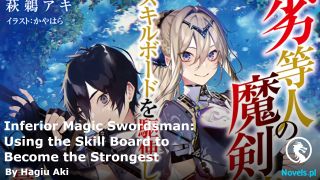 What responded to Chu Xiangyu was not a debate, but a fierce attack from the war master.

The war master did not want to waste his breath. He directly attacked Chu Xiangyu. His goal was clear, and it was extremely cruel and cruel.

This attack made many people’s breathing stop. Even if he brushed them, they would not feel good. But now, Chu Xiangyu was facing him head-on.

Chu Xiangyu was stepping on the garden of Eden, shining brightly. The power in Ye Sheng’s hands was on a completely different level. In Chu Xiangyu’s hands, the power of the Garden of Eden was astonishingly great, moreover, it was not like Ye Sheng, who had imprisoned the enemy’s cultivation. It had truly become an offensive divine weapon.

This was Chu Xiangyu’s magic treasure. Of course, he knew better than Ye Sheng how to develop and use this divine weapon. The Garden of Eden wrapped around him and blocked the world-ending battle spear’s vicious attack.

Furthermore, the Garden of Eden had counterattacked. It condensed the power of an entire world and directly blasted out.

The entire space of the universe was trembling. Ye Sheng and the others were far away. In a battle of this level, even the slightest amount of energy could suppress them to death.

“Get lost!”The war master roared. With a roar, it was as if Thunder had descended on the world. The world-destroying battle spear swept out mercilessly, trying to kill Chu Xiangyu.

At this moment, the power of a world was blocked by the war master, just like how Chu Xiangyu had blocked the attack of the war master.

When experts fought, the process was very dangerous, but the outcome was not so fast. It was not so easy to kill such an expert.

“Today, I will kill you here,”Chu Xiangyu said coldly. If he really attacked, it would be like the end of the world. It was extremely terrifying. His body exploded, his form changed, and with a kick, a world exploded.

The Garden of Eden and Chu Xiangyu merged into one, providing Chu Xiangyu with the power to explode.

There were also many terrifying scenes. For example, Chu Xiangyu was pulled by the apocalyptic battle spear. His body exploded, but a few seconds later, he walked out of the river of time.

For example, the Lord of war was torn apart by Chu Xiangyu and was split into two. However, he also came back to life and fought Chu Xiangyu.

This was the terrifying aspect of this type of expert. It was difficult to exterminate him.

Death was not the end, but the starting point of extermination.

And in the Void, Old Nong was alone.

Chu Xiangyu was dragged into the river of time by the Lord of war and began a fierce battle. Old Nong was alone.

But there were three four horsemen surrounding him.

The goddess of death, the plague horseman, and the Lord of famine!

Three against one, Old Farmer was in a very dangerous situation. Zhuge Xiaoming watched and was very worried, “Old Fart, please don’t let anything happen to you.”

Ye Sheng also frowned. One against three, this was a huge disadvantage.

But Ye Sheng and the others thought it was a disadvantage, but old farmer didn’t think so.

He looked calmly, his hands behind his back, and said to the goddess of death, “How about it, let’s fight one on one?”

The goddess of death sneered, “The situation is favorable for me now, will I fight one on one with you?”

Old Farmer shook his head and said, “The two of them will be gone in a moment.”

“Oh, do you still have helpers?”The goddess of death shook her wrist, very proud, her eyes full of killing intent.

She wanted to kill this annoying old farmer and make him talk nonsense about her sister.

“Who is it?”The goddess of death sneered.

It was three against one. She didn’t care what kind of scheme the other party had, she would kill him first.

“It’s me!”A deep voice sounded, accompanied by a shadow. Then, with a shake of his aura, the black wings on his back spread out. They were very huge and also very bright. They sparkled and actually had twelve wings.

When Ye Sheng saw this scene, he blurted out, “Fallen angel Lucifer!”

Lucifer’s appearance shocked everyone. He was different from the unknown Chu Xiangyu and the unknown old farmer. Lucifer’s great name had been spread throughout the universe until now.

There were also people who told the legendary story of Lucifer. From the one of the best grand inquisitors in the divine realm to the fallen angel, he had countless admirers.

Therefore, when Lucifer appeared, the entire universe was boiling with excitement.

The people on the battlefield watched with excitement as if they were looking at an idol. It could be said that everyone present had grown up listening to Lucifer’s story.

In the distant divine realm, the returning godly monarch was watching this great battle. The Divine Court and the Divine Court both chose not to help each other and just watched from the sidelines.

When they saw Lucifer’s appearance, the atmosphere in the entire divine realm became quiet. Every god consciously shut up.

In the divine realm, Lucifer was a taboo and could not be mentioned.

On the other hand, the godly monarch seemed to have no change and was still calmly watching. However, after careful observation, one could still find that his breathing was chaotic. He clenched his fists tightly.

“If you don’t die this time, I will personally execute you,”the godly monarch thought coldly.

On the battlefield, even the Milky Way made way for Lucifer. This elf-like man was as plump as jade. The twelve wings on his back gave off a demonic aura, making Lucifer look extremely evil.

“You are Lucifer?”The goddess of death thought she had heard of this name, but she didn’t expect to see him here.

“No problem, I haven’t fought for many years. I don’t know if I’m Rusty.”The old farmer was excited and shook his head, then, he said to the furious goddess of death, “Come, I will teach you a lesson on behalf of your sister.”

“Shut up, You Damn Old Farmer!”The goddess of death was angered by Lucifer’s attitude and was now entangled by the old farmer. She was burning with anger and attacked in an instant. Her figure was like a phantom.

The old farmer was hit and his body split open, revealing his true body.