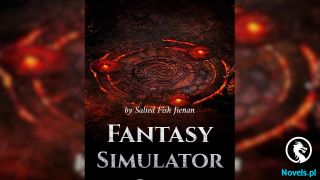 «The Earth Is My Dantian (Web Novel) - Chapter 842: Plague and famine

Ye Sheng’s black hole started to devour others crazily. Wherever he went, the people nearby would be devoured immediately.

Fortunately, Ye Sheng could control it and didn’t devour the people who came to help him.

After this competition, both sides were evenly matched. Ye Sheng was liberated and began to kill wantonly.

Zhuge Xiaoming was also like this. He waved a big knife and splashed ink, dancing spring and autumn. He was very powerful. With his bruised and swollen face, it looked ridiculous.

“A bunch of trash. You only know how to fight with numbers and Bully Your Grandpa Zhuge. If I don’t kill you now, I will take your surname.”Zhuge Xiaoming was very angry. He was beaten up like a sandbag, if he didn’t kill these bastards now, he would be letting himself down.

It was the same for du Qingyi. He was originally holding a divine weapon and should be awe-inspiring. However, he was suppressed very badly previously. More than 20 people surrounded and attacked him. This made du Qingyi very sullen. Now that the reinforcements had arrived, he no longer had any scruples, he unleashed his full power and activated the divine weapon, instantly crushing the people around him.

“You Bastards, Now You know how powerful I, Du Qingyi, AM.”Du Qingyi let out a long howl. His peach blossom eyes were shining with a bright light. He was very excited. Only now did he feel comfortable attacking.

The Red Army tore the enemy apart in the sky. No one could resist the Titan’s body. Their bodies exploded from the attack, and blood splattered everywhere, dyeing the universe red.

These battles seemed intense, but in the entire interstellar war, they were nothing.

This was no longer a battlefield that could be decided by one or two people, but a battlefield of countless people. The prelude to the battle erupted, and at this moment, it was not concealed at all.

When the Master of war and the goddess of death saw this scene, their eyes were dark. They did not expect that more than half of the universe’s people would come to help, to punish the four knights.

“We can’t go on like this. Although we have more people, we can’t deal with more than half of the universe.”The war master transmitted his voice to the goddess of death.

The goddess of Death’s pretty face turned gloomy and became a bit savage. She didn’t expect that this time, they would make a big mess. Those forces that were destroyed when they returned, now those who escaped all came to deal with them.

This was already an unequal battle.

It was equivalent to a force of four knights fighting against more than half of the universe. Moreover, the Emperor Realm couldn’t participate. The Lord of war and the goddess of death were held back by Chu Xiangyu and Old Nong. Other emperors wanted to fight, but Qian Yuan was watching…, there were still some people who didn’t appear in the dark and were all watching the battle.

Therefore, Chu Xiangyu stood calmly in front of the Lord of war and gave them too much pressure.

“If the two of us fight, even if we can defeat these two, it will take a very long time. Why don’t we hand everyone over?”The Lord of war frowned and said to the goddess of death.

There were several emperors under the four horsemen. They were not as powerful as them, but they were not weak either.

Moreover, there were still two of the four horsemen that had not appeared.

These four great horsemen were their pillars of support. Now that two of them had appeared, there were still two waiting at the home of the Four Horsemen.

“Call them over and end this farce.”The goddess of death said coldly. She did not want to drag this on any longer. Even if they won in the end, they would not feel good even if they suffered heavy losses.

In the end, they still had to rely on the people at the bottom to rule their own territory. If too many died, the four knights wouldn’t be able to do anything.

The Master of war immediately sent a message to the plague and famine that were stationed at the headquarters.

The entire universe suddenly erupted with a huge tremor. The four doors of the four knights also started to tremble. Waves of plague aura emerged. The moment they touched it, they would instantly become infected. Their bodies would have problems, and they would lose without fighting.

This was a plague, a kind of poison. It came from one of the Four Horsemen, the plague horseman.

Ye Sheng noticed this and quickly retreated, turning into human form. He shouted at Zhuge Xiaoming, “Retreat, the plague horseman of the Four Horsemen is here.”

Du Qingyi was the same. The Red Army didn’t dare to approach the four doors anymore.

The battle in the starry sea stopped. Everyone turned their attention to the four gates.

A 10-meter-tall iron-faced warrior walked out. His entire body was covered in yellow gas. This was the origin of the plague. He was clad in armor and held a long sail in his hand. His eyes were like lightning as he stared at Chu Xiangyu.

As for Ye Sheng and the others, he completely ignored them.

Even Chi Hun, who was at the Immortal King Realm, was ignored by him.

In the eyes of the plague knight, only Chu Xiangyu and old nong were his targets. Even Qian Yuan, who was also an immortal king, wasn’t his target.

This was an invincible domineering aura.

And unlike the imposing manner of the plague knight, the famine came soundlessly, causing people to feel despair. His appearance instantly took the lives of thousands of people, and these people were instantly reduced to skin and bones, it was not just the body, but also the soul. In an instant, it was as if it had not been nourished for millions of years.

When Ye Sheng saw this scene, he could not help but feel a chill in his heart. This way of dying was really too cruel.

He starved to death.

An immortal could actually starve to death. It would be a huge joke if it was spread out. No one would believe it, but now, Ye Sheng saw it with his own eyes.

Fortunately, the famine warriors had no intention to deal with them, or perhaps they were disdainful of them.

They did not even count as disdainful, they simply ignored them. Ye Sheng and the others were not in his eyes. Famine was like a plague, it directly targeted Chu Xiangyu and old farmer.

The four horsemen surrounded Chu Xiangyu and old farmer from four directions. The situation was on the verge of breaking out, it was very tense.

In Ye Sheng’s opinion, the situation was extremely tense, but Chu Xiangyu and old farmer did not feel anything at all.

Old Farmer even began to comment, “Your second generation of four horsemen are not good enough. The plague has caused your entire body to be filled with a lifeless aura, and famine is even scrawnier. The first generation’s elegance has not been learned at all. What a pity.”

“Old Thing, shut your mouth.”Plague glared at him and snorted coldly.

“It’s you, the Old Thing, who has lived for two epochs?”Famine laughed disdainfully. “From the looks of it, there’s nothing remarkable about it.”

“Of course there’s nothing remarkable about me. I’m just a person who is struggling to survive. I’m not as good as your seniors. I’m still holding on to my ideals and trying to destroy the chaos race. I just didn’t expect that you would actually join the chaos race. What a pity.”Old Nong shook his head, he began to teach them a lesson.

“Shut up. We don’t need you, Old Trash, to grumble about how we should do things. Since you dare to come out today, then prepare to die.”The goddess of death shouted angrily.

“I feel that the four of you won’t be able to kill the two of us.”Chu Xiangyu said leisurely, like a gentleman. He wasn’t worried at all. Instead, he smiled.