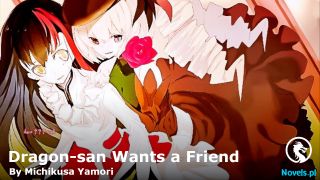 «The Earth Is My Dantian (Web Novel) - Chapter 841: Reinforcements from all directions

Chapter 841: Reinforcements from all directions

Ye Sheng’s participation in this battle was merely a drop in the bucket.

At every moment, a large number of people would come out from the four huge gates and join the battle, giving the four horsemen the upper hand.

Even though Ye Sheng had broken through to the immortal realm, he was still able to combine three spells into one. With his explosive power, he would be able to dominate the immortal realm. However, he had too many opponents.

Even if he was not ye Sheng’s opponent, he would attack in groups.

Unless ye Sheng turned into a black hole and swallowed them all in one go. However, without the protection of the Garden of Eden, Ye Sheng was still in danger.

If even ye Sheng had such a difficult battle, then the others would be even more miserable than him.

Because du Qingyi had a divine weapon in his hand, he received special attention. A total of twenty to thirty people had been besieging him. The divine weapon could only be used to protect himself and could not be used to fight back.

Zhuge Xiaoming was in the stage of being beaten up. His body was badly beaten and his face was swollen. Fortunately, he had cultivated a rare technique that his grandfather had taught him. After being beaten up, his cultivation was actually slowly improving. This was unbelievable after drinking alcohol.

The Red Army was also in a difficult situation. He was a titan with a huge body. Each punch and kick carried a huge amount of power, so he also received a lot of attention.

Everyone was fighting one against ten. The hundred clans under the Four Knights came out in full force. They were not reasonable at all. They wanted to give Ye Sheng and the others a deep lesson.

“We can’t go on like this. We will be beaten to death.”Du qingyi shouted. Even with the divine weapon, he still felt that it was very difficult to hold on.

“I can’t F*CKING support you. I can’t even protect myself.”Zhuge Xiaoming was beaten so badly that his mind wasn’t clear. He had obviously gained a lot of weight.

Chi Jun was even more speechless. The battle was very intense. He fought against the top ten experts alone.

As for Chi Hun, he held back more than ten immortal kings and fought among the stars in the distance. The battle was very intense and he had no time to care about anything else.

When Ye Sheng saw this scene, his eyes were about to crack. These four horsemen had too deep a foundation. Even though they had sent so many people, they were still blocked by the four horsemen. In turn, they had ten times the number of people.

With so many people, how could he fight?

He could only fight with his life!

Ye Sheng only had this will. Since he had already reached this step, he could no longer retreat. He stood up and let out a loud roar that shook the heavens. He forced the surrounding people who were attacking him to retreat. Then, his body suddenly changed.

Ye Sheng still used it. Even if he was stuffed to death, he did not mind anymore. If he killed a few more people, then he would kill a few more.

“All of you, go and Die!”Ye Sheng roared. The black hole suddenly spread for tens of thousands of miles and continued to expand. It turned into an incomparably huge face. It was Ye Sheng himself.

At this moment, tens of thousands of warriors under the command of the four knights in the surrounding areas were sucked into the black hole by Ye Sheng. They began to strangle and kill. Their methods were cruel. Today, it would be difficult for the black hole to escape.

Ye Sheng’s black hole had just undergone a metamorphosis, and this little bit of energy was not enough to kill him.

“Pour energy into the black hole for me. I want to see how strong he can be without the Garden of Eden, this divine artifact.”Some of the higher-ups under the Four Knights roared. They were not afraid of Ye Sheng’s black hole, instead, they found a weakness.

Without the Garden of Eden to help you suppress the enemy, no matter how powerful your black hole was, it was still a living target.

If you injected too much energy into it, it could burst you alive.

At this moment, many of the four knights who were besieging others immediately turned around and attacked Ye Sheng. Countless energy was absorbed from all directions and injected into the black hole, which made Ye Sheng’s black hole bigger and bigger.

However, this could not save Ye Sheng. The warriors under the four knights and the hundred clans were still appearing. As long as one’s cultivation had reached the immortal realm, they could come and participate in this battle.

This was an extremely unfair battle. Ye Sheng was unable to speak because of the energy. He was also determined. Since you dare to send in energy, I will dare to absorb it. Let’s see who can not hold on first.

In Ye Sheng’s black hole, energy churned. Although he was still controlling it, if it was doubled, doubled, tripled…

Ye Sheng knew that he was only at the immortal realm after all. He was not an invincible existence.

He had to think of a way to transfer this energy away.

Once the two of them broke through, the amount of energy ye Sheng could control would increase tenfold. It wouldn’t be a problem at all.

The earth doppelganger and the ancient god Doppelganger also knew that the situation was urgent, so they had to make this decision. Therefore, without saying anything else, they followed ye Sheng and began to break through.

All of this happened in the time it takes a spark to fly off a flint. The battle dragged on for a long time, and countless people participated in it. Everyone in the universe could feel that this was a world-shaking battle.

Just as the people brought by Crimson Soul couldn’t hold on any longer, countless powerful auras suddenly appeared in the universe.

“Four Knights, you guys destroyed my home. This old man is here to take revenge.”A reclusive immortal king crossed space-time and appeared beside Crimson Soul in an instant. He stretched out his hand and attacked ten of the four knights.

“Four knights, I’m here to take revenge for the Star Alliance.”A big-bellied stone golem appeared. It was actually an immortal king expert as well. In an instant, he pulled seven to eight immortal kings into his domain, he began to attack crazily.

The Galactic Alliance had been destroyed by the four knights. This stone man was the high-level official who had brought Ye Sheng from the Solar System to the Galactic Alliance. Now, he was also here to participate in this battle.

“Tens of thousands of cultivators from the Northern Alliance have come to help little friend Ye Sheng!”

At this moment, Ye Sheng heard many different voices, but without exception, they were all here to help him destroy the four horsemen.

In the entire universe, only the headquarters of the Divine Court and the Divine Court did not move. They were an ancient force. Seeing the four horsemen fighting Ye Sheng and the others to the death, wouldn’t it be great if they just sat back and collected the power of the fishing net?

There was nothing they could do. No one could control them.

However, many cultivators whose homes had been destroyed by the four knights moved out at this moment. Although they were not powerful individually, they could compete with the four knights together.

The situation was broken in an instant.

With this three-in-one technique, Ye Sheng’s strength increased greatly. His black hole suddenly shrank to only three thousand meters in size, and at this moment, it exploded out.

“Devour! Devour all of them!”Ye Sheng roared. He roared loudly, roaring through the galaxy.