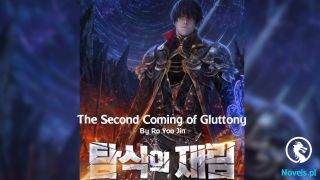 «The Earth Is My Dantian (Web Novel) - Chapter 840: The Great War began

With heavy casualties, the hearts of the people wavered. Many people began to consider whether they should go against the chaos clan or not?

If they didn’t go against the chaos clan, wouldn’t so many people die?

As for the so-called strengthening of the chaos, they did not care. The chaos itself was very strong.

The second generation of the Four Knights took advantage of this heart to bewitch a large group of people. They seized the opportunity when the four knights began to transcend and led those who were willing to submit to the chaos.

The Four Horsemen were split into two.

The conservative faction sank into the endless darkness, guarding the first generation of the four horsemen who had transcended. They were waiting for them to succeed in transcending and completely subvert the chaos clan.

The people who followed the second generation of the Four Horsemen appeared in this universe. They were a bargaining chip that the chaos clan used to destroy this era.

This generation of the goddess of death would definitely not admit that she was a traitor. She was more willing to call herself a pioneer and did what her elder sister could not do.

The people who followed her sister were still waiting aimlessly, waiting for an illusory chance to transcend. In her eyes, that was something impossible.

But now, she had succeeded. She brought the four knights back to the universe, took back the territory she had before, developed and expanded, and created her own new world. This was what her sister couldn’t do.

“I was right. Only under my leadership can the four knights see the light of day again and grow stronger. They can not continue to stay in that dark and boundless world, living in vain and waiting for a hope that doesn’t exist,”the goddess of death said coldly.

She knew Old Nong. Obviously, Old Nong was not from this era. Zhuge Xiaoming’s grandfather had existed for a long time. At least, he was from the previous era.

“But today, you have brought the four horsemen to a desperate situation.”Old Nong said lightly.

“You two alone can destroy the Four Horsemen?”The goddess of death laughed mockingly. She was a bold person. She would not regret her decision. She had always firmly believed in this point.

Behind the goddess of death, the four huge doors opened wide. Countless troops of the four knights appeared in this sea of stars. There were warriors from the hundred clans, kings from the ancient times, and killing battle formations…

The Master of war said sternly, “No matter how many of you come today, one of you will die, and the two of you will also die.”

Chu Xiangyu held the ancient flag and said indifferently, “That may not be the case. This time, it is not us who will deal with you.”

The Million Man Army had an imposing aura that permeated the entire starry space.

The Chi Hun Immortal King didn’t bother to conceal his aura at all. Although he wasn’t comparable to the four horsemen, he was still a peak-level expert.

The moment Zhuge Xiaoming appeared and saw his grandfather, he said in surprise, “Old Man, at your age, are you able to fight?”

The war master’s world-destroying war spear struck out fiercely in his hand, producing a loud sound. He said coldly, “Kill them all. Don’t leave a single one alive.”

A rich killing intent and a crazy roar spread throughout the universe. The Hundred Clan Warriors under the four knights and the million army trained by Red Soul faced off against each other.

The great battle quickly began, and the scene was extremely intense.

Du Qingyi held the divine weapon and kept reaping the lives of the enemies. His cultivation was not weak, and with the divine weapon, he could definitely fight across ranks. He was passionate and extremely fierce.

The Red Army also activated the Titan bloodline and turned into a giant. A supreme pressure burst out, and with a boom, the opponent’s body trembled. His internal organs immediately collapsed, and his body collapsed to the ground.

Zhuge Xiaoming also completely exploded. With a large knife in his hand, he cut melons and vegetables.

Everything changed too quickly. It was so fast that people could not believe it. A Battle of a million levels had begun just like that.

Chu Xiangyu and Old Nong stared at the Lord of war and the goddess of death. If the enemy didn’t move, they wouldn’t move.

The goddess of death and the Lord of war weren’t in a hurry either. They were only responsible for keeping an eye on Chu Xiangyu and Old Nong. If they didn’t participate in this battle, it was hard to say who would win or lose.

Both sides were monitoring each other. The battle below was extremely bloody and intense. A huge shockwave spread for hundreds of thousands of miles in an instant, affecting ye Sheng and Qian Yuan as well.

A Battle of millions of people, this was very intense, and the four huge doors of the four knights were wide open, there was an endless stream of reinforcements, even Red Soul who was at Immortal King realm was held back by several immortal kings, he turned into a thousand feet tall Titan, he was extremely violent, he suppressed his opponent, but it was useless.

These attacks were blocked by several immortal kings, Red Soul was held back, he could only rely on himself.

As they fought, Ye Sheng realized that these people were at a disadvantage, it was not that he could not win, but there were too many people against Fang Yuan.

If you killed one, ten people would rush up, how could he fight?

Ye Sheng had a serious expression, he was prepared to leave the stage, he had to win this battle, even if he had to die, he had to fight.

Moreover, Ye Sheng also discovered that his daughter, Ye Yun ‘er, was among them, she had sneaked over and participated in the battle, even though she had killed many people, he was in a difficult situation.

Ye Yun ‘er was being entangled by five warriors of the hundred clans, and she was struggling to resist them. Her small face was full of solemnity, and she had no time to care about anything else. She could only ensure that she wasn’t injured. However, this wasn’t the way to go on. She would definitely be injured or even die.

“I’ll go and participate in the battle. You should rest well.”Ye Sheng immediately said to Qian Yuan.

“Go. I can take care of myself.”Qian Yuan nodded. Even if she was injured, she was still at the Emperor Realm. She was far from being comparable to Ye Sheng.

Ye Sheng’s body turned into an aurora and cut across the sky. After he became an immortal, his strength increased greatly, and at the same time, he had an invincible speed.

When Kun Peng’s extreme speed was displayed in the immortal realm, it was really impossible to catch it.

Ye Sheng instantly came to the side of his daughter, Ye Yun ‘er. The energy in his whole body shook, and he killed all these people. He grabbed ye Yun ‘er with one hand and swung her fiercely.

“Help me take care of drinking Qian Yuan. She is your sister,”Ye Sheng said coldly. He looked at the 100 clan warriors under the four knights around him and was full of killing intent.

“Dad, you can do it!”Ye Yun ‘er could only shout loudly and was pulled to her side by Qian Yuan.