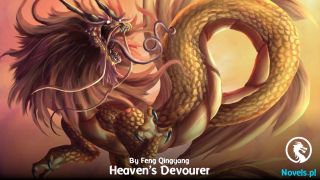 «The Earth Is My Dantian (Web Novel) - Chapter 839: The goddess of death

Chapter 839: The goddess of death

In the boundless starry sky of the universe, Chu Xiangyu calmly looked at one of the four knights who had arrived here first.

The four knights who were 100 meters tall just now were no longer attacking. Instead, they were staring at Chu Xiangyu, deep in thought. They did not understand who Chu Xiangyu was?

“It’s not easy to have such a strong person like you in this era. Who Are You?”The Giant’s Aura was soaring. It was as if he had seen an opponent, giving birth to a powerful will.

This calmness brought about a completely different aura.

“Four Horsemen, war, famine, plague, and death. Which one are you?”Chu Xiangyu asked.

The Giant’s body shrank, and he was about the same height as Chu Xiangyu. He was wearing black armor, and he looked extraordinary. His face was covered by the armor, and only his eyes were exposed. He stared at Chu Xiangyu with incomparable terror, it was as if a mountain of corpses and a sea of blood had appeared.

“I, Chu Xiangyu, am a nobody. My purpose for coming here today is very simple.”Chu Xiangyu was not surprised at all and said lightly.

“Very simple?”The Lord of war sneered. He did not believe it at all. This situation was very big. It was so big that the four horsemen had to mobilize all of them in order to have confidence. How could it be simple?

“It’s really very simple. I just want to beat you to death or be beaten to death by you. Nothing else.”Chu Xiangyu said seriously.

War master glared at Chu Xiangyu and clenched his fist in the air.

A sound that resounded throughout the universe reverberated in everyone’s ears. Everyone widened their eyes and looked at war master and Chu Xiangyu.

Their battle seemed to be about to begin.

A war spear appeared in the war master’s hand. It was extremely simple and powerful. An aura of desolation pervaded it. This was a top-tier divine artifact that was even more terrifying than the Garden of Eden.

“World-ending war spear. This is a divine artifact that the four knights have inherited since ancient times. It has boundless power. It once destroyed a world and ended an era. Using it to deal with You is enough to give you face,”the war master said coldly, he was a little arrogant as he held the world-ending battle spear. His expression was very arrogant.

He had Chu Xiangyu.

The divine weapon forged by the first demonic god was extremely powerful and incomparably terrifying. It had always been in Chu Xiangyu’s hands.

The first demon God had disappeared without a trace, and the great ancient flag had become Chu Xiangyu’s weapon. Ye Sheng had used it a few times, but only a few times.

Ye Sheng could not unleash the power of the great ancient flag. This divine weapon was simply a waste in his hands. Only in Chu Xiangyu’s hands would it be able to emit an enormous light.

The war master held the world-ending battle and stared at the great ancient flag. A trace of caution appeared in his eyes. He could not treat ye Sheng as casually as he did. Chu Xiangyu could really fight him to the death.

“Are you the only one scheming behind the scenes?”The Lord of war sneered.

“Call out the rest of the people. Otherwise, today will be the day you die.”A terrifying aura appeared behind the Lord of war as a figure walked out.

This was a woman, a woman who was like a poppy flower. She was sexy and charming, but she was so dangerous. It was as if one could see endless hell sinking into her body. The purgatory of death. Once one fell into it…, they could not extricate themselves.

The goddess of death!

The second of the Four Horsemen came here.

“How dare you! How dare you attack US Four Horsemen Like This? Do you really think we don’t have a temper?”The goddess of death said coldly.

“I’m quite bold. I’ve always been known for my boldness. I’ve come here safely. I just don’t know if you can deal with me,”Chu Xiangyu said calmly, he was not alarmed by the arrival of death and war.

“What gives you the confidence to say that? is it because of this lousy flag?”The Lord of war snorted coldly and surrounded Chu xiangyu with the goddess of death.

“There are four horsemen. With the two of you here, what about the other plagues and famines?”Chu Xiangyu asked with a gloomy look in his eyes. He still did not make a move, as if he was waiting for something.

The Four Horsemen had to all appear. This was his goal.

“What are the plagues and famines doing here?”The Lord of war shook his head.

“The two of us are enough to sweep you all. No matter how many backup plans we have, they are not enough for me.”The goddess of death was very arrogant. She crossed her arms over her chest. Her eyes were filled with demonic energy. She was the only female among the four horsemen, naturally, she had the confidence to say these words.

However, Chu Xiangyu shook her head and said seriously, “The two of you are not enough.”

“I think it’s enough.”The war master’s world-destroying war spear streaked across the void. Immediately, a terrifying crack spread out. With a boom, it exploded.

Chu Xiangyu’s body did not move at all. This was because someone had appeared in front of him and blocked this crack.

The eyes of the Lord of war and the goddess of death darkened at the same time. The person who came here was not a weakling, and he was very unkempt and sloppy. He looked like an old farmer who worked in the fields, and not a peerless expert.

The person who came was Zhuge Xiaoming’s grandfather. He was dressed like an old farmer, holding a hoe in his hand, and there was yellow mud on his legs. His face was full of wrinkles, and his smile was very simple and honest, but it could not hide his sharpness.

“Old Fart, it’s you.”The goddess of death suddenly thought of something. She stared at the old farmer, gritted her teeth, and her eyes were burning with anger.

The Lord of war frowned and asked, “Who is this person?”

The old farmer waved his hand and said, “Long time no see, the sister of the goddess of death.”

“Shut up!”The goddess of death suddenly roared and was very mad. She knew the old farmer, and their relationship was not very good.

“Then go accompany her. She has already begged for death. She could not clearly see the situation, but she was willing to walk the path of transcendence in order to fight against the chaos race. This is a scam. So many people have tried, but only a few have succeeded. I Am the true goddess of death. You better remember this.”The goddess of death screamed, suddenly, a terrifying ripple blasted out, wanting to silence old nong. She hated it when Old Nong said that she was inferior to her elder sister.

“In truth, I am the Savior of the Four Horsemen. After leading the four horsemen out of the darkness, so what if I join the primal chaos? It’s mutually beneficial, and I’m not a lackey of the primal chaos. A bunch of people only know how to oppose, yet they don’t know how to compromise. They are simply fools.”

The goddess of death roared angrily.