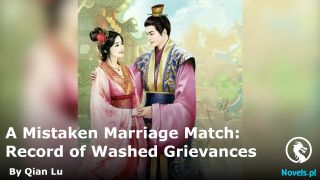 «The Earth Is My Dantian (Web Novel) - Chapter 837: The Four Horsemen crossed over

Chapter 837: The Four Horsemen crossed over

Back then, due to the fact that Qian Yuan was born in the previous era, he was unable to cross the river of time and return together with Ye Sheng. He forcefully endured his grief and uneasiness as he separated from Ye Sheng.

This was a very tragic matter.

A ten-year-old girl had just lost her parents. Her own life was already destined to die. It was her father who had reversed time and space and returned to atone for his sins. He had exchanged for the life of Qian Yuan and entrusted her to Ye Sheng.

But when it was time to return, little girl Qian Yuan could only separate from Ye Sheng.

After losing her parents, she saw Ye Sheng as the only person she could rely on and an elder, but they had to separate again.

Little Girl Qian Yuan was very strong. Even though she was very scared and helpless, she still gave Ye Sheng a smile before she left.

That smile was very beautiful and very clean. Ye Sheng would never forget it for the rest of his life.

And now, Ye Sheng had seen such a smile.

An era had passed. When the previous era had been destroyed, Qian Yuan’s smile had been deeply engraved in Ye Sheng’s heart.

At the end of this era, Qian Yuan gave Ye Sheng a smile again.

The former was used by a little girl to comfort ye Sheng out of helplessness. It carried a trace of sadness, sadness, and helplessness.

But the latter was a faint smile after going through a thousand sails, suffering and wear, and unyielding.

Little Girl Qian Yuan had experienced too much. In this era, she was no less relaxed than Ye Sheng, and the dangers she faced were no less than Ye Sheng’s. But she had overcome all obstacles and come to this step, and then she gave Ye Sheng this smile.

After going through a thousand sails, she was still a young man.

This sentence could be used by little girl Qian Yuan. After going through a thousand sails, she was like a snow lotus, blooming amidst the thorns, beautiful and flawless.

Little Girl Qian Yuan was like Ye Sheng’s second daughter. Her experience was very similar to Ye Sheng’s, so when Ye Sheng saw her smile, he sincerely smiled from the bottom of his heart.

“Your father will be proud of you.”Ye Sheng said sincerely. The thing that candle demon Qian Kun regretted the most in his life had been erased by him. He went to the last era with the determination to die, in exchange, he had obtained the purest girl in the world.

Qian Yuan had inherited her father’s will, life, and bloodline, and was continuing to work hard.

At the mention of her father, Qian Yuan’s eyes turned red. An emperor was invulnerable to all calamities and wouldn’t shed tears even if he bled.

However, Ye Sheng had poked Qian Yuan’s heart. In front of Ye Sheng, she was no longer the invincible emperor. She was still the same girl from back then.

“I have always believed that Father’s choice was the right one.”Qian Yuan said firmly to Ye Sheng.

Just as the two of them were reminiscing about the past, the universe suddenly began to churn violently. The air currents immediately slapped over and drowned ye Sheng in an instant.

“Scram!”Qian Yuan immediately shouted coldly. The majesty of an Emperor was not concealed at all. The thick blood essence and origin immediately protected ye Sheng and swiftly moved away from the central area.

“What is it?”Ye Sheng frowned and asked.

With a serious expression, Qian Yuan said to ye sheng, “Uncle Zhong, you should leave first. The four horsemen are here.”

Ye Sheng said in surprise, “Are they here personally?”

Qian Yuan nodded and said, “I can feel it. It’s not just them. There are many more. The Four Horsemen have all been mobilized.”

Ye Sheng watched with a serious expression. The Four Horsemen had all been mobilized. This was going to be a decisive battle.

Countless planets in this sea of stars exploded at the same time. It was even more shocking than the fight between Qian Yuan and Chi Ya just now.

Four loud sounds echoed in Ye Sheng’s ears. The huge momentum made Ye Sheng’s heart beat involuntarily, and it was a little difficult for him to breathe.

The Four Horsemen had really arrived. Their auras were much more terrifying than Qian Yuan’s. Right now, Qian Yuan could only protect ye Sheng and had already retreated tens of thousands of miles. However, he was still unable to continue retreating. This was simply terrifying.

An immortal emperor was actually forced to this extent by the four horsemen.

“I’ve only just entered the immortal emperor realm, but the four horsemen are at the peak of the Immortal Emperor Realm. They aren’t a match for me at all. I’ll send Uncle Mound Away.”Qian Yuan immediately spoke.

Ye Sheng grabbed her hand and shook his head, “There’s no need. This time, I want to force the four horsemen out and open the prelude to a great battle. I’m actually very happy that they are doing this.”

Ye Sheng clearly knew how many big shots were standing behind him. When he rushed out earlier, none of them moved. They were just waiting.

Waiting for the four horsemen to appear.

Catching them all in one fell swoop.

Therefore, as long as Ye Sheng lured the four horsemen out, Chu Xiangyu and the others could take action.

Qian Yuan glanced at Ye Sheng and said firmly, “Then stand behind me. I’ll protect uncle.”

Ye Sheng did not argue. He was very obedient and stood behind Qian Yuan.

Qian Yuan smiled and said emotionally, “In the past, I always thought about when I could protect uncle. It was always uncle who protected me and brought me to avoid danger. Now, this dream has finally come true.”

The terrifying aura in the universe became even more boiling. It was as if a ladle of water had been added to a pot of boiling oil. It flew in all directions and spread to countless places.

Because of Qian Yuan’s protection, Ye Sheng was not affected. However, this scene made his face turn solemn.

The aura of the four horsemen was too terrifying.

More importantly, they were not one person, but four.

“You tried every possible means to force us to come out. Now that we have come out, you cowards, why aren’t the maggots in the shadows coming out? What’s the point of having a trash as bait in front?”A low and domineering voice sounded, following that, a 100-meter tall figure appeared from a wide door. Without even looking at Ye Sheng and Qian Yuan, he casually launched an attack.

A powerful and invincible force directly hit Qian Yuan’s body, causing him to spit out blood. His body instantly became limp and he was sent flying in the universe.

“He couldn’t withstand a single blow. Chi Ya was the bait that we released. I didn’t expect him to be so weak. He couldn’t even defeat you. He’s really a waste.”The 100-meter-tall muscular man said coldly.

Qian Yuan’s face was deathly pale. She tried her best to stabilize her body, but she was still beaten to the point where she couldn’t fight back. Moreover, she was seriously injured.

“Uncle Zhong, it’s time to leave. This isn’t a big battle that we can participate in anymore,”Qian Yuan spat out blood and said.

This was the first time the hundred-meter-tall man looked directly at Ye Sheng and Qian Yuan. His gaze was cold and stern. It was not the gaze of a normal person, but the flowing origin of the Great Dao. There was no emotion in it.

“You can’t leave. It doesn’t matter if you were pushed out as bait or not. You’ve killed so many of my four horsemen. You must die.”The giant said coldly.