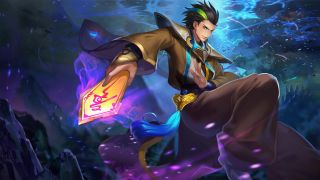 «The Earth Is My Dantian (Web Novel) - Chapter 836: The eight notes of the universe

Chapter 836: The eight notes of the universe

Ye Sheng had broken through to the immortal realm, officially crossing a major threshold in cultivation.

Immortals were mortals who had transcended everything. Ignoring everything else, just their lifespan alone could allow an immortal to live for a million years. Without experiencing a great tribulation of life and death, nothing would happen to them.

There were also all sorts of comprehensions of the Great Dao of the universe, origins, Heavenly Dao Secret Arts, and crossing worlds to walk. These kinds of incredible divine abilities could be easily grasped by immortals.

Immortals were the starting point of the immortal path. Upon taking this step, one would have the opportunity to look up at the sky and Peep at the Supreme Immortal Emperor Realm.

Ye Sheng had achieved this step in less than three hundred years. No one would believe it if it was said, but this was what he had worked hard to achieve step by step.

These three hundred years included all of Ye Sheng’s cultivation time. For example, the time on the DAO College’s Trial Road, and the countless years that Ye Sheng had traversed the river of time.

Although the outside world seemed like an instant, so much time still passed on Ye Sheng’s body.

He stood up, transformed into a black hole, and took human form. Standing in the universe, his skin was crystal clear, as if it contained all the stars in the sky. In the end, they all gathered in the black hole in his dantian.

Yes, Ye Sheng’s Dantian had already turned into a black hole. It was no longer just a dantian.

This was the key to his standing in the universe and fighting against the chaos race.

Ye Sheng looked into the distance. Separated by countless stars, the light and darkness of the universe were not clear. However, that thick aura, monstrous battle formation, and surging energy impact were all telling ye Sheng that this was a very terrifying scene.

The battle between Qian Yuan and Chi Ya had reached a climax.

Chi Ya’s face was cold as she used her supreme divine ability to pull Qian Yuan into a fixed area. She had trapped Qian Yuan and made her unable to escape. She was using her powerful strength to suppress Qian Yuan.

However, Qian Yuan was fearless.

The eight notes of the universe!

This was the harvest of an era for Qian Yuan. She had seen the birth of a prosperous civilization and witnessed the end of a glorious era. She wandered between civilizations and carried the hope of this generation. She gave her own understanding of the Great Dao.

The eight notes of the universe immediately burst out. Qian Yuan didn’t say anything and just watched coldly. She stood in the encirclement as a prison, isolated from the world and independent. The divine light that rushed towards her was immediately shattered by her eight notes.

The first note of the eight notes of the universe was loud and trembling alone. It immediately shattered all the divine light of Chi Ya and even the big hand of Chi Ya. Blood rolled and instantly gathered into a river. It was very turbulent and surged in the universe.

“What the hell is this thing?”Chi Ya roared and roared at the galaxy. Just this sound alone could shock ye Sheng to death. Fortunately, Ye Sheng was far away.

The second sound of the eight notes exploded rapidly, turning into a supreme divine ability. Like a heavenly blade, it fell ruthlessly on Chi Ya’s neck.

Chi Ya’s body instantly split open. More than half of his head was cut off, and he almost fell down. However, he still steadied himself and hurriedly retreated. He looked at it in shock, and his entire body was shaking.

Qian Yuan seemed to have transformed into a celestial being, and his entire body was emitting the aura of origin. Eight notes was too strong, and with just two notes, he had already heavily injured Chi Ya. He had never thought that enclosing the land as a prison would actually be a grave for him.

Within Qian Yuan’s body, the third origin word began to tremble, turning into the roars of ten thousand beasts. It was extremely terrifying, and the attack power it formed was like a raging wave, slamming towards him.

Chi Ya had just recovered his body and wasn’t a match for Qian Yuan at all. He was sent flying in an instant, his body trembling as he spat out large mouthfuls of blood. His flesh and blood body wasn’t able to withstand a single blow.

Once all eight notes of the universe were unleashed, Chi Ya knew that he was doomed. He had underestimated Qian Yuan and this senior who had lived for two eras. He had to pay the price for his arrogance and arrogance. At this moment…, he wanted to save himself.

But it was a pity.

Qian Yuan’s jade-like hand spread out. It was like the light of the Sun and the moon, vast and boundless, spreading in this universe.

“No matter how you escape, you can’t escape from my palm world. I know this universe better than you do. In My Eyes, you’re no match at all. Just obediently accept your death,”Qian Yuan said coldly as the palm world descended, a universe closed up like this, and then it struggled with all its might. It roared madly, but it was useless.

He was trapped by Qian Yuan.

Just now, he was the one who trapped Qian Yuan and wanted to kill him.

But now, Qian Yuan was the one who trapped him. The eight notes of the universe shook at that moment, and like thunder, they exploded.

The eight notes of the universe exploded at the same time, and a stream of power followed the previous one. It was continuous, like a huge wave, wave after wave, like a yellow bell. It was struck one after another, and it reverberated in this universe. It was extremely terrifying, the people watching were shaken, and they were speechless. They were all extremely shocked.

Chi Ya’s body was not surprised at all. He received the full power of the eight notes of the universe. At this moment, he roared madly, and was completely shocked and angry. He could not escape. He burned his origin in an attempt to fight for his life, but at this moment, the origin of the universe…, started to burn. Together with the origin, it burned Chi Ya.

The fire of the origin couldn’t destroy Chi Ya.

Qian Yuan said coldly. He used his hand as a blade. White light bloomed in the sky and filled half of the universe. A blade light cut through this universe and also cut off Chi Ya’s counterattack.

Chi Ya’s head and body were separated. The origin burned his body. The body of an emperor was indestructible. However, at this moment, he was completely turned into ashes. Chi Ya’s head was also trapped by Qian Yuan. He crushed it with his finger, his soul was completely destroyed.

Qian Yuan slowly walked out of the world where the painting was a prison. He looked at Ye Sheng and smiled, looking extremely beautiful.

“Uncle Zhong, Qian Yuan has grown up,”said Qian Yuan. His voice was gentle, as if he was an accomplished young girl who was showing off to the person she used to admire the most.

Ye Sheng also smiled. The young girl who needed his care back then had really grown up.