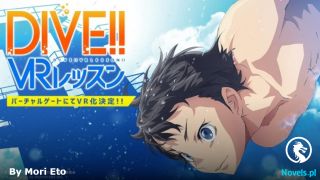 «The Earth Is My Dantian (Web Novel) - Chapter 835: A smooth breakthrough

How massive was the Immortal King’s energy?

If it wasn’t for the Garden of Eden and Ye Sheng’s black hole, there was no way to deal with them.

If it were anyone else, even if the Garden of Eden suppressed the Immortal King’s energy, they would still be beaten to death if they fought with their physical bodies.

It was also because Ye Sheng’s black hole wasn’t afraid of their tempered bodies.

In this aspect, Ye Sheng had an innate advantage.

This time, he swallowed these Immortal Kings. The black hole kept expanding, and he was in extreme pain. He let out an angry roar, and the black hole expanded, occupying a corner of the universe and transcending the Garden of Eden.

The edge of the black hole created a huge friction with the universe, causing a very loud sound. These were the causes of Ye Sheng’s pain.

The Immortal King’s energy was too huge. Once all of this energy was released, it would explode Ye Sheng.

He was still able to hold on because the Garden of Eden was doing its best to suppress it. However, from the looks of it, it was a drop in the bucket.

Ye Sheng’s black hole was still expanding. It continued to expand, which made him very distressed.

“Transform!”Ye Sheng had no choice but to choose to transform first instead of breaking through to the immortal realm.

The black hole rapidly rolled, continuously expanding and shrinking, as if it was going to explode at any moment. It was a terrifying sight to behold.

On the vault of Heaven Star, everyone was looking on worriedly. If this continued, Ye Sheng would be in great danger.

Beauty Zhou clenched her fists tightly. Her pretty face was full of worry, and her beautiful eyes were filled with ye Sheng’s black holes.

The husband and wife were united, and for some reason, she began to feel uncomfortable. She almost fell and was supported by Ye Yun ‘er.

Beauty Zhou did not say a word. She leaned against ye Yun ‘er’s arms and looked at the huge projection in the sky.

Zhuge Xiaoming, du Qingyi, and Chi Jun were all watching. Everyone was worried for Ye Sheng and prayed that Ye Sheng would successfully break through.

In the Small World in the Sky Dome Star, the old Titan frowned as he watched, he said, “I don’t know how this Ye Sheng cultivated either. The energy contained in him at the half-immortal realm far surpasses that of an immortal. If he can’t control it now and explodes completely, I’m afraid this person will be crippled as well.”

The Small World was empty. There was no one in it, and no one knew who the old Titan was talking to.

In the dimensional space, in a field filled with birds chirping and flowers, an old farmer with a hoe smacked his lips and said, “Ye Sheng is like this. There’s no need to worry. After all, this is the person Chu Xiangyu chose. I believe in Chu Xiangyu’s judgment.”

“I don’t believe it myself. This time, Ye Sheng has caused too much trouble. He absorbed the energy of ten immortal kings in one go. If it were any other half-immortal, they would have exploded in an instant. But he is still persisting. I can only hope that his persistence will be effective.”In a land of nothingness…, chu Xiangyu’s other half of his soul sighed. He was also paying attention to this battle.

“Let me help him. If this continues, he will definitely die. He is too greedy.”The fallen angel Lucifer said calmly.

Chu xiangyu frowned. He didn’t know if he should help ye Sheng.

If he helped Ye Sheng, it would be the same as stopping his breakthrough this time.

“There’s no need for that for now. I believe in Ye Sheng.”Chu Xiangyu chose to shake his head in the end. This was Ye Sheng’s own choice. He believed that Ye Sheng would definitely be able to overcome the difficulties.

The black hole began to boil and continuously expand. It was really comparable to a large black hole. This was a very terrifying scene.

The energy from all directions in the universe was absorbed by this black hole. The originally huge energy seemed to have gained a helper and became even more ferocious.

This energy belonged to a group of immortal kings. How could they be willing to submit to Ye Sheng’s body and start a rebellion.

The result of the rebellion was that Ye Sheng found it difficult to control. The black hole began to spread endlessly, reaching a terrifying degree.

Ye Sheng found it difficult to retrieve it.

“Damn it, I’ve encountered so many dangers along the way, but I’ve Never Been Afraid of you. Come on, smash them.”Ye Sheng growled. The black hole turned into his face. He gritted his teeth and tried his best to retrieve the black hole.

The black hole completely pulled ye Sheng’s soul into pieces, and then spread throughout the entire area. This time, Ye Sheng was not only connected to the black hole physically, but also spiritually.

Ye Sheng roared, roaring the galaxy, and exploded with a powerful light. The terror of the black hole was revealed at this moment, and it actually began to collapse.

This was equivalent to Ye Sheng’s body collapsing. It should have been a very terrifying scene, but now, the energy that had nowhere to vent seemed to have found a gap and quickly leaked out.

The energy leaked out, and Ye Sheng’s control of the black hole quickly returned. His gaze was cold and stern, not giving the other party any chance to counterattack him as he pounced forward.

After the collapse, the black hole once again began to devour crazily. At this moment, it was under Ye Sheng’s control as he began to smoothly transform.

The first stage of the black hole was just quantification. When it reached the second stage, it would undergo a qualitative change.

Quantification was frantically absorbing energy to enrich itself.

A qualitative change was to begin to pursue mass, improve all mottled and complicated energy, and evolve towards a higher dimension.

The biggest attraction in the entire universe was the fight between Qian Yuan and Chi Ya, and the transformation of Ye Sheng.

At this moment, he began to transform in front of the entire universe, and everyone could see it clearly.

Ye Sheng continued to expel the impurities, and the entire black hole continued to shrink, returning to its previous size. However, in terms of power, it was more than ten times, dozens of times, and hundreds of times stronger than before.

At this moment, Ye Sheng stepped into the immortal realm. This was a very terrifying scene. His black hole rapidly changed, becoming ye Sheng’s human appearance. He stood in the void and looked at the galaxy.

At this moment, Ye Sheng’s strength had turned the world upside down. At least in the immortal realm, he could be said to have a fighting chance.

In the Sky Dome planet, everyone was delighted.

“He succeeded.”Beauty Zhou’s palms were covered in sweat. At this moment, her worries were completely relieved. When she saw Ye Sheng succeed with her own eyes, she only felt weak all over. If it weren’t for ye Yun ‘er supporting him, she probably wouldn’t have been able to stand properly.

This was something that couldn’t be helped. Ye Sheng was too scary just now.

“As expected of my father. He’s really amazing. He can even turn the situation around and successfully make a breakthrough.”Ye Yun ‘er’s heart was filled with pride. This was her father. With such a father, she wouldn’t have any feelings towards any genius.

If you’re a genius, how can you have my father’s genius?

Ye Yun ‘er’s aesthetic standards had unknowingly been raised to an infinite height by Ye Sheng. She also had Ye Sheng as her goal and wanted to work hard in cultivation. She didn’t even consider the affairs of children.

Old Titan sighed in the small world, “Does this guy really have the Luck Boost? He has already broken through?”

“I told you, this little guy is incredible.”In the field full of birds chirping and flowers, the old farmer smiled and said.

Chu Xiangyu and Lucifer looked at him calmly. They were very satisfied, but they did not say anything else.

There was no need to say anything. What Ye Sheng did was already an incredible thing.