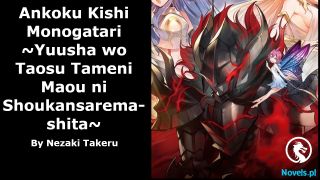 «The Earth Is My Dantian (Web Novel) - Chapter 834: The realm of Immortals!

Chapter 834: The realm of Immortals!

The black hole that Ye Sheng had transformed into quickly suppressed them. With a rumbling sound, it was as if the end of the world had arrived. The heavens were terrified.

The Garden of Eden was also helping him. It was suppressing the experts under the four horsemen, making it impossible for them to escape or display their strength.

This was a very terrifying scene, but only they could feel it. No one else could feel it because their perspectives were different.

The universe was observing Ye Sheng, but what they saw was Ye Sheng’s black hole and the Garden of Eden pressing down on them at the same time. It was as if they did not resist and let ye Sheng devour them.

At this moment, the Garden of Eden became famous throughout the universe. Countless people remembered this divine artifact. It was too strange. It did not have any offensive power, but it was more terrifying than countless offensive divine artifacts.

It suppressed a group of Immortals and Immortal King realm experts, but it was defeated by a half-immortal like Ye Sheng.

The black hole covered down, and the powerful suction force swallowed the immortals in an instant, making them roar in shock and anger.

“Quickly think of a way. This Ye Sheng is too strange. If I’m swallowed, you won’t be able to escape.”

“Your bodies have been tempered countless times. Why Is There Nothing You Can Do?”

The Immortals were inferior to immortal kings and were unable to resist the devouring of Ye Sheng’s black hole. If they were at their peak, there wouldn’t be any problems. But sadly, they weren’t.

Immortal kings could still barely resist, but the immortals couldn’t. They were all devoured by the black hole in an instant.

The ten or so immortal kings looked on in shock and anger. They used all their strength, but they were still helpless against Ye Sheng’s black hole.

They had no energy and couldn’t use laws. They couldn’t threaten Ye Sheng’s black hole by relying on their physical bodies.

They could only watch as one immortal after another was swallowed by Ye Sheng’s black hole.

The last immortal who was devoured threw his head back and roared loudly. Chi Ya, who was fighting with the Qian Yuan, heard it.

He turned his head and looked around. His eyes were about to crack as he roared at the galaxy. A beam of divine light turned into an iron whip and lashed out viciously.

“Ye Sheng, you deserve to die!”

The roar of the galaxy reverberated in the boundless galaxy. Ye Sheng naturally heard it too, but he ignored it and tried his best to devour the energy and laws of these immortals.

The emperor-level energy turned into a flaming whip and lashed out fiercely. In the universe, a huge black hole canyon was torn open. It was extremely terrifying, forming an extremely tragic scene.

And in the next second, it was about to strike ye Sheng’s body.

However, this scene didn’t happen. Little Girl Qian Yuan blocked this attack for Ye Sheng. She crossed the sky with one hand and grabbed at will. The universe instantly shrank and merged into this palm. The distance between her and Ye Sheng was only 100 meters, however, this 100 meters seemed to be an era apart. Little Miss Qian Yuan pulled Chi ya and said coldly, “Your opponent is me. Don’t even think about running.”

Chi Ya was furious. He could not contain his anger, but there was nothing he could do. He was held back and could not go to help. He could only watch as the subordinates he brought were devoured by Ye Sheng.

“Just you wait. I will go out and finish you off right now.”Chi Ya roared angrily. His eyes were red and his face was ferocious. He wanted nothing more than to be devoured and stared at Little Miss Qian Yuan.

“You’ve really angered me. I’ll kill you here and let the people behind you know that the dignity of the four horsemen can not be violated.”Chi Ya roared as his body erupted with boundless energy, shocking everyone, he charged towards Qian Yuan.

He had completely activated his emperor-level strength. His killing intent was overflowing and he didn’t hide it at all.

However, this didn’t scare Qian Yuan at all. After this era, she had experienced great storms and waves. She didn’t show any signs of being moved and just countered with a flip of her hand. She didn’t give the other party any chance and just attacked forcefully.

The two people’s attacks created too much turbulence. As soon as there was a fluctuation, the stars would explode, the galaxy would collapse, and the universe would collapse.

This was the battle between top experts. It was extremely terrifying.

Of course, no one dared to get close to their attacks. When Ye Sheng saw Chi ya being stalled by the Qian Yuan, he calmed down. As expected, the Little Qian Yuan Girl didn’t disappoint him. Now that she was being stalled…, ye Sheng had greater confidence in breaking through to the immortal realm.

It was very immoral to devour the achievements of others. However, Ye Sheng did not have any burden when dealing with the four knights and the chaos. After these immortals were devoured, a huge amount of energy burst out and filled the black hole, the black hole completely enveloped the garden of Eden.

Rumbling sounds came from within Ye Sheng’s body. It was the loosening of his realm.

Under the loosening of his realm, Ye Sheng’s cultivation base improved by leaps and bounds, reaching an unprecedented level.

Eighth Sky of the half-immortal realm!

Late stage of the eighth sky of the half-immortal realm!

Ninth Sky of the half-immortal realm!

It was not until he broke through to the ninth sky of the half-immortal realm that Ye Sheng finally stopped. Then, he used all the remaining energy to evolve the black hole.

He could break through to the immortal realm in an instant, but the breakthrough in realm was not as good as the reinforcement of the black hole. After all, this was Ye Sheng’s original body.

After Ye Sheng broke through to the ninth sky of half-immortal realm, the black hole’s suction force was even more terrifying. The Immortal King Realm, which he could resist just now, was also very dangerous at this moment.

They tried their best to resist, but they were still no match for him. They were dragged into the black hole.

The Immortal Kings roared and struggled, refusing to agree no matter what.

But this wasn’t something that could be ended just because they didn’t agree. Ye Sheng watched coldly. The black hole transformed into his face, and it was so terrifying, like an unrivalled devil king.

Everyone was struggling with all their might, but Ye Sheng’s black hole was like an iron arm, pulling them into the black hole.

The more they struggled, the faster they pulled, causing the scalps of others to go numb.

This was an immortal king, a great expert second only to an immortal emperor, yet ye Sheng treated them like breeding pigs and slaughtered them at will.

Yes, in Ye Sheng’s eyes, they were breeding pigs that could be slaughtered when they grew up.

Right now, Ye Sheng was carrying out this step.

The terror of the black hole was revealed at this moment, and no one could escape.

Ye Sheng’s huge face let out a deafening voice, “I want to break through to the immortal realm.”

These ten immortal kings could help ye Sheng break through to the immortal realm. The black hole could also be further strengthened. It could be said that the Qian Yuan was too timely. It delayed Chi Ya and gave Ye Sheng a chance to grow.