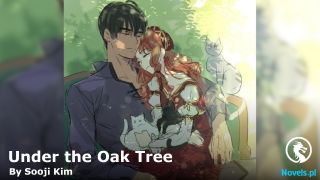 Qian Yuan’s attack turned into a beam of white light that spread across the entire sea of stars. In an instant, it arrived in front of Chi Ya.

Giant waves of blood appeared behind him. They rolled and moved. With a long saber in hand, he slashed viciously, wanting to split open the sea of stars and shatter Qian Yuan’s attack.

A terrifying wave spread down. The huge wave slapped down and drowned Qian Yuan’s attack.

Chi Ya’s expression was cold as she said coldly, “It’s time to break this false hope. Let the things that shouldn’t exist disappear.”

Qian Yuan’s pretty face was bright and beautiful. She wasn’t moved at all. Chi Ya’s saber pierced through the Sea of stars, but in her eyes, it was just that.

“My hope is naturally not your hope. Your despair is also impossible to be my despair. Therefore, your attack is unable to destroy my hope,”Qian Yuan said coolly, instantly, white light spread out, and under the impact of the Sea of blood, it rapidly dispersed into tens of thousands of rays of light. Each ray contained hope, and this was the hope of the little girl Qian Yuan.

Little Miss Qian Yuan didn’t hold back at all. She charged forward and took a step forward. Her fingers rapidly expanded, and like a mountain, she directly pressed down.

Under the starry sky, waves of air rolled and churned unceasingly. It was an extremely beautiful and shocking sight. It was unbelievable.

This was a woman, but her attacks were so violent. She was close to Chi Ya. With a single finger strike, Chi Ya’s long saber was shattered.

An emperor’s attack was this terrifying.

Chi Ya’s expression was savage as he closed in, relying on his powerful aura. He wasn’t afraid of Qian Yuan at all.

If you want to fight me in close combat, then I’ll fight you to the end. This was Chi Ya’s arrogance.

What’s more, Chi Ya was a man. What he hated the most was being ridden by a woman.

Chi Ya’s large palm struck out fiercely. Divine light burst forth, and a primal chaos mist filled the air. Within this, Emperor Dao laws erupted, and traces of blood-colored light appeared. This was very dangerous, and was even worse than divine artifacts.

Qian Yuan’s expression was calm. She chose to get close because she wasn’t afraid of such an attack. Layers of white light wrapped around her. Then, Qian Yuan clenched his fist and struck out fiercely.

A large area of the universe collapsed and turned into a black hole. It was incomparably huge and was crazily absorbing all sorts of things, scaring the people behind it into fleeing.

The battle between these two emperors was extremely terrifying. If there was even the slightest ripple, it would be fatal.

Such an attack also caused the people who were secretly observing to be shocked. From the start, this was a battle between emperors. It seemed that there were even more terrifying existences behind.

On the Sky Dome planet, everyone was nervously watching the battle between two immortal emperors. A man and a woman were madly fighting, causing everyone to be unable to take in what was happening.

Ye Yun ‘er asked in confusion, “Why is this female immortal emperor calling me ‘Daddy’and ‘uncle’?”

Ye Yun ‘er was very impressed by Qian Yuan. But of course, she was more envious. A woman who had cultivated to the immortal emperor realm still had such a huge amount of power. She was able to easily destroy the stars and even shatter the universe when she fought against Chi Ya. She was completely unharmed in the black hole, she wasn’t affected in the slightest. This was too cool.

Beauty Zhou shook her head. She didn’t know what exactly happened. When did ye Sheng have such a powerful niece?

But she knew that Ye Sheng was no longer in danger. Her heart also relaxed a little.

“Continue to watch. What does your father want to do?”Beauty Zhou suddenly asked worriedly. Her hands intertwined together as she discovered that Ye Sheng was moving.

Ye Yun ‘er hurriedly looked over. As expected, Ye Sheng would not obediently hide behind others.

What did Ye Sheng want to do?

Ye Sheng did not know that they were watching. His only thought now was to kill.

Kill the people that Chi ya brought.

Chi Ya was at the Immortal Emperor Realm. Ye Sheng was not a match for him. He accepted it.

However, Chi Ya’s subordinates weren’t as powerful as him. Ye Sheng immediately set his eyes on them.

Chi Ya was now trapped by the Qian Yuan and couldn’t escape. Ye Sheng naturally could do whatever he wanted.

Even if he was at the Immortal King Realm, he would have no strength in the Garden of Eden. He would only have his physical body.

Ye Sheng could control their life and death at will.

The Garden of Eden rapidly expanded by dozens of times, absorbing all of Ye Sheng’s strength and enveloping all of his subordinates.

In an instant, the power of these people was suppressed by the Garden of Eden, and all of them lost their strength. Some of them even fell down and looked at Ye Sheng in bewilderment.

“What the Hell Is This?”

“Is this the effect of this divine artifact?”

“Suppressing our cultivation base, we can’t use it at all. We only have the power of our physical bodies.”

“But so what? Among us here, which one of our physical bodies isn’t stronger than Ye Sheng? If we kill him, this divine artifact will have no owner and will naturally be removed.”

“I’m here to kill Ye Sheng. The trouble he brings is too great.”

An Immortal King realm expert had a cold expression. He took large strides forward and pulled out his own magic treasure, a long sword, and slashed down viciously.

He wanted to kill Ye Sheng.

Ye Sheng smiled and smiled lightly. His handsome face was filled with killing intent as he said, “If I didn’t have a way to deal with all of you, would I have enveloped all of you inside?”

“There’s too much nonsense. You Won’t be able to withstand my attack.”This immortal king had no scruples and said coldly. He believed that his sword would split ye Sheng into two.

His sword landed on Ye Sheng’s body, but Ye Sheng wasn’t injured at all, nor was he split into two.

Ye Sheng turned into a black hole, a huge black hole, floating in mid-air. Then, a huge suction force sucked this immortal king in.

“Become my nourishment.”Ye Sheng let out a long howl. The black hole transformed into his face, incomparably huge. He looked down on the high level battle strength of the four knights, like a Matchless Devil Lord, his gaze cold.

The Immortal King who was sucked in struggled with all his might, twisting his body. He was extremely unwilling, but it was useless. He wasn’t a match for Ye Sheng’s black hole at all. He had lost all his strength…, he was like a lamb in the black hole.

Ye Sheng’s black hole crazily devoured him. The enormous energy of an immortal king was absorbed by the black hole.

Then, Ye Sheng stared at the others.

“The energy of all of you added together is enough for me to break through to the immortal realm.”Ye Sheng let out a rumbling sound, and the black hole immediately covered them.

The Immortal kings of these immortals were shocked, furious, and terrified. They immediately wanted to escape, but the Garden of Eden was slowly shrinking, not giving them a chance.

The black hole of Ye Sheng covered them, signifying that their end was coming.