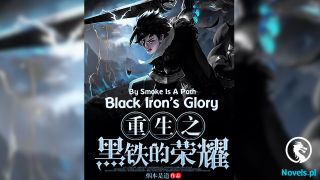 «The Earth Is My Dantian (Web Novel) - Chapter 832: The laws of the Emperor’s path

Chapter 832: The laws of the Emperor’s path

Qianyuan’s father was candle demon Qiankun. He had crossed the era and returned to the past. He wanted to change her fate and exchange one life for another.

Candle Demon Qiankun had even asked Ye Sheng to take care of little girl Qianyuan. However, because she was not from this era, she could not return with them. She had to live until now in the previous era.

Qian Yuan did it. She survived the calamity of the destruction of the era and appeared in front of Ye Sheng again.

Ye Sheng was a little dazed when he heard her call him Uncle Tumu. Looking at the beautiful woman in front of him, he could vaguely see the little girl’s appearance.

Qian Yuan couldn’t be called a little girl anymore. She was graceful, graceful, and elegant. She was very delicate, and her skin was as white as snow. She was as beautiful as a fairy.

Moreover, her strength was unfathomable. She easily blocked the attack just now and saved Ye Sheng.

“Uncle Mound, it’s normal for me to have made some progress after not seeing you for an era,”said Qian Yuan softly. Although her cultivation was extraordinary and far superior to Ye Sheng’s, she was still the little girl in front of Ye Sheng.

Then, it was Ye Sheng.

Her father had changed her fate, and Ye Sheng had brought her out of the center of the War of the new age. Only by getting rid of the crisis could she survive. It had taken an era for Qianyuan to reach such a level of cultivation.

Her gratitude towards Ye Sheng came from the bottom of her heart, so when everyone chose to wait and see, she stood up.

The most important thing was that Ganyuan wanted to meet Ye Sheng, this uncle of his, the only relative in the world.

Ye Sheng felt gratified in his old age. He had a feeling that the seeds of the flowers that he painstakingly planted in the past had already fully bloomed.

Because Chi ya acted again.

This was a battlefield. Chi Ya, an immortal emperor expert, and a large group of followers weren’t here to watch ye Sheng and Qian Yuan reminisce about the past.

“Who are you?”Chi Ya questioned Qian Yuan with a dark expression.

He discovered that Qian Yuan was the same as him. Both of them were at the Immortal Emperor Realm and had just broken through.

This was interesting. The person behind Ye Sheng was such a woman?

Chi Ya coldly laughed. He didn’t believe that Ye Sheng wouldn’t dare to be so bold even if he was merely Qian Yuan.

Although immortal emperors were very powerful, they were merely not bad under the four horsemen.

Qian Yuan’s face was bright and his entire body was glowing with white light. He was incomparably resplendent, like a piece of white jade. Under the starry sky, he suddenly erupted.

The entire galaxy was trembling. Earlier, thousands of planets were shattered, but now, an enormous pressure swept over, shocking those who had yet to reach the immortal emperor realm.

Immortal emperors were only one level away from immortal kings, but the difference was thousands of miles. Emperors were unique. Each immortal emperor was a unique person in this universe. When their Emperor Dao laws swept out, they would be like a raging fire, burning everything. Even the Great Dao of the universe, the origin…, in front of these Emperor Dao laws, they didn’t have much of an advantage. To a certain extent, both sides were already acting on their own and didn’t interfere with each other.

Therefore, once the epoch was destroyed, immortal kings would suffer heavy casualties and it would be very difficult for them to survive. However, as long as an immortal emperor wanted to hide, he would definitely be able to survive.

This was the difference between the two sides.

At this moment, Qian Yuan was exuding his own Emperor Law. Rumbling sounds could be heard as white light flashed. This was a light that represented hope. It was extremely dazzling, extremely resplendent.

All of Qian Yuan’s hopes were given to her by others. Her father helped her to defy the heavens and change her fate. Ye Sheng brought her out of the Battle of the new era and gave her a safe place to hide from the storm.

Everyone worked hard to create the current Qian Yuan, an immortal emperor expert.

However, Qian Yuan wasn’t moved at all. Any emperor would try their best to firmly believe in their creation when refining their Emperor Dao laws.

Qian Yuan believed in her own hope. She was a woman who was enveloped by Hope. If not, she would have died long ago and wouldn’t have come to this day.

Hence, Chi Ya’s mocking was a very boring matter to Qian Yuan. She wouldn’t be shaken by Chi Ya’s mocking. To be able to cultivate to the immortal emperor realm, which one of them wasn’t an existence with a strong heart?

“You can give it a try.”Qian Yuan’s beautiful face was filled with coldness. Her gaze was indifferent. She actually didn’t have much interaction with the four knights, but Chi Ya was the one who dared to make a move against her uncle mound.

Qian Yuan could be an enemy of the entire universe in order to repay Ye Sheng. This was her firm belief.

“The Emperor Dao Laws of hope are useless. Let me show you my blood sea and Corpse Mountain.”Chi Ya smiled malevolently. He didn’t display the Emperor Dao laws when dealing with Ye Sheng because it wasn’t worth it. But when facing Qian Yuan…, he needed them.

This was Chi Ya’s Emperor Dao laws. It was also a divine artifact, and was extremely powerful. With a single slash, it could easily sever one’s soul.

Chi Ya raised her saber and took a step forward. A Sea of blood rolled out, and a single person was like an army of a million, sweeping across the greater world. It was extremely powerful and terrifying.

Qian Yuan had seen this many times. She had lived from the previous era until now, and this was already a miracle. Behind this miracle, no one knew how much Qian Yuan had sacrificed.

Qian Yuan’s temperament was now mature. In the eyes of others, she was a strong person like a great empress. However, in front of Ye Sheng, she still wanted to be that little girl from back then, a little girl.

This was because Ye Sheng had a glimmer of hope in Qian Yuan’s heart. He was a relative and an elder worthy of respect.

Qian Yuan extended his hand and pointed. The corners of his mouth curled up as he said, “Qian Yuan Finger!”