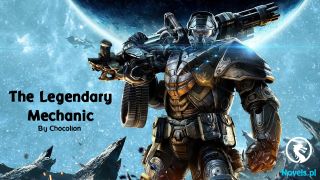 Ye Sheng was enjoying the beautiful scenery by the vast galaxy.

However, in the blink of an eye, a black hole appeared behind him. It slowly expanded and dozens of people walked out.

The leader was a giant. He walked like a dragon and walked like a tiger. He was swaggering and extremely powerful. It was Chi Ya, an immortal emperor.

Chi Ya’s eyes were filled with disdain when he saw Ye Sheng. His immortal emperor aura immediately spread out.

Ye Sheng was caught off guard and was immediately sent flying. He crashed into the galaxy, causing ripples.

“Such a weak ant dares to provoke us four horsemen. Who are the people behind you? Let them come out. “You are just an excuse. It’s on the table, but it’s not on the table. It’s useless,”Chi ya said coldly, he didn’t put Ye Sheng in his heart. Even the dozens of people he brought with him looked at him coldly.

In their eyes, Ye Sheng was too weak.

Ye Sheng got up. The Immortal Emperor’s aura was very strong, but he wasn’t soft clay, so he wasn’t injured.

Chi Ya looked down at Ye Sheng and didn’t say anything.

On the Dome of Heaven Star, everyone looked worriedly. In the galaxy, there was only Ye Sheng, but there were dozens of people. Could Ye Sheng resist?

However, Ye Sheng was not afraid at all. He patted the dust off his body and said, “I am an ant, like an ant. I came here today to shake the tree like an ant and cut down the Big Tree of the Four Horsemen.”

“What a big tone. With just you?”Chi Ya sneered. With a grab of his big hand, it blotted out the sky and covered the Sun. It was as terrifying as a thunderbolt falling down.

“An ant shaking a tree. This is just a legend. I can crush you like an ant. Since your mastermind doesn’t appear, you can go to Hell,”Chi ya said expressionlessly. His big hand fell down, he took the galaxy in his palm and squeezed it hard. The galaxy immediately began to explode. With a rumble, Ye Sheng was trapped in it. There was nowhere to run.

The gap was too big. Ye Sheng was only a half-immortal, and he had yet to reach the immortal realm, let alone the immortal king or immortal emperor level.

Chi Ya’s big hand fell. Ye Sheng couldn’t escape even if he wanted to. He couldn’t fight back, and he couldn’t protect himself either. In short, he was just like what Chi Ya had said.

He couldn’t withstand a single blow!

This scene was very shocking. A big hand fell down and directly pulled the entire galaxy into it. With a squeeze, the galaxy immediately exploded. It was like fireworks. It was very beautiful.

And this fireworks was the vast galaxy. In the eyes of countless people who were secretly observing, it exploded.

On the Sky Dome Star, Beauty Zhou and ye Yun ‘er’s hearts were raised. Their husbands and fathers were inside.

Chi Jun, Zhuge Xiaoming, and Du Qingyi all frowned as they watched. Could Ye Sheng block it?

He was only a half-immortal. He didn’t have the ability to block an immortal emperor-level attack. No matter how strong he was or how strong his physical body was, he wasn’t a match.

However, he didn’t want to block it himself. At the moment the galaxy exploded, a ray of divine light flew over and protected ye Sheng from harm.

When the galaxy exploded and turned into beautiful fireworks, Ye Sheng narrowed his eyes after the fireworks fell.

He saw Ye Sheng standing in front of him unscathed with a powerful magic treasure on him.

Ye Sheng stepped on this magic treasure, his face calm and full of killing intent.

“What kind of magic treasure is this?”Chi Ya looked at it quietly and asked in a low voice. He knew that Ye Sheng was not injured just now because of the protection of this magic treasure.

Since this magic treasure could protect Ye Sheng and block the explosion of the galaxy, it was not an ordinary treasure.

It was not an ordinary divine weapon, but a peak-level divine weapon. It was very powerful and could withstand the immortal emperor’s attack.

Ye Sheng stepped on this divine weapon and controlled the area within a thousand miles around him. He grinned and said, “This is the Garden of Eden!”

Chu Xiangyu’s Garden of Eden came at a critical moment and saved Ye Sheng’s life. Then, it matched with Ye Sheng’s mind and was driven by him.

This was also because Ye Sheng had used the Garden of Eden several times before. Only then did he become so proficient.

With the Garden of Eden in his hands, even if Ye Sheng wasn’t Chi Ya’s opponent, he still had a little bit of self-preservation ability when facing Chi Ya.

“Garden of Eden, I’ve never heard of it before. Seems Like It’s a divine artifact that was born in this era. Being able to block my attack is already considered not bad. But that’s all. The attacks of immortal emperors are equivalent to the peak-stage attacks of divine artifacts. You can block it once but you won’t be able to block the attacks after that.”Chi Ya nodded, he could be considered to have memorized the Garden of Eden in his heart, but he still spoke coldly.

As his voice fell, a fist ruthlessly smashed down.

The entire starry sky trembled as countless cracks appeared. The Great Dao submitted and attached itself to Chi Ya’s attack.

When the Immortal Emperor was angry, he was this terrifying.

Even if Ye Sheng had the Garden of Eden, he wouldn’t be able to block such an attack.

He wanted to escape and use the characteristics of the Garden of Eden to quickly withdraw.

However, Chi Ya smiled coldly and quickly flipped his palm to press down. The stars collapsed and the entire starry sky seemed to be squeezed together. It was extremely terrifying.

Ye Sheng had nowhere to run.

This was really difficult for him. He was only in the half-immortal realm, but he did not die at the first moment when facing an immortal emperor expert. This was already very good.

Unfortunately, Chi Ya was really angry this time. He didn’t hold back and attacked with all his strength.

The entire starry universe collapsed. Black holes appeared one after another. It was very terrifying and wanted to crush Ye Sheng to death.

The Garden of Eden was in his hands, but it only helped Ye Sheng resist some of the pressure.

Ye Sheng was still hit by the attack. His body was quickly sent flying. He spat out large mouthfuls of blood and was on the verge of collapsing. The Garden of Eden also cracked and cracked.

Under Chi Ya’s attack, there was a problem with this divine weapon.

Immortal emperors were ultimately important characters who stood at the peak of the mountain. It wasn’t something a single divine weapon could deal with.

The people on the Sky Dome Planet felt their hearts clenching. Ye Sheng was facing Chi Ya and was fleeing in a panic. He didn’t even have the chance to retaliate.

What should they do?

“Since the person behind you doesn’t appear, it’s time to end this.”Chi Ya no longer had the patience to play with Ye Sheng. He suddenly pointed out with his finger.

A divine ray that was a thousand feet wide shot out. Its target was Ye Sheng. It wanted to annihilate ye Sheng in an instant.

Ye Sheng widened his eyes as he watched. He couldn’t resist it. The Garden of Eden was still healing his injuries. This time, he couldn’t escape no matter what.

The Divine Ray came very quickly. It was so fast that it was inconceivable. In an instant, it arrived in front of Ye Sheng. There was no way for him to escape.

A thunderous sound came from beside Ye Sheng’s ears. It was extremely powerful and shook his head so much that it hurt.

But at this moment, a soft voice sounded.

This voice made Ye Sheng’s eyes widen. He turned his head to look. A beautiful figure crossed the boundaries of time and space. She held a huge sword in her hand and came in front of him. She slashed viciously.

The divine light was immediately cut off, and it affected thousands of planets. In an instant, they were all reduced to fine powder. It was an extremely spectacular sight.

And the instigator of all this was the woman in front of Ye Sheng.