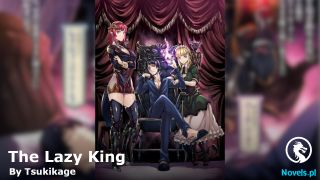 «The Earth Is My Dantian (Web Novel) - Chapter 830: Ye Sheng came out of seclusion

The universe was vast and boundless, but the origin of the universe and the laws of the universe still had a range. For example, the battlefield ye Sheng went to in the epoch was at the edge of the universe. The energy was pitifully low, so there was no human habitation.

Half a month later, Ye Sheng stood up and looked at the galaxy. Then, without saying a word, he flew into the sky and rushed into the universe.

Many people had noticed that Ye Sheng had entered the universe and left the vault of Heaven Star.

Beauty Zhou held her daughter ye Yun ‘er’s hand and looked at Ye Sheng’s back with worry in her eyes.

Beauty Zhou didn’t say a word. She was worried and silently cheered for Ye Sheng.

On the other side, Zhuge Xiaoming was carrying a large saber that was bigger than his. His eyes narrowed and his fat body was now muscular. Although he still looked fat, his condition was completely different.

Du Qingyi was holding a small cauldron with mountains and rivers engraved on it. This was a divine weapon that was refined by the immortal king back then. It was extremely powerful.

Chi Jun took a weapon from his grandfather. It was a double-sided machete. The front and back ends of the machete were all sharp blades. Only the round handle in the middle could sweep through the enemies. This was originally Chi Jun’s grandfather’s weapon…, he held it in his hand.

Everyone stared at Ye Sheng as he left and began to make preparations.

Ye Sheng left the vault of Heaven Star and rapidly crossed the galaxy. Although he could not use the teleportation array to cross the galaxy for a long time, the old Titan could.

When Ye Sheng left the vault of Heaven Star, a black hole suddenly appeared in front of him. It was the old Titan who was sending Ye Sheng off.

Ye Sheng did not even look and directly went in.

When he exited the black hole, Ye Sheng heard the sound of the Milky Way rushing. He came to the sky above a galaxy.

The Universe was bustling, dazzling, and the galaxy was vast. It was right in front of Ye Sheng.

“What is this place?”Ye Sheng asked in surprise.

This galaxy was very beautiful, gorgeous, and colorful. It was right in front of him. There were all kinds of cosmic substances flowing in it, and it was not common water.

Even so, Ye Sheng was still very curious. What exactly was this place?

This should be the location chosen by the old Titan and the other experts. It was the location where they fought with the four knights, which meant that this place was very suitable for fighting and would not affect the normal operation of the universe.

Because the chaos race had not wanted to destroy this era, the old Titan and the others did not take the initiative to destroy it.

“No matter where it is, I will lure the four knights here first.”Ye Sheng took a deep breath and took out the heads of Wu Wudi and the others. He placed them in the galaxy and allowed the galaxy to bring the heads to wander around.

The four knights would definitely sense it. This was their descendants. Moreover, Ye Sheng, whom they had tried every means to kill, was here. Therefore, even if they knew that there was a conspiracy, they would still come.

This was a blatant conspiracy. Ye Sheng did not hide it at all. The four knights knew that they had to come too.

The four knights were very confident in their own strength. They thought that they could easily kill the power behind Ye Sheng. It was impossible that they would not come just because there was someone behind Ye Sheng.

The head was in the galaxy, emitting an aura that spread throughout the universe.

Within the area of influence of the four knights, the four supreme existences were immediately enraged. They sensed the aura of their descendants, as well as Ye Sheng.

A four knight waved his hand, and a virtual image appeared before their eyes. It was above the Milky Way, the head floating. At the bank of the Milky Way, Ye Sheng had his hands behind his back, looking at the world. His expression was calm, without the slightest bit of nervousness.

“How dare you!”A low voice sounded, echoing in the sky.

The four powerful experts stood in all directions. Under them, there were countless powerful presences, each more ruthless than the last. Seeing this scene, they were burning with anger.

“This person must be killed.”A cold voice sounded, with a strong killing intent. It turned into a real sword, and was about to slash out.

“There’s a conspiracy behind this.”The only female amongst the four knights said coldly.

“Then let’s kill them. Let an immortal king lead them. This shouldn’t be wrong, right?”The only female spoke. She immediately chose a level, two levels higher than Ye Sheng.

“No, let Chi ya lead the team. He has just broken through to the immortal emperor level. It’s perfect for him to lead the team.”The one who spoke the least was even more cautious.

“That’s fine too. Chi Ya, are you willing to lead the team?”The female four knights asked.

“Yes.”The 300-meter-tall giant opened his eyes. A cold light flashed through his eyes. He didn’t refuse and agreed directly.

Although Ye Sheng was only at the seventh sky of half-immortal realm, Chi Ya wasn’t careless. He knew that his opponents this time weren’t Ye Sheng, but the group of people behind Ye Sheng.

“I just broke through to the Immortal Emperor Realm and reached the last peak of cultivation. I haven’t seen many masters in this universe. I hope that this time I can fulfill my wish and announce my return with the blood of the Immortal Emperor,”Chi ya said coldly, immediately, he brought a couple of people and rushed towards the galaxy.

The Four Horsemen closed their eyes at the same time. They felt that this time, it was a sure thing. They didn’t put Ye Sheng in their eyes at all.

For the people behind Ye Sheng, an immortal emperor was definitely enough.

In the universe, Ye Sheng sat cross-legged and meditated. He looked at the vast galaxy and did not say a word.

He was waiting, waiting for someone to invade.

Ye Sheng knew that the pressure he was facing was a little too great. However, he did not know why, but at this moment, his mood was calm.

The remaining forces of the previous era were about to be uprooted by him at this moment.

This was Ye Sheng’s wild ambition, and it was also the conspiracy behind the scenes of countless people.

On the sky, the sky changed and became the galactic scene where Ye Sheng was. Everyone raised their heads and saw Ye Sheng.

The old Titan turned the scene over for everyone to see.

Zhuge xiaoming muttered, “I admire ye Sheng’s courage. At this moment, he is alone. He is not worried at all and is so calm.”

Chi Jun rubbed his knife and said coldly, “Get Ready. When it’s our turn to go, we will go and kill someone.”

“We have long been prepared.”Du Qingyi looked like an immortal, but he was full of killing intent.