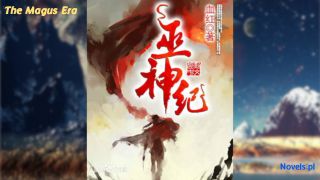 Just as Ye Sheng said, the Void Demon King was his family.

In the next few days, everyone returned one after another. Some of Ye Sheng’s friends, relatives, teachers, senior brothers and so on…

All of them gathered on the firmament star, but ye Sheng did not go to see them.

He had to seize the time to improve his strength. Currently, he was at the seventh sky of half-immortal realm. He was still a little bit away from the ninth sky, and there was still a big gap between him and a real immortal.

The Four Horsemen of destruction were about to arrive, so ye Sheng had to work hard and move toward his goal.

He was comprehending the Great Dao, the origin, and the laws of the world to improve his strength.

Unfortunately, nothing was absolute, and the last-minute efforts didn’t have any significant effect.

Ye Sheng’s improvement was very slow. At the level of half-immortal, you couldn’t improve just by practicing hard. You needed opportunities.

A big river with surging waves rumbled in front of Ye Sheng.

Ye Sheng sat by the river, countless laws of dao rhythm flowing in his eyes. These were not the laws of the Small World, but the laws of the Great Dao of the universe. It was still very difficult for him to comprehend them.

However, Ye Sheng was not discouraged. He slowly comprehended and believed that he would finally gain something.

In Hell, the clone of the Earth was constantly devouring all kinds of dark dimensions to improve himself and evolve in another direction.

The three ye Shengs were all working hard. They all knew that a crisis was waiting for them.

Someone walked over, stepping on the grass and making a sound.

Ye Sheng didn’t open his eyes. He had said that he was going into seclusion, so no one would easily disturb him.

Now that someone was here, there must be something.

Ye Sheng didn’t look at him, but based on his size and sensing, he knew that this was Chi Jun. .

The Red Army stood behind ye Sheng and said, “Big Brother Ye Sheng, the four horsemen have gone berserk and are wantonly slaughtering in the universe. They want you.”

“That’s normal. After all, their losses in the New Age battlefield were too great.”Ye Sheng didn’t care at all. Two generations of the Four Horsemen had died in the New Age battlefield. The first and second generations, the first generation was still the four great experts…, even though they weren’t a match for World War and the green-robed senior, in the universe, they were still great experts who could suppress an area. If they died just like that, it would be strange if the four horsemen didn’t get angry.

As for why they wanted him, Ye Sheng didn’t need to think too much to know.

Hence, they wanted to capture Ye Sheng and interrogate the green-robed senior and World War.

“The Xandar star field that you were in before was ambushed by the Four Horsemen and suffered heavy losses. The Galactic Alliance completely collapsed and only a small number of people managed to escape,”Chi Jun continued.

Ye Sheng frowned and opened his eyes. Killing intent flashed in them. He did not expect the four horsemen to actually find the star system alliance and sweep it clean.

The star system alliance was only a second-rate power in the universe. It occupied the Xandar Star Field and developed independently. He did not expect it to be destroyed just like that.

“Four Horsemen, damn it!”Ye Sheng said coldly. Since the star system alliance was destroyed, he could not change anything. He could only continue to accumulate power and wait for the big battle that would not be long.

“My grandfather said that many people are getting restless,”Chi Jun replied.

“Continue to get restless. I still need half a month’s time,”Ye Sheng said indifferently, ignoring them. He knew that this was the old Titan telling him that the time was ripe. If he wanted to make a move…, then he could make a move.

The ancient God clone’s ancient god body was still a dozen days away from completion, and the Earth clone was also a little bit away from devouring the dark dimension. He would be able to break through and reach the eighth sky of half-immortal realm.

Ye Sheng needed to wait. He needed to wait for them to finish his current stage of cultivation and start the catastrophe that would engulf the universe.

Hearing this, Chi Jun did not disturb ye Sheng. He turned around and left. Since ye Sheng said that he still needed half a month, then he would wait for half a month.

After half a month, it would be the day Ye Sheng came out of seclusion.

Chi Jun left, and Ye Sheng continued to close his eyes. He didn’t think about anything and fell into a state of emptiness. He started to meditate.

Ye Sheng was thinking about a problem. What would happen if the laws of the universe merged with the Black Hole.

His main body was already a black hole. This was his choice to evolve. However, ever since he evolved into a black hole, it had been a long time since ye Sheng had continued to evolve.

He could not find the next step.

How would a black hole evolve?

This was a problem. Ye Sheng often thought that a black hole would devour everything. How would it evolve next?

Ye Sheng could only continue to expand the black hole, but he could not find the next step of evolution.

Now, he had a clue. This black hole seemed to be able to merge the laws of the universe into it.

The black hole swallowed everything. In the end, could it swallow this universe?

Numerous laws were sent into the body of the black hole by Ye Sheng. Then, they slowly settled in the black hole and interweaved together, forming the laws of a black hole.

Ye Sheng looked up at the sky. His gaze pierced through the firmament star and saw the universe, the stars, and the vast galaxy. The corner of his mouth curled up and he said, “I’ll see you in half a month.”

On the other hand, du Qingyi also took advantage of this half a month to come to the firmament star and bring a powerful divine artifact.

Zhuge Xiaoming also went home and found his grandfather. He extorted a powerful magic treasure from him.

Everyone was doing their best to improve themselves. Their goal was very clear, to win this so-called counterattack.

And Ye Sheng was the fuse of this war. When the fuse was lit, when the Great War began.

All of this, let everyone look forward to.