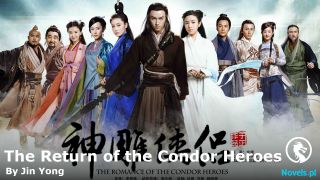 World War’s gaze was very terrifying. Under his seemingly calm eyes was a sea of blood. There were countless corpses roaring, shouting, and filled with killing intent. Ye Sheng took a glance and felt as if he had fallen into a sea of blood, unable to extricate himself.

This was a very terrifying matter. If it wasn’t for World War not cultivating the soul, just this glance alone would have sent ye Sheng into a land of eternal damnation.

Zhan World’s inquiry made Ye Sheng’s mind waver. He started to worry. This was a great demon. His true form was so terrifying, and he had just defeated Wu Mingwu. No matter what, Ye Sheng was no match for him.

He couldn’t escape nor could he beat him. Ye Sheng was as obedient as a child. He replied, “I killed his son before, so he came looking for me.”

To answer truthfully, this was Ye Sheng’s only way.

In the Pantheon Pill Furnace, Zhuge Xiaoming, du Qingyi and Chi Jun were all worried for Ye Sheng. This world of war looked very terrifying. It was very dangerous to be targeted.

“We can’t escape. This person is very terrifying. Once something happens to Ye Sheng, none of us can escape.”

The few of them looked on worriedly, afraid that World War’s axe would fall.

Fortunately, they did not. Although World War’s aura had locked onto Ye Sheng, he did not make any unnecessary movements. Instead, he grabbed ye Sheng and transformed into his true form. He was a gigantic dragon-shaped monster with silver scales that shone under the sunlight, then, he dug his claws deep into the ground and grabbed corpse river.

World of war spat out a mouthful of energy. It rolled and burned corpse river like flames.

At this moment, Corpse River rapidly shrank and entered world of war’s body. He refined it and turned it into a magic treasure of world of war.

Ye Sheng was shocked when he saw it. There were so many corpses in corpse river, and they were all mighty figures. It was terrifying that they had become world of war’s magic treasure just like that.

World War led Ye Sheng forward at high speed and disappeared into the ruins. The battle with Wu Mingwu had destroyed this place and turned it into a land of ruins.

After it landed, it transformed into human form. Its face was domineering, and its body was sturdy. A silver armor covered its body, and when it walked, it made a clanging sound. Its two axes were gone.

Ye Sheng was left behind by him. He followed him slowly, not daring to have the slightest thought of escaping.

“What’s the situation outside? Tell me,”the world of war asked as he walked in this vast mountain.

Ye Sheng was stunned, then immediately said, “The universe has developed into a new era. The Celestial Court, the Divine Court, the four knights, the automaton race, and other forces are ruling the universe on the surface.”

“On the surface?”World of war glanced at Ye Sheng.

Ye sheng nodded and said, “On the surface, the chaos race is controlling everything in the dark. The chaos race is hiding behind the scenes and preparing to destroy this era.”

World of war stopped and turned around. He was more than two meters tall and was not much weaker than the Red Army Titan. His aura was shocking as he stared at Ye Sheng and a shocking aura swept over.

Fortunately, Ye Sheng was calm enough. He looked at world of war’s face and did not dare to look him in the eye.

“The chaos race is preparing to destroy this era?”World of war asked coldly.

Ye Sheng nodded and said some things that he knew.

World War One listened quietly and then looked up at the sky. His expression was calm, and no one knew what he was thinking.

After a long time, World War One continued to go deep into the mountain.

“Where are we going?”Ye Sheng gathered his courage and asked.

He still had other things to do. He wanted to destroy the four knights or their descendants. It would take a lot of time to follow World War One.

“Go and get something. You have to follow me,”World War said.

Ye Sheng said with a bitter face, “I’m only in the half-immortal realm. I’m not enough for you to crush me with one finger. What’s the use of following you?”

“I need you to help me take out the nine battle swords. Once you take them out, I’ll let you go,”World War said coldly.

This was a threat to Ye Sheng. If he took them out, he would let ye Sheng go. If he didn’t take them out, Ye Sheng’s fate could be imagined.

Ye Sheng was silent, and then said, “I can help you get the nine battle swords, but you have to help me kill the descendants of the Four Horsemen. I need their heads.”

World of war laughed and stared at Ye Sheng. “Are you bargaining with me?”

Ye Sheng’s heart trembled. The pressure from world of war was too strong, and he couldn’t withstand it.

In the Pantheon Pill Furnace, Zhuge Xiaoming said worriedly, “Ye Sheng, don’t try to be brave. The most important thing is to live. After that, go kill the descendants of the Four Horsemen.”

“Right, I don’t know who this Zhan world is, good or bad. If you anger him, the outcome will not be good.”Du Qingyi also tried to persuade Ye Sheng.

“Brother Ye Sheng, I think we can hold on for a while. Since Zhan World wants you to get the nine battle swords, it means that he can’t get them himself. This is your confidence.”The Red Army suggested a different suggestion.

Ye Sheng listened to them and chose the Red Army’s suggestion to hold on for a while. After all, it was definitely dangerous for World War to get the battle swords. If he couldn’t do it himself, he needed Ye Sheng’s help.

This was Ye Sheng’s confidence.

Ye Sheng said, “A fair deal. You help me kill the descendants of the Four Horsemen, and I will help you get the battle swords. How about it?”

“You want to talk about fairness with me?”World War smiled coldly.

Ye Sheng had no way out. It was not his style to give up after persisting for a while. He said, “You need me. I can help you a lot. As for the descendants of the four horsemen, it’s just a matter of convenience for you.”

World War stared at Ye Sheng. His eyes were very dangerous, and they flickered with a red light.

Ye Sheng’s heart trembled, but he did not show any fear on his face. He stood calmly in front of World War.

A minute later, Zhan world smiled and said, “Okay, you have guts. I promise you that I will help you kill the so-called descendants of the Four Horsemen. But you must help me take out the nine battle swords. If you can’t take them out, your life will be worse than death.”

Ye sheng nodded and heaved a sigh of relief in his heart. His persistence had worked.

In the Pantheon Pill Furnace, the three people also heaved a sigh of relief. Zhan world had not gone crazy, or perhaps he really needed ye Sheng’s help.

Because the pantheon pill furnace had a shielding effect, the world of Fighters’soul was not strong, so they did not discover Zhuge Xiaoming and the others. This was also the reason why they had avoided the disaster.

However, it was not easy for Ye Sheng to avoid it.

“Help me kill someone first. I will help you get the battle sword. Because the person I want to kill is easy for you. You can do it easily. As for your matter, I need to do my best.”Ye Sheng made a request.

World of war agreed decisively. He grabbed Ye Sheng and punched the space in front of him. A crack appeared, and he stepped in.

“I’ll take you to kill people now. Some weak bugs in the half-immortal realm are not worth mentioning in my eyes.”World of war sounded very confident and arrogant.

Ye Sheng had to admit that what he said was right. The half-immortal realm was really weak for world of war.

Just like the immortal treasure realm was weak for Ye Sheng.