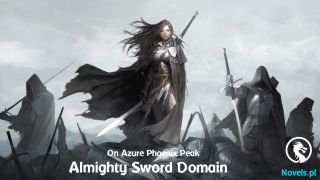 «The Earth Is My Dantian (Web Novel) - Chapter 821: Burial Valley

The descendants of the four horsemen were as weak as Bugs to world war, unable to withstand a single blow.

He brought Ye Sheng and quickly found them.

The descendants of the Four Horsemen split into four groups, searching in all directions.

“What exactly happened? Why is there no information about the other two teams?”Someone asked worriedly.

“They were killed. We have to be careful. We can’t let anything happen to them again.”

“I’m not sure, but I can sense that Lord Wu Ming Wu has arrived at the New Age battlefield.”

“We must find the enemy and tear them into pieces. Those who dared to kill our four horsemen deserve to die.”

Everyone was very angry. As descendants of the four knights, although they did not have a good relationship, they still felt sorry for each other. They came together, but the other two teams were killed by the enemies. The rest was up to them to face the enemies.

Therefore, this group of people did not look too good.

“Stop talking nonsense. Hurry up and find the positions of the forefathers and report back. Then we can leave this damn place. It’s too dangerous.”The leading young man with a spear shouted coldly.

The others immediately stopped talking. One by one, they followed and began to rush towards the center of the desert.

The target of their investigation was the center of the desert.

Moreover, this desert was very strange. They were actually unable to fly. It was as if there was a barrier in the sky that prevented them from flying, so they could only advance on foot.

More than a dozen people had walked for several days. They were eight thousand li deep, but they still hadn’t reached the center of the desert.

They were almost in despair.

Just as everyone was burying their heads in their journey, a crack suddenly appeared in front of them. It was filled with black fog, and two figures slowly walked out from the black fog.

Ye Sheng and world of war.

“Who is this person?”

“Great expert, we aren’t a match for him.”

More than ten people immediately gathered together and reported for warmth. Their hearts were shocked, and they watched with worry and fear.

To be able to freely move about in this strange desert and open up a spatial passageway, just this point alone made everyone know that they were not a match for him.

“Senior, did Junior Offend You?”The descendants of the Four Horsemen asked worriedly. They felt that they were unlucky to have met such a terrifying existence.

World War’s expression was indifferent. He looked at them without any emotion, as if he was looking at a corpse.

Ye Sheng, on the other hand, was very cold. He said, “They are the descendants of the Four Horsemen. Let’s do it.”

The dozen or so four horsemen were extremely shocked and furious. They stared at Ye Sheng with an inexplicable anger, but they did not dare to anger Ye Sheng and the others. They were very aggrieved

“Big Brother, we have never met before. What are you doing?”The descendants of the Four Horsemen asked.

“We have never met before, but the grudge between me and the Four Horsemen is very deep. Since you have come here today, you are destined not to return.”Ye Sheng said coldly.

“Who are you?”The descendants of the four horsemen asked in shock and anger. who were you to announce that they could not return?

“I am the nightmare of the Four Horsemen,”Ye Sheng said indifferently. He could not be bothered to explain anything and looked at world war.

World War immediately stretched out his hand. Waves of energy spread in it, scaring more than a dozen people and making them beg for mercy.

However, world conqueror remained expressionless as he directly slammed his palm down.

The earth trembled as a sandstorm swept up in the desert, wreaking havoc in the surroundings. Over ten people were instantly smacked to death. They did not feel the slightest bit of struggle.

The gap between them and world conqueror was still too great. This was not something that could be changed by an individual’s will. Even if it was Ye Sheng, the result would still be the same.

World Conqueror was ridiculously strong. This was the first time Ye Sheng felt the terror of an expert so cordially.

In the past, those immortal emperors who stepped onto the path of transcendence didn’t have such a close distance in front of Ye Sheng, killing the weak so easily.

The feeling was different.

Ye Sheng’s heart was very complicated, but on the surface, he was still very calm. He kept the heads of these corpses properly and then looked at world war.

World War didn’t say anything. He was like a machine, coldly punching out. The spatial crack opened and brought them to another place, where they met another group of descendants of the Four Horsemen.

It was the exact same scene. World War sent out a palm strike and all these people died without any suspense. Then, Ye Sheng cut off their heads with great ease.

The four horsemen probably would not have thought that their descendants would be wiped out just like that.

After Ye Sheng gathered all the heads, he was filled with emotion. If he were to do it himself, it would not take more than a month. The two teams were not in the same place. It would be very troublesome to find them.

However, in the hands of Zhan world, it was an extremely simple matter. In less than 15 minutes, Ye Sheng had completed his goal.

Then, he and Zhan World returned to the forest and continued to move towards Zhan world’s goal.

“I have completed your request. Next, you have to complete my request.”Zhan world said to Ye Sheng.

Ye Sheng nodded seriously. This was something that had to be done.

Zhuge Xiaoming sighed, “This is what it means to be an expert.”

“Ye Sheng, you have to be careful,”du Qingyi said worriedly.

Ye Sheng looked at world of war and asked, “What is the origin of these nine battle swords? You have to tell me so that I have a good idea and be fully prepared.”

War with the world thought about it carefully. It made sense. After all, he still needed Ye Sheng to take them out.

“The place I want to bring you to is called the weapon burial valley,”war with the world said in a deep voice.

Ye Sheng’s eyes changed. It was very strange. Weapon Burial Valley. It had been a long time since they last met.

There were many divine weapons buried in weapon burial valley, but according to Ye Sheng’s knowledge, there were no nine battle ships?

World of war said, “Of course, I got the information from the memories of those corpses. There are nine battle swords in the weapon burial valley, and they were forged by the ten great experts.”

This was not enough to split it, was there anyone who did not use it?

World of war said, “Nine battle swords combined into one, and it is a sky sword that can destroy everything. This is what I want. With the sky sword in hand, I can make up for my weakness.”

Ye Sheng knew that world war’s weakness was that his soul was weak and he did not understand the laws.

If his soul was weak, he could use his physical body to lock it. It was fine, but not understanding the laws was a bit serious. Although his brute strength was shocking, he still needed the laws to help him.