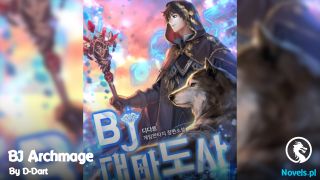 Wu Mingwu’s killing intent was originally directed towards Ye Sheng and the others. However, at this moment, he encountered this monster. Both sides were in a heated battle and the situation was extremely explosive.

Wu Mingwu thought that this monster was Ye Sheng and the others’backing. With this monster, Ye Sheng dared to attack the descendants of the Four Horsemen. Therefore, he did not hold back in his attacks. His energy poured out like a myriad of flowers and quicksand. It was incomparably beautiful.

Wu Mingwu was very violent. The laws surrounded his body, and it was incomparably bright. He gave the silver monster a violent beating.

However, the effect was very inconspicuous. The silver monster was too powerful. This strength was not from the laws, nor was it from divine abilities. Instead, it was from its physical body.

Its physical body was simply difficult to destroy. The armor formed by the silver scales on its body was incomparably sturdy. The laws of the universe bombarded over, but it did not cause any ripples. It was quickly smoothed out.

As for the monster itself, it hacked down with its two-handed battle axe, rumbling.

“Die for me.”The monster’s eyes were filled with blood. It was incomparably crazy and had no reason. Its mind was only filled with killing and killing.

The monster had absorbed the Willpower, energy, and essence of the experts that had fallen during the countless epochs. It could be said that it was the combination of these people.

And among these people, there were experts from the previous era, as well as Primal Chaos Warriors. Each person’s willpower was different. After absorbing these, they wouldn’t normally deal with each other. They would often influence each other, causing the monster’s mind to become chaotic, they did not know who they were.

Wu Mingwu’s violent suppression had caused the monsters to fall into complete chaos. On the contrary, by integrating these wills, they were killing.

Regardless of whether it was the experts from the previous era or the warriors of the chaos clan, the only thing they had in common was their battle intent.

The frenzied killing would not stop until one of them died. Now that the monsters had integrated with them, they became violent all of a sudden.

Its eyes were filled with blood. The vast land was the blood-red land, and the person in front of it was a dead person. It swung its battle axe and the monster’s body came charging over. It attacked furiously.

It did not defend. It relied on the strength of its battle armor to attack fiercely.

The monster did not have the laws of the universe. It relied on its strong body and invincible strength.

This was the law of martial arts. When a flower bloomed, thousands of flowers wither. It contained a very powerful law of the universe.

Wu Ming Wu was that flower. The rest of the people were all thousands of flowers. When he bloomed, the other flowers had to wither. He was the only one in the universe.

However, when this law hit the monster, it didn’t have any effect. The silver armor was covered with layers of mysterious ripples. It was actually immune to the invasion of the law.

“Your attack, to me, is just scratching an itch.”The monster roared angrily and chopped down with his axe. Wu Ming Wu immediately let out a blood-curdling scream as one of his arms was chopped off. He widened his eyes and glared at the monster.

He had never encountered such a monster before. When the laws struck down, it was actually immune to the other party. Who would believe it if this was said?

The laws of the universe were the laws of the entire universe. Under the laws, even someone who had stepped onto the path of transcendence would not be able to resist it. However, in front of this monster, Wu Ming Wu’s laws were ineffective.

Wu Ming Wu really wanted to curse. Did you not abide by the laws of the Universe?

The monster still bombarded Wu Ming Wu with brute force. Towards Wu Ming Wu’s question, he was stunned for a moment before he became confused and filled with determination, it said, “I don’t know who I am. Ever since I was born, countless consciousnesses have been in my mind. I am the embodiment of the will of countless people. I am the embodiment of their battle intent. My name is world of War!”

The monster came from the Corpse River. It was nurtured by the corpses in the corpse river. It was an accident. No one knew its origin, and no one knew that it would be born. For a long time…, it had been absorbing the will of the era’s experts and Chaos Warriors, and its battle intent had grown.

It had no name, no parents, and was raised naturally. It was a miracle. The armor on its body was also born under unique circumstances in the era battlefield.

Wu Mingwu asked it, and the monster was really stumped. The blood in its eyes began to fade, and it regained its consciousness. Then, it stared at Wu Mingwu and said coldly.

He was world of war, a natural god of war. The more he fought, the braver he became. He had no laws, did not know the rules, and relied on brute force to destroy all enemies.

When World of war finished speaking, Wu Mingwu’s pupils constricted. He immediately wanted to retreat and avoid world of war. He realized that after world of war regained its consciousness, it was even more terrifying.

“Battle skill, heaven collapse and earth collapse.”World of war roared. His two axes smashed down, and the world was instantly destroyed. The area within a few thousand miles turned into chaos. World of war did not have laws, but it had battle skills…, these battle techniques were formed from countless corpses in the corpse river, and they were extremely powerful.

Wu Mingwu’s body transformed. He wanted to cross space to escape, but in an instant, space was destroyed. There was no way for him to escape, so he could only fight.

“Go to hell!”Wu Mingwu growled and took out his own magic treasure. A long sail was wrapped in a mist of primal chaos. It was hazy and extremely resplendent, and when it swept down, it gave off an invincible aura. It was extremely terrifying.

However, all of this appeared so weak under the dual axes of war the world. War the world was not afraid of these things. He stared at the mist of Primal Chaos and his body did not move. The silver armor was emitting light, the powerful aura made Wu Mingwu’s face Twitch. His magic treasure could not even break the silver armor.

War the world smashed down with his axe and once again cut off one of Wu Mingwu’s arms. Wu Mingwu let out a blood-curdling scream as his bones and tendons regenerated. He wanted to grow another arm, but war the world did not give him the chance. War the world struck again, after chopping off his head, fresh blood splattered everywhere. Wu Mingwu’s primordial spirit burst out and let out a sharp, long howl.

But it only froze him for less than a second.

It was at this second that Wu Mingwu escaped.

He came in an aggressive manner, wanting to take revenge for his son. He crossed the galaxy and came to the New Age battlefield. Originally, he wanted to establish the dignity of the four knights and punish the murderer severely. However, now, he could only flee dejectedly, he was simply no match for War of the Worlds.

War of the worlds was too reckless. The extent of his recklessness was simply unbelievable. With his invincible physical body, even if there was a problem with his soul, it would not be a big deal. This was because his physical body had locked his soul. If he wanted to kill his soul…, it would have to destroy its body.

This was an impossible mission. Wu Mingwu knew that he was no match for it, so he immediately ran away without stopping.

World War woke up and found that Wu Mingwu had escaped. His eyes calmed down, and then with a whoosh, he appeared in front of Ye Sheng.

A terrifying consciousness smashed onto ye Sheng’s soul, causing Ye Sheng’s head to hurt so much that it felt like it was going to split open. He almost fell. He hurriedly did not dare to look into World War’s eyes. This was too terrifying.

“Did you lure this person here?”Zhan world asked in a low voice.