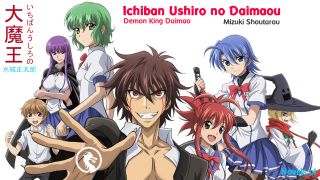 At the end of the Corpse River, there was a loud sound. Ye Sheng immediately sensed it and quickly took care of hundreds of human-faced bats. He immediately rushed in the direction.

“What happened?”Zhuge Xiaoming looked at the end of the Corpse River and asked in surprise.

“I don’t know, but I think there’s a conflict ahead.”Du qingyi muttered and quickly followed. He also guessed that the descendants of the four knights had a conflict with the monsters at the end of the Corpse River.

The Corpse River was very large, and it would take one minute to reach the end. In this one minute, wherever they passed, countless human-faced bats flew up. They were fierce and fierce, pouncing on each other and letting out sharp cries. It was unknown whether they were frightened by Ye Sheng or by the tremors at the end of the Corpse River.

One minute later, Ye Sheng saw the end of the Corpse River. There, he found a huge monster that was absorbing the essence energy of countless corpses above the corpse river.

The entire corpse river was filled with countless corpses. They were all people who had fallen during the Battle of the New Age. But now, these corpses had become nutrients, nourishing this monster.

This monster was like an evil dragon. Its entire body was covered in silver-white armor, and the bone spikes on its back pierced through one by one. It was extremely ferocious and terrifying.

It was a hundred meters long, and its body was huge. Its muscles were like that of a dragon. Its entire body was silver, and it looked very terrifying. It gave off waves of power that spread in all directions.

The entire corpse river was suppressed by the Monster’s aura. There was no place where the human-faced bat could live.

When Ye Sheng saw this scene, he immediately understood why the human-faced bat didn’t give birth to a king even though it was guarding the corpses of so many mighty figures. They were all between the immortal trove and the immortal realm.

The reason was that the monster had absorbed most of the essence, Qi, and spirit of the corpses in the corpse river. Only a small part was scratched by the human-faced bat. Moreover, there were many human-faced bats, so it couldn’t form a climate.

They were smashed to death by the monster’s tail without any resistance. After seeing it, Ye Sheng’s eyelids twitched, and he felt incredulous.

This monster had grown to an unrivaled level. A single tail had killed a large number of half-immortals. Even if Ye Sheng personally attacked, he would not be able to withstand it, and the outcome would be the same.

Zhuge Xiaoming, du Qingyi, and Chi Jun all agreed with this decision. They had to leave. If they stayed here any longer, these people’s corpses would end up like Ye Sheng and the others.

They might as well let this monster sleep now. It silently absorbed the essence, Qi, and spirit of countless corpses. It didn’t have the energy to care about them, or even disdain them.

All in all, Ye Sheng and the others wanted to leave.

But in the next second, a violent aura crashed down from the sky, breaking the top of the long river. The rushing river water broke the balance and poured into the underground corpse river.

This time, it was really a flood discharge from the dam. The power was great, the earth collapsed, and the rocks and clouds collapsed. The human-faced bat let out a deafening scream. It was very noisy.

Ye Sheng’s face changed. He didn’t understand what was going on. His immediate reaction was to put Zhuge Xiaoming and the others into the Pantheon Pill Furnace and run away quickly to avoid danger.

However, the Corpse River had been shaken, and the earth was shaking. The underground corpse river and the surging river above stirred up big waves, alerting the sleeping monster.

“You’re courting death!”The monster opened its eyes and saw the scene that looked like the end of the world. It roared in anger.

The monster got up and shook the dust off its body. It swung its white-meter-long tail and broke the last shackle on the corpse river.

“Who the Hell Is This?”Zhuge Xiaoming said in shock and anger. They were ready to leave. If they suddenly did this, wouldn’t they be exposed?

“I don’t know, but look at the momentum. It’s very powerful.”Du Qingyi said with a serious face.

“We have to be careful. In the eyes of the immortals, we are mortals when the immortals fight.”Chi Jun said worriedly.

His worry was not without reason. Ye Sheng did not dare to take the risk either. He hid in a corner and watched the monsters in the Corpse River Fly into a rage. He rushed out of the Corpse River in an instant and clashed head-on with the other party.

A huge sound wave reverberated across the battlefield of the new age. Countless creatures heard it and felt that it was unbelievable. This was a great battle between peerless experts.

A bright light emitted boundless battle intent and killing intent. They gathered together to form a martial consciousness.

The person who came was Wu Wudi’s father, Wu Mingwu. It was also him who broke the silence of Corpse River and angered this monster.

“An evil creature that came from all directions, Scram.”When Wu Mingwu saw the monster rush out indiscriminately, his eyes became angry. He immediately waved his fist and punched. A terrifying aura surged, the fist with invincible fist momentum hit the scale armor of the monster.

A clear sound echoed in the surroundings, forming a storm that swept across thousands of miles. Wu Mingwu and the monster were not easy to deal with.

The defense of the monster’s scale armor was shocking. It was enraged when it received a punch. Its eyes were blood-red, and its rationality was burning with anger. Perhaps its own rationality was also very chaotic. At this moment, it attacked with all its strength, and a claw ruthlessly swept over.

The monster’s skin was too rough and its flesh was too thick. It could not move at all. To it, Wu Mingwu’s attack did not feel anything other than a little pain.

“Go to hell!”Wu Mingwu flew into a rage. Immediately, his energy soared and turned into a long sword, fiercely slashing down.

The long sword struck the monster’s scale armor and was instantly shattered. It did not hurt the monster. Instead, it caused the monster’s tail to fiercely swing over, and like its claws, it wanted to attack Wu Mingwu.

Wu Mingwu’s expression changed slightly. The monster’s skin was rough and its flesh was thick. It was fine even if it was attacked. Its counterattack was very fierce. He did not want to fight it head-on, so he immediately retreated.

“You interrupted my cultivation. Now You Want to leave? Dream on.”The monster was not willing to do it. It was not so easy to provoke. It could come and go as it wished. If it was not it, then it would seek revenge for the smallest grievance. Since you dared to attack…, then you must be prepared to die.

The monster roared and its body changed. It turned into a strong man in silver armor. He held two battle axes in his hands and hacked out fiercely.

Ye Sheng watched from near the corpse river. The battle between these two peerless experts was very grand. They would die if they brushed against each other, and they would be injured if they encountered each other. It was completely unreasonable.

“It must be because we killed Wu Wudi that he rushed here. Fortunately, we have this monster to help us defend.”Ye Sheng immediately guessed why Wu Mingwu was here.