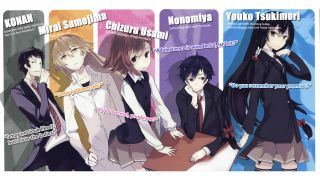 In the past three days, Ye Sheng and the others had ventured deep into the battlefield of the new age. Seeing the white bones everywhere, they finally found some clues about the other party.

The descendants of the Four Horsemen were divided into four teams, searching separately in order to find their ancestors.

This time, the clue they found was by a huge river.

The river was surging and mighty. It was as if a dam had burst.

Ye Sheng stood by the river and looked at the huge river. His eyes were deep, as if he had seen through everything.

He stared at the long river and said, “They are nearby.”

They found the footprints on the road.

After three days of rain, the footprints were easy to find. Even if they were flying in the sky, they would still land on the ground and take a few steps.

Following the footprints, Ye Sheng and his group caught up and stopped by the river.

The footprints stopped here, and there were no footprints on the other side of the river.

That meant that the footprints were nearby.

Zhuge Xiaoming pointed at the long river and said, “Could they be inside?”

Chi Jun nodded and said, “I think so too. We can go down and take a look.”

Ye Sheng said, “I’ll go down first. If there’s another grotto-heaven down there, you guys go down there.”

The few of them had no objections. Ye Sheng going down was the best choice. After all, he was the strongest and could quickly escape from danger.

Ye Sheng immediately threw himself into the long river. With a plop, he sank down.

The surging river water had no effect on him. Ye Sheng quickly sank into the river and saw an underground grotto-heaven.

“As expected, this river is not simple.”Ye Sheng focused his eyes and entered the underground grotto-heaven at a high speed.

The surging river water was above his head, and he could still hear the rumbling sounds. However, the strange thing was that the river water could not fall down. Ye Sheng stood in the underground grotto-heaven and looked around.

This was a very mysterious place. The underground stone milk, the sculptures of nature, all kinds of strange things, the frozen corpses of all kinds of monsters, and the huge bat corpses on the ground.

“These corpses were killed not long ago. It didn’t take more than a day. It was done by the descendants of the Four Knights.”Ye Sheng’s eyes lit up. He found it.

He immediately informed Zhuge Xiaoming and the others to come down. There was another grotto-heaven under this place.

Zhuge Xiaoming, du Qingyi, and Chi Jun immediately came down. They were all in the half-immortal realm, so the surging river water didn’t affect them at all.

After coming down, everyone looked at the various frozen monster statues and the various gods and demons carved by nature on the walls. They were very surprised.

“Why is there a grotto-heaven here?”Zhuge Xiaoming asked in surprise.

No one could give him an answer, and neither could ye Sheng. But he was sure that it was not simple.

The bat corpse on the ground was very big, almost the same size as ye Sheng. When it spread its wings, it was even bigger than Ye Sheng. Such a big bat had been slaughtered, and the smell of fresh blood filled the air.

“Let’s continue to look deeper,”ye Sheng said. He took the lead and entered the depths of this underground grotto-heaven.

After passing through the bat’s corpse, the group went deeper. They didn’t see anything. Instead, they heard a rumbling sound beside their ears.

“What the Hell Is This?”Zhuge Xiaoming’s heart trembled. He was flustered by this sound.

“This used to be the new age battlefield. Who knows how many people have died here. Be careful.”Ye Sheng warned. He took the lead and walked to a corner.

The sound became louder and deafening. It was as if there was a river bigger than the one above waiting for them.

After crossing the corner, a real river appeared in front of them.

Ye Sheng sucked in a breath of cold air.

Zhuge Xiaoming’s legs went weak, and he almost fell down.

Du Qingyi opened her mouth wide and murmured, “Is this the river of the Netherworld?”

A huge river was vast and mighty, and the river was filled with the aura of death. There were countless corpses floating on it, and it was very terrifying. At a glance, this was a river of corpses.

Ye Sheng and the others stood at the side. They did not dare to act rashly. This scene was very frightening.

More importantly, other than the corpses, there were also many weapons in the river.

Ye Sheng saw a battle sword that was shining with a cold light. It floated in the river and was not easy to deal with. He did not dare to say that it was a divine weapon. However, Ye Sheng guessed that it was not too different.

Ye Sheng’s heart skipped a beat. All his attention had been attracted by the corpse river, so he did not see the top.

When he looked up, he saw countless human-faced bats hanging above the corpse river, staring at them with green eyes.

The human-faced bats noticed Ye Sheng and the others. They were unusually fierce and seemed to be attacking at any time.

“F*ck, what the Hell Is This Place?”Zhuge Xiaoming cursed in a low voice.

“If I’m not wrong, these corpses are those of the people who fought against the chaotic clan in the past, or there are the corpses of the two sides who fought in the past,”said Chi Jun. .

Not only were the people who died in the previous era defeated, but also the corpses of the chaotic clan members were all merged into this corpse river.

As for these human-faced bats, they were nurtured by the Corpse River. They absorbed the spirit energy or essence emitted from these corpses and evolved step by step.

This was very terrifying. Hundreds of human-faced bats stared at them. They were even more terrifying than the bats at the entrance. These bats had already evolved. Although they still had wings and were hanging upside down, they had human faces and expressions. Each and every one of them was ferocious and treated ye Sheng and the others as food.

The bats burst out and broke away at once, charging over.

Ye Sheng’s eyes turned cold. This scene was very scary, but he was not afraid.

In an instant, more than a dozen bats were killed by Ye Sheng. They looked very strange, but their battle strength was definitely not comparable to half-immortals, so ye Sheng’s attack was still very easy.

Zhuge Xiaoming, du Qingyi, and Chi Jun all attacked. In fact, other than being terrifying, there was nothing else. These bats only absorbed a small amount of aura from the corpses, and their growth speed was very slow.

Hundreds of bats were killed by them in less than a moment.

However, after killing the human-faced bats, Ye Sheng did not relax. Instead, he looked at the end of the Corpse River. There was a battle there.

The descendants of the Four Horsemen and the young kings of the hundred clans had already fought with the monsters inside.