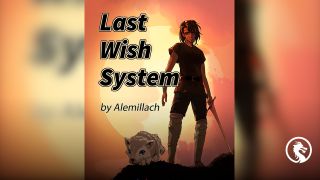 «The Earth Is My Dantian (Web Novel) - Chapter 816: Heaven and Earth Share Sorrow

For Ye Sheng and the others, the Stone Man’s sermon was like opening the door to the law of Great Dao, allowing them to observe it closely.

This was an opportunity that could be encountered but not sought.

At first, Zhuge Xiaoming couldn’t help but be happy. He shook his head and immersed himself in it. But then he began to feel uncomfortable. He frowned and tried his best to understand. In the end, it was as if he was listening to a heavenly book. His face was full of confusion.

Chi Jun was the same. At first, he could understand, but as he got deeper, he only knew half of it, half of it, and then he didn’t understand it at all. The process was very difficult.

But even so, they didn’t give up. Instead, they wrote down what they didn’t understand first, and then they could understand it later and slowly accumulate it.

Du Qingyi didn’t learn this point. He focused on comprehending the Taoist connotation of the half-immortal realm. Later on, he didn’t listen to anything and just immersed himself in this part.

He was close to the half-immortal realm to begin with. Now that he had the opportunity, he was completely immersed in it. He didn’t care about anything else.

He was going to break through.

Du Qingyi got up. He didn’t Disturb Ye Sheng and the others. He left the ancient city alone and started to break through outside.

In the city, the sermon continued. Only Ye Sheng was trying his best to absorb what the stone golem was talking about.

It was unfathomable, obscure, and difficult to understand. The rhythm of the Dao was long, and it repeated itself over and over again…

Ye Sheng learned all of this and began to study it slowly, focusing on it, and immersing himself in it.

Ye Sheng didn’t care about this. Compared to breaking through, he cared more about the understanding of the world, the origin of the universe, and the Great Dao.

Three days seemed to pass in an instant. When the stone man stopped, Ye Sheng sighed in disappointment. He hadn’t felt that he had completely absorbed it, but it was already over.

Ye Sheng stood up. Zhuge Xiaoming and Chi Jun behind him were even more confused. In fact, after the first day, they completely didn’t understand it, but they still persisted and memorized everything.

It didn’t matter if they didn’t understand it. They would slowly study it in the future.

When the stone man finished his sermon, his body fell off a little and the cracks increased. It seemed that he was going to collapse at any time.

“You guys should leave. Let Me Leave quietly by myself in the last few days.”The stone man said calmly.

Ye Sheng blinked his eyes. He didn’t know what to say. The end of the stone man was destined.

Ye Sheng didn’t say a word. He silently bowed and left the ancient city with Zhuge Xiaoming and the Red Army.

The broken ancient city was mottled and seemed to have been forgotten by time. It existed here alone.

After everyone left the ancient city, with a rumble, the city gates closed. The stone man walked to the center of the city, returning to his transformed position, quietly waiting for death to descend.

Just like back then, he was filled with confidence and high spirits, stepping onto the path of transcendence in this position.

Time brought about a cycle, he transcended here, dying here.

The Rockman was very quiet.

“What a pity.”Du qingyi sighed. If the Rockman didn’t transcend, he would still be a top expert in the universe.

Ye Sheng’s eyes were dark. “In the future, we might also step onto this path.”

Once they succeeded in transcending, they would definitely be very powerful. They would have the confidence to fight against the chaos race, but could they transcend?

No one said anything. Everyone left the ancient city silently and continued to go deeper.

This place was only one of the descendants of the four knights when they met Wu Wudi. There were three others who were waiting for Ye Sheng and the others to kill all of them. After that, they would give their heads to the four knights to infuriate them and trigger a great war.

This was Ye Sheng’s goal for this trip.

After leaving the ancient city, they were very, very far away. Ye Sheng inadvertently turned around and saw a flash of green in front of his eyes. It disappeared in the blink of an eye. He seemed to have seen a beautiful figure walking into the ancient city alone.

Zhuge Xiaoming and Chi Jun also looked at each other. They looked at Ye Sheng and at the ancient city where the heaven and earth intersected in the distance. There was nothing there.

Ye Sheng smiled and didn’t say anything. He was sure that the figure he saw just now was the senior sister Indigo Gown.

The head of the DAO College who had lived out his second life finally came. He came looking for the Rockman at the moment of his death.

Finally, at the last moment, the stone man saw the Qingshan senior sister. This made Ye Sheng very happy.

As he walked, Ye Sheng suddenly looked at the sky.

Ye Sheng reached out and caught the rain, but to be more precise, it was blood.

Chi Jun said faintly, “The Great Dao of the universe has sensed something. An old friend of mine left and sent him off with a rain of blood. This is a treatment that only those who have mastered the Great Dao can receive.”

Ye Sheng looked at the ancient city in the distance that was no longer visible. The stone man had left. Before he died, he had seen Qingshan senior sister once. This seemed to be very good.

“He should have left with a smile,”Ye Sheng said.

The blood rain was still falling. It was getting heavier and heavier. Ye Sheng and the others stood in the rain and put up a protective shield so that they didn’t get wet.

The earth was blood-red, and the entire sky had changed color. All the creatures in the battlefield of the New Age knew that a big shot had died.

The blood rain fell for less than ten minutes, and then the rain returned to normal, but it was still falling.

This time, it lasted for three days. The day and night didn’t stop, as if the Great Dao was sending off his friend.

In these three days, Ye Sheng and the others continued to go deeper, searching for the descendants of the remaining three four knights.

And in the universe, a huge man sitting on a noble dragon chair opened his eyes. A cold light burst out from his eyes, and he stood up.

Wu Mingwu was a strong competitor for the third and fourth generation knights. His strength was unfathomable. When he sensed that his son had been killed, his anger burned.

“Who dares to kill the descendants of my four knights? They must pay the price of blood.”Wu Mingwu said coldly. Suddenly, he tore through space and rushed towards the battlefield of the New Age battle.