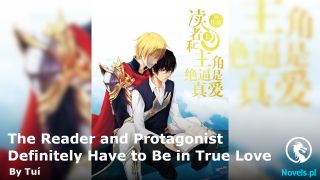 «The Earth Is My Dantian (Web Novel) - Chapter 815: Rockmen have regrets

Zhuge Xiaoming collected the heads of Wu Wudi and the others and went behind Ye Sheng to guard against the Rockmen.

After knowing the origins of the Rockmen, they were all under a lot of pressure. This was once a peak immortal emperor who stepped onto the transcendence realm. Although he failed, he was still an immortal emperor.

If there were any trump cards or if they died together, everyone would suffer.

Fortunately, the Rockman did not make any movements and just stood there quietly.

He used to be a peerless person. He was high-spirited, arrogant, and ignored all enemies.

At that time, he definitely did not expect that he would become like this now.

“Hehe, only after stepping onto the path of transcendence do I know how difficult it is.”The Rockman laughed at himself. His tears fell and landed on his petrified skin, leaving a clear mark.

The Rockman had regrets!

This was what Ye Sheng saw. He did not laugh or console him. He just watched silently.

Ye Sheng inexplicably thought, will I also walk on this path in the future?

Chu Xiangyu had already stepped on the path of transcendence. Clearly, he also knew that he had to improve in order to fight against the primal chaos.

In the future, when Ye Sheng reached this step, he would most probably also walk on the path of transcendence.

It was also possible that the future of this Rockman was Ye Sheng’s future.

“I’m going to die. Let’s talk.”The stone man looked at Ye Sheng and the others and slowly sat down.

Ye Sheng nodded and sat on a big rock, looking at the stone man.

Zhuge Xiaoming and the others behind him also sat down quietly and looked at Ye Sheng and the stone man.

The stone man was regretful, but his expression was so calm at this moment.

He was going to die soon. This was true. After being disturbed by Wu Wudi, the stone man had spent a lot of energy, and death was not a distant thing.

Of course, if he did not want to die, he could still hold on for a period of time, but that would be meaningless. The Rockman was not willing to turn himself into a human or a ghost.

He wanted to preserve his last bit of pride.

Thus, he calmed down.

“I was born during the ancient God era,”the Rockman said.

Ye Sheng looked at him in surprise. He did not expect that this Rockman was from the same era as the ancient god.

“Are you an ancient god?”Chi Jun asked curiously.

The stone man shook his head, “I’m not an ancient god. When the ancient god was still alive, I was just an orphan who helped people raise horses. I was lucky enough to get an opportunity. Before I was ready, I stumbled into the cultivation world and began my own path of Rise.”

Ye Sheng and the others listened silently.

Everyone was still willing to listen to the story of the Rockman.

Ye Sheng and the others looked on in astonishment.

This expert who had stepped onto the path of transcendence actually had such a past.

He had failed over five thousand battles. This was very inconceivable. How did he survive?

The Rockman laughed self-deprecatingly. “When you fail too many times, it doesn’t matter to you. The more you fail, the more flaws you have. After resolving these flaws, unknowingly, I seem to be invincible.”

Ye Sheng was dumbstruck. was there such a cultivation method?

This was the only battle in his life and he won it to his heart’s content.

Ye Sheng’s hair stood on end when he heard this. He asked in disbelief, “You massacred eight million people from the ten great tribes of the Primal Chaos Tribe?”

Zhuge Xiaoming, Chi Jun and du Qingyi all had their mouths wide open. They could stuff an egg into their mouths and felt that it was unbelievable.

This was simply terrifying.

Did the Rockman have such a record?

Ye sheng said thoughtfully, “That person must be very important to you, right?”

The stone man raised his head and looked at the sky, he said, “Of course, it’s very important to me. But to her, I’m just one of the many living beings. I’ve only met her three times. “Three times. To me, it has completely changed my life. She guided me on the path of cultivation, saved me at the most critical moment, and taught me the path of the loser. The third time we met was when she fought against the primal chaos.”

“This…”Ye Sheng didn’t know what to say. This was unrequited love.

Zhuge Xiaoming asked, “Who is she?”

Ye Sheng was also very curious. What kind of woman could make the Rockman fall in love with her so much? After three meetings, she completely fell in love with her and was willing to kill eight million people of the chaos tribe for her.

“She is the leader of the DAO College, but unfortunately, she has been killed by the chaos tribe. It is precisely because of this that I killed her and broke through myself.”The Rockman sighed.

The leader of the Dao College?

He was familiar with this.

He did not expect that the quiet and picturesque woman would have such an admirer.

Zhuge Xiaoming, Chi Jun, and Du Qingyi looked on in surprise. They also knew the leader of the Dao College.

“After I slaughtered eight million people of the chaos, I traveled all over the universe. I wanted to resurrect her and collect her heroic spirit. In the end, I used the origin to protect her and gave her a bit of life. Then, I came here and began to transcend.”The Rockman did not see the movements of Ye Sheng and the others’eyes, he spoke in silence.

“I wanted to wait until she was resurrected and I also reached the transcendence realm. At that time, I could protect her for the rest of her life. Unfortunately, I failed. Once I failed, I would be trapped here for the rest of my life.”The Rockman sighed.

“Now that I am about to die, I wonder how she is doing?”The Rockman was worried about the person he admired.

“She has been resurrected. To be precise, she has lived out her second life. She is still at the helm of the DAO College and is fighting against the chaos race. You Don’t have to worry.”Ye Sheng spoke and told everyone about his senior sister in green.

A complicated smile hung on the Stone Man’s face. He listened quietly and let out a long sigh, he said, “If that’s the case, I can die in peace. I shouldn’t have been so impatient to embark on the path of transcendence. I hope that she can destroy the chaos in the future.”

The Rockman quietly stayed here, talking to Ye Sheng for three days and three nights in the ancient city.

The first two hours were still a time for talking about his worries, but in the later hours, the Rockman began to preach to Ye Sheng and the others, explaining the foundation of the Great Dao, laws and rules, and so on.

This was a preaching by a master who had stepped on the road of transcendence. Ye Sheng and the others had benefited greatly.