Support
Random Novel
So You’re Such A Doctor So 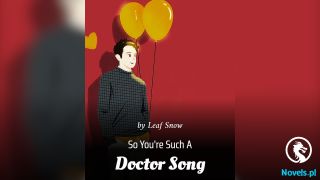 The news of Wen Haowen and Ning Shuqian reconciling spread like wildfire within just three days. After all, the matter was not that newsworthy to the reporters.

The Wen Corporation’s sudden decision to develop an entertainment city made everyone find that something was unusual with it. The reporters were initially planning to make an issue out of the matter so as to find out the Wen Family’s plan. However, after finding out that Wen Haowen had moved in with Ning Shuqian and that Old Mr. Wen was entirely focused on the charity fund while Wen Xinya was learning about the four arts, the reporters knew that there would be no point in continuing to report about it. Hence, they had no choice but to let the matter rest.

Wen Xinya had been paying attention to Ning Shuqian in the meantime.

Recently, Ning Shuqian had been pulling one move after another and she obviously couldn’t let her efforts go to waste. Her goal was to interfere with the entertainment city.

As expected, Ning Shuqian did not make her wait for too long. She received the news of Wen Haowen taking Ning Shuqian to the independent company and openly announcing that Ning Shuqian had been given the position of the deputy manager. She would be assisting Secretary He, now known as Manager He, in managing the company and pushing for the entertainment city project.

The reporters were flabbergasted.

Even the employees of the Wen Corporation began discussing about it rapidly.

Those who knew the Wen Family knew that Ning Shuqian was not competent enough to run a company. It was such a joke. Wen Haowen was obviously trying to achieve his own goals by using work as an excuse.

Secretary He was the representative of the sister company. Since they had agreed to the arrangements, who else could intervene?

After all, Wen Xinya had already stated clearly that the Wen Corporation was not to interfere with the operations of the sister company when she raised the idea of setting up an independent project. The Wen Corporation would only be in charge of assessing and supervising operations.

Wen Xinya pouted and said, “I can imagine how smug Ning Shuqian is feeling now.”

Two days ago, she had just mocked Ning Shuqian in the art gallery and yet, something like that happened. It was as if Ning Shuqian was giving her a smack in her face. How infuriating.

While typing away on his laptop, Si Yiyan answered, “Let her continue being smug, then. The more tricks she gets up to, the easier it will be for us to get evidence against her.”

Wen Xinya held onto the cup of rich and fragrant hot chocolate with one hand while stirring it using a spoon. “Are you that confident of luring the mastermind using Ning Shuqian?”

Those people were mysterious and difficult to deal with. Although she was confident of finding out who they were, she was not certain at all.

Si Yiyan paused and said, “Don’t forget how I used Shen Mengting and Ning Shuqian back then to find out about Black Sunday. I didn’t expect them to still have the guts to instigate Ning Shuqian after laying low for two years. I wonder if they’re conceited or just plain confident.”

His voice was calm and he sounded confident as if he were in control of everything.

Wen Xinya chided. “I think you’re the one who’s conceited and confident.”

She could not help but find him to be arrogant and conceited because of his domineering aura and confident tone.

Leaning against the couch and pulling her into his arms, Si Yiyan said, “Xinya, I wouldn’t be this confident if they didn’t pull any moves. They’ve already given some clues away, so… don’t belittle me.”

Wen Xinya obviously believed him. She glowered at him and said, “Who’s belittling you? My man is the last person whom I’ll belittle.”

Besides, Si Yiyan was never one to be belittled. He had what it took to be condescending and on top of the world, for he was superior to everyone else in terms of family background, appearance, talent, wisdom, status, wealth and power. He was on top of the social hierarchy and even a knowledgeable person like Old Mr. Mo had yet to see someone similar.

Wen Xinya’s words had greatly stroked his ego. It was just like the time when they got intimate and he whispered into her ear, “Am I impressive?”

He was not satisfied.

She had no choice but to express assent helplessly.

He felt that she was giving him a perfunctory answer.

At last, she was left with no other option than to lie on top of him and beg for mercy.

He was finally satisfied.

He forced her to say, “Si Yiyan, you’re really something!”

He felt the most thrilled at that moment, satisfied from head to toe with a stroked ego. He exuded inexplicable confidence and pride. The joy of that feeling was far greater than the bliss he felt after clinching a big deal and earning a ton of money or becoming more powerful.

He teased. “Xinya, that means you find me impressive too, right?”

That goes without saying. Wen Xinya thought to herself, finding that his question was rather idiotic. Hence, she did not bother answering him.

Refusing to give up, Si Yiyan insisted. “Xinya, am I impressive?”

Wen Xinya almost choked on chocolate. She turned red and thought about her intimate session with Si Yiyan last night, during which he forced her to speak up. She felt an urge to pour the chocolate on his face.

She remembered how she repeated herself to the point where her throat turned dry and her voice turned coarse.

When she spoke softly, he said that she was inaudible.

When she spoke loudly, he said he couldn’t hear her clearly.

At last, she screamed and he said that she sounded alluring.

Back then, he was incredibly touched.

Wen Xinya frantically got rid of those rated thoughts and glowered at him. “I can’t be bothered to answer you.”

Si Yiyan smiled sheepishly and whispered into her ear, “Why aren’t you answering me? You said it yourself last night. I remember you said it 32 times in total.”

Wen Xinya had had enough of Si Yiyan’s lewdness.

Si Yiyan said calmly, “Women have to praise their men in order to forge closer bonds and give their men more confidence.”

While women loved listening to sweet nothings, men loved receiving compliments from their loved ones. And Si Yiyan was no exception, either.

His words did make sense, but they did not apply to Si Yiyan at all, for he would be confident with or without her compliments. He was determined and definitely wouldn’t let anyone’s compliment or insult faze him.

Wen Xinya rolled her eyes at him and exclaimed, “Go on and continue talking nonsense! I’ll go to the kitchen and check on your herbal soup.”

Old Mr. Du had changed the recipe. Although Mrs. Tan was around, Wen Xinya would brew herbal soups for him whenever she could.

The mention of the medicine made Si Yiyan’s forehead crease into a frown. Ever since he was a child, he had never taken so much medicine before. It had been a month since he began receiving treatment and they had now progressed to the second stage of treatments.

He smelled just like herbs because of his excessive intake of medicinal soups and the herbal baths that he had been taking.

Fortunately, Wen Xinya enjoyed the smell of Traditional Chinese Medicine herbs. Otherwise, he wouldn’t be willing to drink it at all.