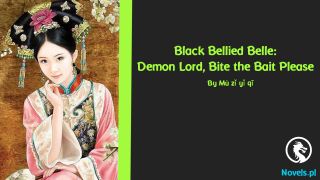 Chapter 1085: Regretting Her Past Decisions

The thought of Wen Xinya finding out that she had become the deputy manager of the sister company made Ning Shuqian feel extremely thrilled about getting her revenge.

Since Wen Xinya and Old Mr. Wen did not take her seriously, she decided that she had to let them know that they wouldn’t be able to stop her from getting what she wanted.

This is only the beginning. I’ll slowly trample all over you and destroy you, bit by bit.

I must let you know, that I, Ning Shuqian, am not to be trifled with.

At this moment, Wen Haowen walked towards Ning Shuqian with two glasses of red wine and handed one to her. “Let’s have a drink!”

Under the dim, yellow light, Ning Shuqian looked extremely radiant and attractive in her seductive nightdress. Wen Haowen could not take his eyes off her at all and his throat turned dry, causing him to feel an urge to quench his thirst with alcohol.

Ning Shuqian grabbed the glass and held it gracefully in her fair and tender hand. The red liquid which resembled gemstones made her fingers look even fairer.

“Thank you so much, CEO Wen,” said Ning Shuqian, who enjoyed being addressed that way. She thought about the enthusiastic applause that came from the employees when Wen Haowen announced her position at the company today. They also addressed her as “Deputy Manager Ning” one after another. She suddenly fell in love with the feeling of sitting on top of a pedestal and being the subject of envy and admiration of others.

Wen Haowen pulled Ning Shuqian onto the couch and said, “I have a surprise for you.”

Pretending to be coquettish, Ning Shuqian snuggled up into Wen Haowen’s arms and asked, “What is it? Haowen, hurry and tell me! Will you…”

After hearing Ning Shuqian’s coquettish voice, Wen Haowen could no longer keep the suspense up any longer. He hurriedly handed Ning Shuqian a document. “Take a look at it for yourself.”

Ning Shuqian grabbed the document happily and opened it eagerly. She was dumbfounded at the instant that she saw the letter of acceptance meant for Ning Yuya, from Qingyuan University.

Wen Haowen began fondling Ning Shuqian and asked, “Do you like this surprise?”

Ning Shuqian recovered from her shock and hugged Wen Haowen agitatedly. She said in surprise, “Haowen, thank you so much. I didn’t expect that you’d really help me get this letter of acceptance. You’re really impressive.”

Ning Shuqian actually wanted Ning Yuya to be admitted to Capital University. After all, Wen Xinya had managed to get accepted by Capital University and Ning Shuqian was certain that Wen Xinya would be feeling smug about it. Besides, her daughter Ning Yuya had been receiving elite education and lived in luxury since a young age. She was just like a prestigious heiress of a wealthy family. Ning Shuqian felt that Ning Yuya was nowhere inferior to Wen Xinya. Since the man refused to help her, she had no choice but to seek help from Wen Haowen. After hearing that Wen Haowen did not have a solution, she could only give up.

Qingyuan University was not too bad, either. It was also one of the top universities in the nation.

Ning Shuqian decided to ignore it. The only difference was that Wen Xinya was majoring in design.

Wen Haowen was extremely pleased with Ning Shuqian’s reaction. Hence, he laughed out loud and said, “It’s a piece of cake. No big deal.”

Ning Shuqian had also given him lots of help and the sister company was also getting on track. Although he detested the burdensome Ning Yuya, he knew that he still needed plenty of Ning Shuqian’s help during the development of the entertainment city. There was no free lunch in this world and hence, he had to give her some benefits.

Getting Ning Yuya accepted into Qingyuan University was a piece of cake and, since he would not suffer any losses, he felt that there was no harm in satisfying her.

Ning Shuqian smiled and said, “Haowen, I have a surprise for you too.”

“Qianqian, hurry and tell me what it is.” Wen Haowen’s heart began pounding rapidly. He guessed that the surprise definitely had something to do with the entertainment city.

Ning Shuqian gestured for him to inch closer towards her.

Her actions were enough to entice Wen Haowen. He hurriedly leaned towards her.

Wen Haowen’s initial curiosity turned into shock, and it was as if he could not believe his ears.

Ning Shuqian looked at Wen Haowen with a sultry smile. He was dumbfounded and looked just like a dimwit. She picked up the glass of wine and gently tasted it. Although she did not know how to appreciate wine, she felt that drinking wine alone was enough to make her posh.

After all, not all women in the world could have the privilege of savoring wine that cost more than 100,000 yuan a bottle.

A moment later, Wen Haowen finally recovered from the shock. Staring at Ning Shuqian in disbelief, he asked, “Was everything you said real?”

Ning Shuqian nodded and answered, “I’ll be able to get the official document from the lawyer tomorrow.”

She looked extremely proud of herself, for she believed that with the document, she would be able to shock everyone, especially Wen Xinya. Her goal lied far beyond the position of Deputy Manager.

She was determined to prove to everyone that she was not a small fry.

Wen Haowen’s passion was written all over his face. He hugged Ning Shuqian and praised. “Qianqian, I didn’t expect Madam Zhang to be so nice to you. You’re really something.”

In that case, Ning Shuqian would really be of help to him. And he believed that the development of the entertainment city would be extremely successful.

Ning Shuqian said, “Of course, Madam Zhang and I are sworn sisters.”

As happy as a lark, Wen Haowen said, “I’ll hold a board meeting to announce this in a couple more days.”

Wen Haowen was reminded of the investment proposal that he had submitted to the sister company, which had yet to be approved. The things that Ning Shuqian said to him gave him more faith in the proposal.

Ning Shuqian laughed and said, “That’s up to you to decide, but when the time comes, you must invite your good daughter Wen Xinya to join the board meeting. If she didn’t suggest the idea of an independent project and a sister company, the entertainment city project wouldn’t have been so successful. You ought to thank her.”

She was certain that Wen Xinya would be astonished to find out.

Wen Haowen obviously agreed. “You’re right. Doesn’t she like interfering with the board meeting? How could she be absent during the next one?”

He wanted to let Wen Xinya know that no one could stop him regardless of what tricks she get up to, not even Old Mr. Wen.