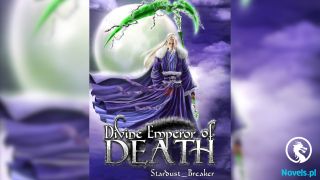 «Reborn Aristocrat: Return of the Vicious Heiress (Web Novel) - Chapter 1083: Don’t Think So Highly of Yourself

Chapter 1083: Don’t Think So Highly of Yourself

The lights in the living room were bright and warm. The aroma of a mixture of flaxseed, walnut, poppy, sunflower, and turpentine wax oils wafted up into the air and added an artistic touch to the environment.

Everyone was enthralled and immersed in a colorful world.

Wen Xinya did not know much about oil paintings. Frankly… an abstract mind and complex thinking were required for one to appreciate oil paintings. Hence, she preferred historical Chinese paintings’ profound meanings.

“This may just be a replica of Leonardo Da Vinci’s ‘The Last Supper’, but it encapsulates all of the anger, fear, terror, suspicions, and feelings of distraught intended in the original painting. It has also replicated the mannerisms, hand gestures and behavior of the people in the painting very precisely. Clearly, the replicator is highly skilled too.”

A soft and tender voice sounded in the quiet gallery.

The unusually familiar voice made Wen Xinya look in the direction of the noise.

Ning Shuqian was dressed in a light purple Cheongsam dress which accentuated her seductive curves. The white and lilac floral cardigan on her shoulders paired with her dress, made her look extremely elegant.

Ning Shuqian tied her long and curly tresses back into a bun which she secured on the back of her head with a floral hairpin made of jade. It encapsulated all of her beauty, though the posh and elegant ensemble could not hide her sultriness at all.

Ning Shuqian actually knows how to appreciate art. I really shouldn’t judge a book by its cover.

She seemed to have noticed that someone was staring at her. Ning Shuqian looked up and walked towards Wen Xinya.

Wen Xinya saw the contraction in Ning Shuqian’s eyes, which was evidence of her astonishment.

Wen Xinya glanced at her before looking away and continuing to appreciate the paintings.

At this moment, Ning Shuqian greeted a woman beside her before dragging her feet towards Wen Xinya. “Xinya, it’s such a coincidence that you’re here too.”

Her voice was calm and monotonous.

However, it sounded cold and derisive to Ning Shuqian. Wen Xinya’s intense gaze seemed to be a form of her despise towards Ning Shuqian. The plain and ordinary casual outfit looked extremely expensive and elegant on Wen Xinya. It was a kind of classiness that Ning Shuqian could not achieve no matter how hard she tried.

She could not help but be overwhelmed with anger. However, she suppressed her emotions and said smilingly, “Xinya, what are you talking about? I don’t fancy art. I’m just here to accompany a friend. However, I didn’t expect that you’d appreciate art too.”

She stressed on every intonation of her words with a cold and cutting gaze in her eyes.

Wen Xinya laughed and said, “Miss Ning, you’re being too modest. I heard you discussing art in detail with your friend earlier on. How could you not know anything about art?”

She naturally understood what Ning Shuqian meant, and knew that Ning Shuqian was just trying to make her feel uncomfortable. After all, a penchant and taste for art had to be nurtured since a young age. Having lived a wandering life on her own for fifteen years, Wen Xinya obviously did not know how to appreciate art.

At that moment, Wen Xinya unlocked her mobile phone and searched about “The Last Supper” on the internet. She opened one of the results, which was an introduction to the last supper.

Wen Xinya placed her mobile phone in front of Ning Shuqian and said, “Look, Miss Ning, that’s what they say online too.”

Ning Shuqian’s smile stiffened and she was suddenly engulfed by feelings of awkwardness and shame, which made her feel like digging a hole and jumping right into it. She had memorized the remarks she made about the painting based on information that she found on the internet.

Wen Xinya deliberately added, “What you said is exactly the same as the introduction given on the internet. Yet, you still say that you don’t know anything about art.”

Ning Shuqian tried her best to hold herself back from slapping Wen Xinya. Suppressing her emotions, she answered, “Hehe, is that so? I was just spouting nonsense.”

Wen Xinya said with a radiant smile, “Miss Ning, you’re being too modest.”

Ning Shuqian was at a loss for words and she felt as if she had just been slapped in public. Feelings of shame and embarrassment overwhelmed her and she suddenly felt as if she did not belong to such a posh and upscale place.

She could sense the derisive looks of contempt on the faces of the people staring at her, making her feel a strong urge to escape.

Wen Xinya asked smilingly, “Miss Ning, what’s the matter? Why do you look so awful? Do you feel uncomfortable? Miss Ning, you really like art, don’t you? You’re feeling unwell and yet, you’d rather drag yourself here than miss this painting exhibition. I really take my hat’s off to you.”

She had no idea when she began developing an interest in visiting posh places like art galleries, opera theaters and attending orchestra performances…

Being in such places seemed to be a relaxing activity for her and her inferiority complex would seem to vanish. No one would know about her pathetic past. They would only know that she was one of the prestigious people who belonged to a select group of individuals who were socially accepted at such places.

She could also blend in with the wealthy and prestigious patrons of the environment.

Yet, she was openly exposed before everyone.

The feelings of humiliation made her feel just as terrible as she did when Wen Xinya exposed her false pregnancy.

However, she still could not flare-up.

She had to bear with it. She could not afford to cause unnecessary trouble during the entertainment city development.

Ning Shuqian suddenly changed the subject. “Xinya, now that your father and I have reconciled, is your Grandpa…”

Wen Xinya could see the smugness on Ning Shuqian’s face.

Ning Shuqian rubbed the moist corners of her eyes and said, “Xinya, go home and explain to your Grandpa that your father is not to blame for this. Please tell him not to blame your father either.”

Ning Shuqian was the best at playing the victim and acting pitiful.

Ning Shuqian was pretentious and scheming. However, she passed down those genes to Ning Yuya, only to have Xia Ruya master those tricks even better than she did.

Wen Xinya said calmly, “Miss Ning, don’t think so highly of yourself. So what if you’ve reconciled with my father? Do you really think my grandpa will take you seriously?”

Wen Xinya laughed and said, “The noble and prestigious are self-aware.”

She scanned the entire art gallery, clearly having understood what she meant.

Ning Shuqian laughed and said tenderly, “We’ll find out if I have self-awareness and whether or not I’m thinking highly of myself in due time.”

She sounded rather confident.

Wen Xinya smiled and said nothing.

Everyone shot a glance at Ning Shuqian and Wen Xinya who seemed to be chatting merrily on the surface.