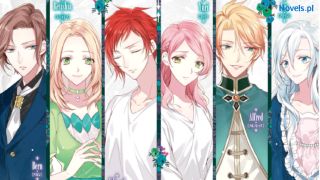 “Qing Qing, there’s no need to talk to her.” Sister Mi changed from her passive character and lifted her head up high to look at Ye Su, “Some people will say that grapes are sour even when they can’t eat them.”

She wasn’t angry that Ye Su had abandoned the boy that both of them loved, but she felt that Ye Su’s personality wasn’t good.

If you are a person with affection, then why would you say that the love from before was unnecessary.

“I can’t eat the grapes?” Ye Su rolled her eyes in a mocking manner and said with a smile, “The female lead of the popular “Youth” was brought in by me and not you.”

“Sister Ye Su is right! If your Qing Chen is so capable, she wouldn’t be unable to compete with a newcomer that hasn’t even made a film yet.” Jin Yi Xuan saw Gu Fan Fan nervously lowering her head and directly took her hand to declare war on Luo Qing Chen.

First, he had remembered her words towards him before.

Second, in just a few short days, he and Gu Fan Fan had already gotten together.

But what Luo Qing Chen didn’t know was that Jin Yi Xuan had another goal.

He wanted to see if Luo Qing Chen really no longer liked him. After so many years of deep love and obedience, it was impossible for her to change in a single night!

He had thought about it for a long time after leaving the studio and he had absolute confidence that Luo Qing Chen must still like him.

She was just playing hard to get, she was just using another method to get his attention.

Although her personality had greatly changed compared to before, the bigger the change, the more proof that it was done on purpose.

A catalyst had to be used at this time and he knew about Gu Fan Fan’s feelings for him.

Therefore, the day before yesterday, he had confessed and she became his girlfriend.

If he treated Gu Fan Fan as best as he could, would his previous fiancee get angry?

He suddenly wanted to see her angry and jealous appearance!

“Fool!” He gently patted her head and said, “Why are you saying that the role you got with your abilities is just luck?”

“No need.” Luo Qing Chen narrowed her cold eyes and revealed a cold smile, “Jin Yi Xuan is right, why do you need to apologize for earning the role with your own abilities? But I look down on that role.”

She didn’t cut her off to ridicule her, but because she couldn’t stand Gu Fan Fan’s Mary Sue mentality.

Steal it if you want, but if you pretend to be weak, it will make others feel uncomfortable.

She would rather have a villain that dared to act than this hypocrite who kept making excuses.

Since in Jin Yi Xuan’s eyes, his girlfriend was the kind and gentle Cinderella and she was the evil rich young miss, then she would interpret the characters more clearly.

That way, at least it wouldn’t waste the hat that he tried so hard to put on her!