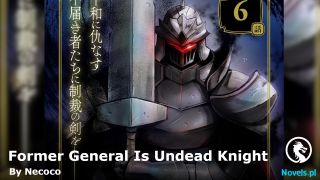 After they went into the office, the reporters were stopped by the security guards.

Sister Mi thought that she was worried, so she quickly came forward to say, “Actually, any piece of news on god Yu would be emphasized by the news in the past two years. When I was in the car, I thought that it wasn’t you in the picture, so I thought that this was a good thing……”

After all, you could be on the trending page and gain such large exposure without spending any money. No matter how you looked at it, it couldn’t be a bad thing.

“So it’s not a good thing if it was me in the picture?” Luo Qing Chen gave a soft snort as a bit of helplessness appeared in her eyes.

The entertainment industry was this complicated. Exposure could also be a double edged sword.

Only when it was properly used would it have its greatest effect.

On the contrary, if it wasn’t properly used, one would be frozen for some time if it was light and they would be chased out if it was heavy.

“It can’t be said that it’s a bad thing.” Sister Mi thought about it and said, “So do you know god Yu?”

There was a ‘ding’ sound and the elevator door opened. Standing inside was Jin Yi Xue, Gu Fan Fan, and Gu Fan Fan’s agent Ye Su who just came up from the underground parking lot.

When Luo Qing Chen was searching the web in the car, she unknowingly caught sight of “Youth is a Simple Thing’s” starting announcement.

There were around thirty stars and with the popularity of the novel and Jin Yi Xuan’s fame, it was impossible for it not to be popular.

In another world, due to the previous host’s love for Jin Yi Xuan, they would follow her onto the trending page.

The previous host was that dumb to be the catalyst for their relationship and their career, but then she ended up with that tragic ending.

“Isn’t this sister Mi?” Ye Su was the first to speak. She had a different look in her eyes as she said with a smile, “There really are a lot of reporters outside! Your fame isn’t bad.”

In the office, whether it was between stars or agents, there would be secret competition.

Sister Mi and Ye Su didn’t fight in the dark, they had an open competition as soon as they entered the company.

It was a pity that sister Mi wasn’t as good as Ye Su and none of her newcomers could surpass Ye Su’s.

Of course, Luo Qing Chen was the exception.

Because she chose sister Mi and sister Mi didn’t choose her.

The reason behind the fight between sister Mi and Ye Su was because they fell in love with the same boy when they were in the same class back then.

This boy chose Ye Xu and not sister Mi in the end, but that was not what sister Mi was angry about.

What she was most angry about was that Ye Su had dumped him and got together with an entertainment company’s vice president after getting him.

Later the boy became depressed and went to America for treatment. He still hadn’t come back yet.

Then adding in the fact that they had different artists, it was inevitable that they would clash against each other.

“It’s a pity that certain people don’t even have a chance to become popular.” Luo Qing Chen pressed the button for the twentieth floor before putting her hands in her pockets and looking at Ye Su with a provoking look.

If she wanted to protect someone, it didn’t make sense if she couldn’t protect them.