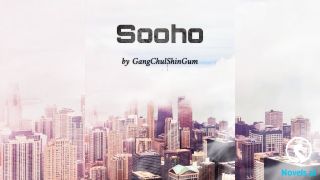 “Ha, ha, ha!” Ye Su clearly wasn’t willing to see her neighbour and best friend be bullied, so she directly replied, “Only relying on attention to get popularity and getting beaten by a newcomer at an audition just to say that you didn’t like this role. Then can I ask miss Luo, why did you come to the audition in the first place if you didn’t like it?”

She was indeed an agent who had been in the entertainment industry for several years, even without swearing, her words sounded so nasty.

But it was a good thing that these words didn’t reach her heart.

“Un humph?” Luo Qing Chen gave a gentle snort. She took the stack of folders sister Mi gave her with her right hand and raised it a bit before saying with a smile, “Miss Ye Su should have been in the entertainment industry for some time, so you should know some common sense.”

She put the newspaper in Gu Fan Fan’s hand and then narrowed her cold eyes to look at Ye Su, “In this line of work, one only looks at the results and not the process.”

The headlines explained that “Youth” only had garbage popularity with thirty year olds, which proved who was today’s protagonist.

“You……” Ye Su’s face was completely red, as she was so angered by Luo Qing Chen that she couldn’t speak.

The main thing was that she was telling the truth, just like how she was using the audition for “Youth” to attack her.

In this circle, everyone looked at results and not the process.

Without results, the process was empty talk.

Just like the audition for “Youth”, the media focused on the results and no one cared about the process.

Just like how no one cared that Gu Fan Fan had spilled the cup of coffee on her, which made her miss this opportunity.

It shouldn’t be her, but rather the previous host.

The sound of a text broke this very awkward situation.

It was a message for the agents of Star Group!

Although it was just a few words, both Ye Su and sister Mi’s eyes lit up.

The top international director Li Yuan will be visiting Star Group at two in the afternoon to cast supporting roles of “You Are More Shocking Than Time”.

“He, he.” Ye Su gave a shrug before crossing her arms across her chest, “An actress that couldn’t even become the female lead of “Youth”, you think that she can appear in director Li’s work? To be honest, it would be hard if she could even play the third or fourth female lead!”

Ye Su’s taunting tone completely ignited the anger in sister Mi’s heart and she looked right at Ye Su before raising her voice to say, “Please, Ye Su, if my Qing isn’t qualified to play the third or fourth female lead, then do you think your newcomer with only two thousand followers on Weibo could even play a background role!”

“Chen Mi! Good, good, good, you just wait!” Ye Su bit her lip and said, “I don’t only have Fan Fan under me, not to mention that she is the female lead of “Youth”, so she doesn’t have time to star in director Li’s drama! We will see who can become director Li’s supporting female lead!”

As soon as her voice fell, the elevator gave a ‘ding’ and Ye Su stomped her five centimeter tall heels before walking out.

Jin Yi Xuan held Gu Fan Fan’s hand as he followed Ye Su out. When they reached a corner not far away, Gu Fan Fan threw the newspaper in her hand in the trash.

To be honest, if Gu Fan Fan had thrown the newspaper in her face, she would have admired her more.