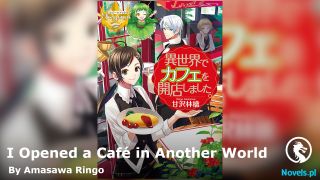 “Then come with me.” Gong Yu Bai’s right hand patted her head. He had a bit of gentleness in his eyes as he looked at her to say, “Your big sunglasses cover half your face, so no one will recognize you.”

He couldn’t just leave her alone in the airport, at least he couldn’t now.

Although he never walked out of the airport with a female star before.

It didn’t matter if he was famous or not, he just didn’t want to!

Luo Qing Chen took a deep breath before looking at the assistant on the side, “Do you have a mask?”

After putting on the mask, she tied her long hair into a ponytail. Then she followed Gong Yu Bai’s assistant out of the airport.

Everyone said that taking pictures at the airport was necessary for the entertainment industry.

This was her first time wrapping herself up this tightly, walking out of the airport while hiding most of her face.

There were shouts that came along the way.

Luo Qing Chen suddenly felt that she was very lucky. It was so hard for all these people just to take a look at Gong Yu Bai.

But she had already gotten him in hand.

When it came to this system, she really hated it sometimes!

Gong Yu Bai personally sent her home and left her all his contact information.

Before leaving, he didn’t forget to add a few words!

“What are you doing tonight?”

“Then call me before you go to sleep.”

When faced with Luo Qing Chen’s question, Gong Yu Bai put his hands in his pocket and narrowed his eyes to say, “It seems like I have to go to the news to break the news tomorrow!”

“You……” Luo Qing Chen shook her head and said with a helpless smile, “This is my first time realizing that god Yu likes making people this popular!”

“I don’t.” He paused before saying, “But you’re an exception.”

After she finished dinner, she gave Gong Yu Bai a call.

Even when this demanding director Li Yuan hadn’t seen her before, he agreed to give her the role of Mu Chu Xia, the female lead of “You Are More Shocking Than Time”.

This news made her feel that Gong Yu Bai really wasn’t a normal person. If this was a game, he definitely would be a big boss!

The next morning, Luo Qing Chen got up on time and put on a Derek I am limited edition fall and winter coat before heading to the company.

Her agent sister Mi was already waiting at her door for her and she had a bunch of scripts, along with today’s entertainment news in her hands.

“You went to the South Pole and came back so quickly. I thought that you would stay for a few days at least.” Sister Mi looked at her and said, “There are two things that are good in my eyes.”

Luo Qing Chen took a script and said, “I came back to make a show.”

“Dedicated!” Sister Mi said with a smile, “You can read the scripts over the next two days and then we’ll choose one.”

“No need! I’ve already decided on one.” Luo Qing Chen picked up the entertainment news and was stunned when she saw it.

“Which one!” Sister Mi was surprised as she said, “It can’t really be you in the newspaper, right!”

“Do you want me to answer the first or second question more?” Luo Qing Chen gave a cold laugh before sending Gong Yu Bai a text.

(Mister Gong, can you please take a look at today’s headlines?)

Shocking revelation: The nation’s male god god Yu took a trip on a private plane with a mysterious woman.

After sending this text, Luo Qing Chen went on Weibo and found that her name was the third trending topic.

The first was the headlines and the second was Gong Yu Bai.