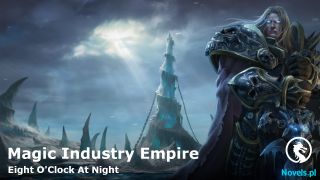 The moment that Gong Yu Bai’s assistant Pete opened the door to see this scene, it was like his feet had been locked in iron chains and he was frozen in place.

Pete’s legs immediately turned soft and he returned to his usual serious expression as he rolled out of the VIP room.

Luo Qing Chen quickly stood up and covered her face with her right hand. She looked out the window as her cheeks completely flushed red.

All afternoon, Gong Yu Bai looked at his computer and Luo Qing Chen looked at the clouds, with neither of them saying a thing.

Gong Yu Bai had brought a personal chef for his meals on the plane which quite satisfied her taste buds.

“You……” Gong Yu Bai looked at her proud expression and helplessly shook his head, “Your skin is so thin in the entertainment industry, you must have offended quite a few people!”

“Nonsense!” Luo Qing Chen replied while having some ice cream, “I’ve never had enemies before!”

Although the previous host was a bit arrogant, she was very friendly with the people she worked with.

If it wasn’t for Jin Yi Xuan and Gu Fan Fan, she felt that the previous host’s ending wouldn’t have been that bad!

“What about now?” Gong Yu Bai looked at her and said, “Gu Fan Fan?”

“Ke, ke……Ke, ke……” It was her first time choking on ice cream and it was all because the three words ‘Gu Fan Fan’ came from Gong Yu Bai’s mouth.

“Look at how agitated you are.” Gong Yu Bai took a napkin to wipe her lips before patting her back, “Director Xiao isn’t that good, you shouldn’t care too much.”

“I don’t care!” Luo Qing Chen gave a cold snort,” If you’ve seen her, you should knew that her getting the role of Xia Qi Qi definitely wasn’t based on her abilities.”

“I know.” Gong Yu Bai replied. His expression gradually became deeper as he looked at her and said, “Your fiance helped her.”

While she had been admiring the clouds all afternoon, he had unconsciously opened up the search engine when he was supposed to be focused on his work.

He typed in the three words ‘Luo Qing Chen’.

He never thought that this information would come with another man. He had some impression of this man, but it wasn’t a deep impression.

Especially the keywords that gave him a bit of a headache.

After reading most of the articles, he found that he was unable to read them anymore.

His mind was filled with those keywords, just like movie clips!

“Ai! Ai, ai, ai!” Luo Qing Chen turned over and looked at him while sitting cross legged, “You can mock me for anything, but please don’t associate me with this person Jin Yi Xuan! Who wants to be put with that scumbag!”

“He’s cheating on you?” Gong yu Bai didn’t know whether to act serious or smile when he saw her agitated appearance.

Should he not care or care too much……