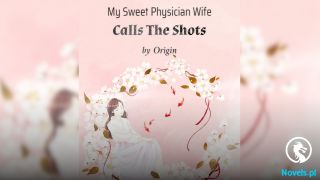 Ten minutes later, there was an announcement in the cabin.

“To all passengers, because a passenger on the plane has had a heart attack and needs immediate surgery, we will be making a temporary stop in Chile. Our company expresses our deepest apologies for the inconvenience this brings.”

In the end, the flight didn’t keep going and decided to make an emergency landing in Santiago.

As soon as she got off, Luo Qing Chen felt one thing.

After getting off the plane, some passengers still decided to continue to the South Pole. Luo Qing Chen looked at Gong Yu Bai, it seemed like he hadn’t decided to keep going.

Luo Qing Chen thought about it and started heading in his direction.

But before she could take a single step, the stewardess called out to her.

“Miss Luo, can you come with us to the hospital?” The stewardess said in a very polite voice, “The hospital called us and told us that they wanted to know the patient’s values when she first had the heart attack.”

“I remember that I wrote it on her wrist.” Luo Qing Chen knitted her brows as she was clearly a bit hesitant.

Her medical skills weren’t considered high, but they weren’t low either.

Before this girl was taken to the hospital, she had already written the values on her wrist for the next doctor to treat her.

“Yes!” The stewardess awkwardly said, “The doctors here can’t read Chinese……They also said on the phone that eastern and western values aren’t the same, so there could be errors.”

But Gong Yu Bai, who had been standing not far away, had already disappeared.

God! What is this? Where did he go?

Luo Qing Chen felt a bit anxious. She had followed Gong Yu Bai to show off, but before she could do anything, she had already lost him.

There was the stewardess beside her who kept on talking.

“Miss Luo, if you can, please come with us to the hospital……”

Luo Qing Chen closed her eyes before suddenly opening them, “I got it! Let’s go now!”

After arriving at the hospital, Luo Qing Chen learned that there really was a difference in domestic and foreign medical care.

Luo Qing Chen explained the girl’s situation to the doctor in fluent English and ten minutes later, she was pushed into the operating room.

“It really has been hard on you today!” The stewardess said with a bow, “Our airline has already reserved a room for the passengers that will stay in Santiago today, I’ll take you there now!”

Luo Qing Chen gave a yawn and looked at the surgery lamp, “No need! I’m not planning on going to the South Pole anymore.”

“Eh……” The stewardess gave a nod and then handed a business card to Luo Qing Chen, “Our airline will provide a return ticket. You can call me anytime you need it.”

Luo Qing Chen took the card and looked at it before saying, “Thank you.”

The main reason was that she didn’t know where Gong Yu Bai was now. If he returned, what would she go to the South Pole for!

Was it that hard to see penguins?

Luo Qing Chen stayed at the hospital for a bit as she went onto Weibo.

As expected, what she did on the plane had instantly reached the top trending charts.