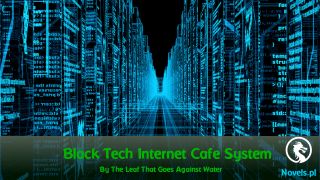 Luo Qing Chen pushed up her large sunglasses and muttered with a sigh, “It seems like this Gong Yu Bai really is a bit difficult!”

[Does the host need the system to check the male lead’s affection of the previous host?]

Are you trying to make me angry?

So you think that I need it?

Luo Qing Chen blinked before thinking: Could it be that there was a plot that she didn’t know about?

Alright! Tell me the affection!

[Ding, the male lead’s affection for the previous host is zero.]

Although Luo Qing Chen had screamed this out in her heart, she really was very angry.

Since she was also a popular star, she used the exclusive VIP gate in each airport.

Luo Qing Chen had a big luggage bag on the left and had her right hand in her pocket, which contained a picture of Gong Yu Bai.

After all, she really had never seen this person before. Although this Gong Yu Bai really was handsome, it would be embarrassing if she made a mistake.

The VIP gate was very quick in their processing and Luo Qing Chen was brought to the first class cabin.

There weren’t many seats, but they were luxurious. Although she didn’t know which seat Gong Yu Bai bought, with her sixth sense, she could tell that this kind of man definitely would buy a first class seat.

There weren’t many people in first class and other than two old couples, there was only another couple and a girl who was in her early twenties.

Luo Qing Chen’s seat was by the window, but she didn’t take off her sunglasses that covered half her face even after getting on.

Gong Yu Bai’s seat was next to hers. Although there was a corridor in between them, Luo Qing Chen could see his face out of the corner of her eyes.

It really was a dazzling face. It was a perfectly carved face with distinct features, as well as a pair of cold glowing eyes.

He just sat there so casually with a Mac laptop in front of him, but that was enough to make people feel that he wasn’t ordinary.

Luo Qing Chen took out a notebook and a pen from her bag and after the plane took off, she kept making notes.

When a person wrote aimlessly, they would write what was one their mind.

Then there was a ‘ding’ in her head as her pen slipped and fell by Gong Yu Bai’s feet.

Of course, this definitely wasn’t a ‘coincidence’ and was deliberately done by Luo Qing Chen!

“That, I’m sorry, but can you help me grab my pen?” Luo Qing Chen politely asked as her eyes covered by the sunglasses met Gong Yu Bai’s deep gaze.

He gave a slight nod and slowly picked up the pen before handing it back to her, “Here.”

It was a very cool and magnetic voice that had a bit of a chill to it.

When she was about to take the pen, the girl who was in her early twenties came over to Gong Yu Bai with a smile, “God Yu, can you give me your autograph?”

She quickly took Luo Qing Chen’s pen without even asking and then raised her arm, “Just sign my arm!”