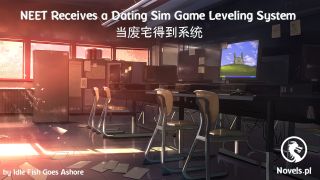 But Jin Yi Xuan was wrong, Star Group indeed had many talented people.

In the end, the second female lead role could only be played by an unknown actress, Chen Xiao Yi.

A series that was filled with popularity had become abandoned in a single night, this was something that neither Xiao An or Jin Yi Xuan would have imagined.

That night, after Luo Qing Chen finished her shower, she laid in bed and logged onto her Weibo account.

She posted at the right time and gave a fatal blow to “Youth”.

Luo Qing Chen V: Sometimes things are fated in life and sometimes it’s better not to insist and wait for a fortuitous encounter.

A few minutes later, the post she sent had several thousand comments.

The previous host was a popular actress, but she hadn’t handled the matter of “Youth’s” audition properly.

She cared too much about Jin Yi Xuan that she ruined her life over this small matter.

This time, she would definitely do every single thing right.

Even if Gu Fan Fan’s Mary Sue halo was strong, she definitely wouldn’t repeat the mistakes of the previous host.

Luo Qing Chen looked at the comments on Weibo while drinking some cucumber water that the butler made.

After reading a few pages, her lips couldn’t help curling.

Kite: God! This is our Seven Seven’s first work, alright? Can the director be at least a bit serious when choosing roles!

Small Whale in the Sea: 666! The first and second female lead has never been seen before. It’s really speechless that they’re relying on our Yi Xuan alone to make it popular!

Xiao Xiao Likes Eating Cakes: He, he! I can feel my Qing’s grievances from her words! The entertainment industry really is dark. A person who came out of nowhere can play the female lead, I really don’t know what benefits the director received!

-Cutie: What other benefits are there other than sleeping with them!

Smile and Dreams: @Cutie, I don’t think that you can say that yet, there’s no stone hammer still!

Cutie: @Smile and Dreams, there’s no stone hammer, but based on the outlines in the July promotional posters, it’s clear that it was my Qing. Although no one could see it, the outline was the same.

-Forever Accompanying Qing: @Cutie, +10086, we can see that it was our Qing. It had been decided and it was changed overnight.

Barik: I’ll just see what this Gu Fan Fan can do with Xia Qi Qi. This kind of female lead, the author will be crying over a toilet, alright?

She didn’t post on Weibo when they first announced the female lead. She let this matter build up for a while which made the comments even more heated.

When the unknown actress was announced as the second female lead, it was enough to push “Youth” to the headlines if she made a post now.

Not to mention that this post was very profound.

When she was preparing to get her beauty sleep and then see the penguins early next morning, her phone rang.

It was a special notification sound that made her knit her brows. As expected, it was a message from Jin Yi Xuan!

(Luo Qing Chen, what is the meaning of your post? ——Jin Yi Xuan)

“He, he, he, he.” When Luo Qing Chen saw this message, she laughed sitting in her bed and then quickly sent a reply.