Support
Random Novel
I Woke Up Piloting the Strongest 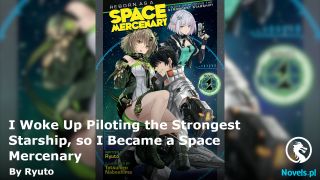 She sent the message almost right away.

Facing this nasty man with the coldest attitude.

After a while, her phone rang.

But this time, it was no longer the exclusive ringtone, but rather a very normal ringtone.

This kind of a man wanted an exclusive ringtone? Keep dreaming, alright?

(You don’t know at all? What is the meaning of your post? ——Jin Yi Xuan)

Jin Yi Xuan who was standing in front of the full window from his eighteenth floor house looked very annoyed.

Just a few minutes ago, he had received several calls.

It was from the crew of “Youth” and it was about Luo Qing Chen.

He always felt that he had clearly defined his relationship between Luo Qing Chen, but now they seemed even closer.

He was very annoyed with this feeling. He had already had a bad attitude when he talked to Luo Qing Chen and now it was even worse when he was in a bad mood.

Luo Qing Chen thought about it and before she could find the ‘right words’ to attack with, Jin Yi Xuan sent another message.

(Fan Fan is a newcomer, if you have any dissatisfaction, come at me! Don’t do these petty things! ——Jin Yi Xuan)

To be fair, Luo Qing Chen really was angry when she received this message.

If a person like her was angry, there were only two ways of expressing it.

And the second was being a tentacle monster. (Explosive hand speed)

She chose the second this time.

(Yo! Is there something wrong with you? Why do I need your consent to send a post? ——Luo Qing Chen)

(What does it mean? Exactly what it means! Can’t you understand? If you can’t, you can go back to elementary school and learn Chinese again, alright? ——Luo Qing Chen)

(You’ve repeated that Gu Fan Fan is a newcomer many times! Let me ask you something, how does that even relate to me? ——Luo Qing Chen)

(Finally, who are you? What are you coming to me for? Jin Yi Xuan, you really are giving yourself face. The brain is a good thing, but not everyone seems to have one. ——Luo Qing Chen)

Then she pressed in the upper right corner and blocked Jin Yi Xuan, not accepting any of his texts.

In the memories of the previous host, Luo Qing Chen naturally knew that Jin Yi Xuan had quite the temper.

Actually, this was the better way because the more you ignored him, the angrier he would become.

But Luo Qing Chen wanted to curse him, curse him from the bottom of her heart.

After cursing him, she didn’t give Jin Yi Xuan any chance to say anything. That would definitely be the best way to anger Jin Yi Xuan to death.

In the Jin Manor.

There was a “peng” sound as the iPhone X was slammed on the ground.

Jin Yi Xuan had his hands on his hips as his face turned red. Lying on the floor, there was a single can’t be sent on the screen of the phone and a reminder that……it was rejected.

He never would have thought that Luo Qing Chen would treat him like this. This feeling was like someone who was completely obedient to you suddenly stabbing you with a knife one day.

Jin Yi Xuan clenched his fists and punched the window, “Just you wait!”

Luo Qing Chen got up early and dressed up before heading to the airport.

She thought that there wouldn’t be that many people on a flight to the South Pole this early, but……the airport was filled with people.

People would have thought that it was a concert as 6:30 in the morning if they didn’t know better!

No! Perhaps it was more appropriate to call him god Yu!